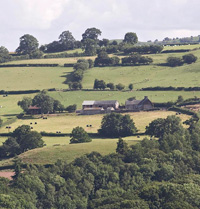 Food production needs to be turned into a tourist attraction to make consumers understand the value of food and make them feel connected to agriculture.

Speaking at the CLA Game Fair in Warwickshire on Saturday (24 July), Lembit Opik, former-Liberal Democrat MP for Montgomeryshire, said the industry needed to make itself more welcoming and appealing to consumers to gain more public support.

He told attendees at a debate on whether the countryside should be a theme park or a place for farming that combining entertainment with farming was vital.

“If we are really clever we can make production of food into an attractive tourist activity,” he said.

“What’s stopping you from charging people to come onto your farm to milk cows and harvest crops?

“We need to tell people that our countryside is their business and make consumers feel like they have ownership.”

Countryfile presenter Adam Henson, who runs a rare-breed farm park in the Cotswolds, said the countryside was an amenity for the public as well as a place for food and fuel production.

“The countryside is a playground, but we have a huge responsibility to produce food,” he said.

“When you invite the public onto your farm there’s a threat with disease and pressure to make sure farms are clean and tidy.”

Mr Henson said the industry had to be responsible about how the countryside was run and how people were welcomed into it, but it was vital people were encouraged to take an interest in farming to be entertained and educated.

“More and more people want a connection with the land and want to know where food comes from,” he said.

“Now’s the time to drop the barrier and tell them the truth.

“UK agriculture is riding on the crest of the wave with the strength of the pound and we need to make the most of  it because it wont last forever.

“We need to have consumers in our pockets when that change happens.”