Harper Adams University has been named modern university of the year in the The Times & Sunday Times Good University Guide 2017.

The university, based near Edgmond in Shropshire, has also climbed 14 places in the guide’ s league table to 36 – the highest position held an institution which became a university after 1992. 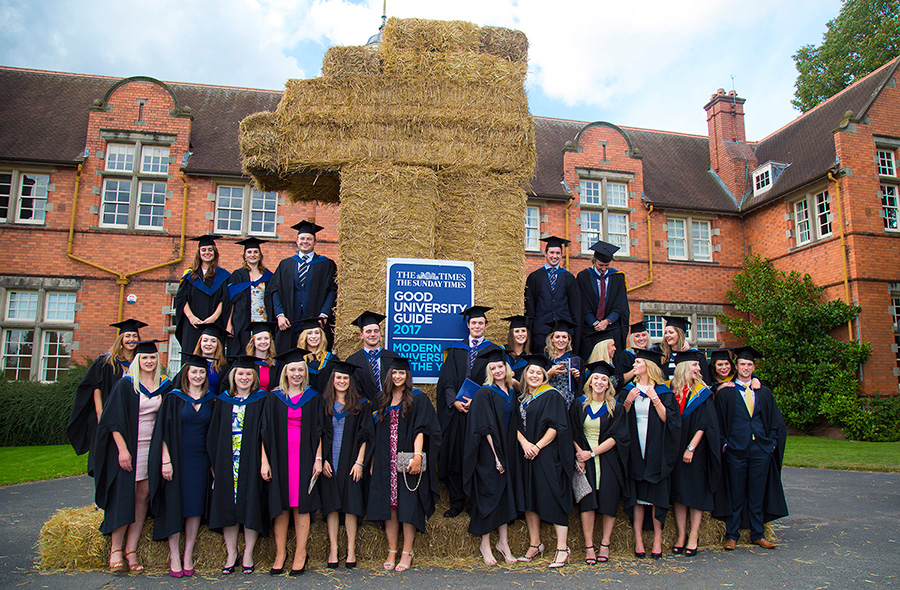 “We are thrilled to have been awarded the title of modern university of the year in the Times & Sunday Times Good University Guide 2017,” said vice-chancellor David Llewellyn.

“We have, once again, significantly improved our league table position over last year, based on a lot of hard work by our staff and students and a determined focus on the quality of the education that we provide in our academic community.”

Alastair McCall, editor of The Times & Sunday Times Good University Guide 2017, said of the Harper Adams award: “The distinctiveness of a Harper Adams education makes it stand out in an increasingly crowded higher education marketplace.

“It is the premier institution in the country in its specialist area but this award recognises its wider achievements in providing high-quality teaching, an outstanding student experience and top-class facilities.”

Harper Adams was named university of the year at the Whatuni Student Choice Awards in April.

It holds the joint second highest UK University graduate employment rate – 99.4% – according to the Destination of Leavers from Higher Education Survey, and is in the top 10 universities for student satisfaction, as determined by the National Student Survey.