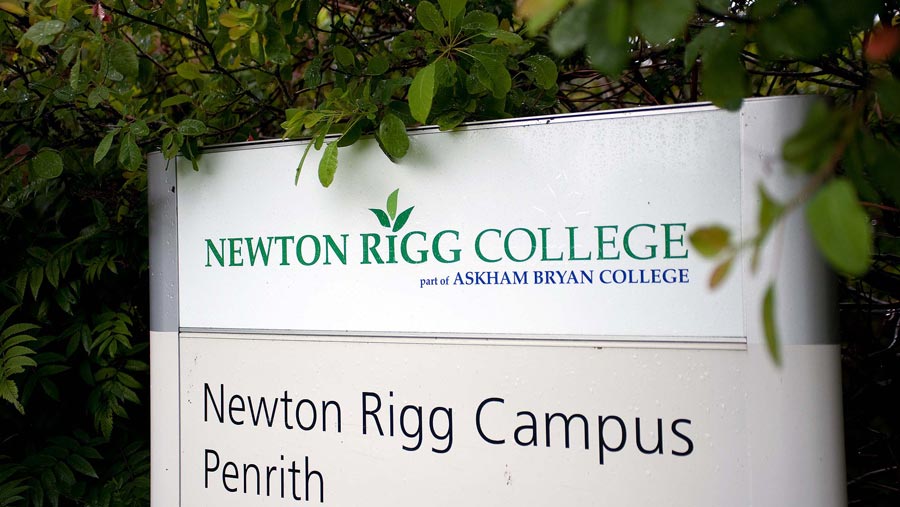 The government has been urged to step in at the last minute to save Newton Rigg, Cumbria’s last remaining agricultural college, from closure.

York-based Askham Bryan College, which owns Newton Rigg, revealed it had put the college and its assets on the market from Tuesday (4 May) onwards, prompting huge disappointment in the Cumbrian farming community.

The two farms – Sewborwens Farm in Penrith and Low Beckside Farm in Mungrisdale – have been put up for sale through Savills Estate Agents for £5.5m and £1.725m, respectively. Farmers Weekly has asked Savills to provide details of the expected market price for the Newton Rigg campus.

But community-led organisation Newton Rigg Ltd, which has launched several multimillion-pound bids to acquire the college site, said selling it would be beyond acceptable.

The group claimed that Newton Rigg’s land and buildings, with a market value of £8.3m, were transferred to Askham Bryan College at no cost in 2011 on the basis that educational provision would continue. But Askham Bryan says it “strongly refutes” this claim.

“Whatever mistakes led to this disaster, the government can still take action to save Newton Rigg College,” Newton Rigg Ltd said in a statement. “Give it back to Cumbria and we’ll make it work; let it go and it’s lost forever.”

On 29 April, a group of cross-party MPs on the Environment Food and Rural Affairs (Efra) Select Committee published their findings following an inquiry last month into the future of land-based education, including Newton Rigg College.

Neil Parish MP, the chairman of the Efra committee, has written to education secretary Gavin Williamson, saying key questions must still be answered about the proposed sale of Newton Rigg and its assets.

Mr Parish wrote: “Prior to 2011, when the site was owned by the University of Cumbria, such a disposal would have been prevented by an asset deed.

“However, as [minister for apprenticeships and skills] Gillian Keegan’s letter of 16 April set out, the government deemed this unnecessary when Newton Rigg was transferred to Askham Bryan, as the new owner was a further education provider. In retrospect, this policy decision appears to have been a mistake.”

Neil Hudson, the MP for Penrith and the Border and an Efra Committee member, called on the government to confirm whether Askham Bryan was within its legal rights to sell Newton Rigg.

“If they are, we are asking government to ensure that Askham Bryan live up to this moral obligation so that we can secure a long-term future for land-based education delivered here in Cumbria, which is exactly what our inquiry heard that Cumbria needs, and indeed must have,” he said.

But Tim Whitaker, Askham Bryan’s chief executive and principal, rejected claims of asset-stripping and said it had invested £4.4m in capital and incurred substantial losses supporting the Newton Rigg site.

“The college has never had the power to nullify the asset deed,” he added. “Therefore, the college did not nullify the deed when it acquired the Newton Rigg site in 2011.

“As an independent, self-governing organisation and exempt charity, we are legally able to continue with the Newton Rigg campus closure and sale.”

Newton Rigg is set to close this July with the loss of more than 100 jobs. Askham Bryan said 536 students based at the college this academic year were being supported with careers information, advice and guidance to help them plan their next steps.