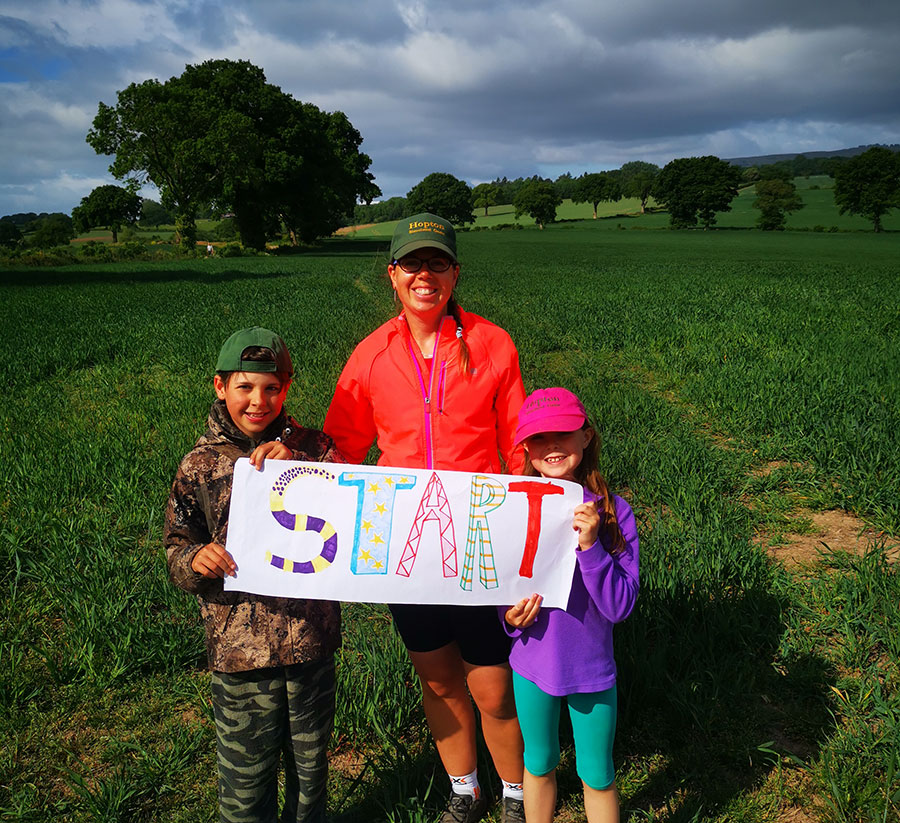 A runner who had her marathon event postponed because of coronavirus has used a farmer’s fields in Shropshire to complete the distance and raise more than £500 for charity.

Helen Morris was due to take part in the Liverpool Rock ‘n’ Roll Marathon on Sunday (24 May) but instead laced up her trainers and ran two-mile laps through four of her neighbour’s fields to complete the 26 miles.

Mrs Morris said she was “relieved, exhausted, but thrilled” after crossing the finish line at Little Stepple Farm, near Cleobury Mortimer in Shropshire.

She was cheered on by her children Fraser, 10, and Dax, 8. As well as husband, Dave, with whom she runs a commercial game shoot with at Hopton Estate.

“It was a tough run, after 13 miles everything started to hurt and after 20 miles it really hurt, but the birdsong, beautiful surroundings and family support kept me going,” Mrs Morris told Farmers Weekly.

The money raised on her Just Giving page will be donated to the Trussell Trust – which provides emergency food and support to people living in poverty.

“When lockdown began it was quite scary as a mum to go into shops and see empty shelves and worry about feeding my family.

“Fortunately, our farmers and key workers ensured the food chain supply kept going, but it made me think about those people who, even though the food is there, can’t afford to buy it.”

Mrs Morris had trained for the Chester Marathon in 2018 but was injured four weeks before race day and was unable to compete.

It looked as if all the hard work spent training this year would again be undone, after organisers were forced to postpone the Liverpool marathon until October because of the pandemic.

“I had spent all winter training and have been running 20 miles a week in lockdown.

“The longest I had run before was 15 miles so I told my family I would like to do a long run and beat that target. I planned for it to be on marathon day and secretly hoped I would be able to run the full distance.”

Mrs Morris said it was an amazing feeling to complete the race and is already planning her next run.