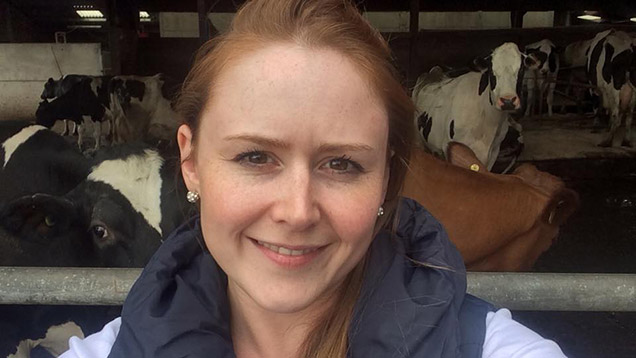 A Lancashire farmer’s daughter has issued a heartfelt plea – through the form of poetry – to the public to support British farming.

Feeling the personal effects of the current milk price crisis, Victoria Bristol is from a dairy farm that has been in the family for more than 55 years.

Victoria’s family has a herd of 80 cows and is currently losing 7-15p on every litre of milk it produces.

See also: Map – Where to buy milk direct from farm

“My father and brother haven’t drawn a wage from the farm since December. We cannot afford to take the wages out.

“My brother goes out to work after working on the family farm for free at present, as he needs another job to pay his mortgage,” says Victoria, who has written this poem to the public:

Waking at 6 for the milking,

Rounding the cows with the pup.

Breathing in the first air of the day,

All before the madness need be up.

Ready to give us their precious white silk.

We clean and we feed them a plenty,

And into the jar goes the milk.

They’re bedded better than the master,

They lie on mattresses of wheat,

They have mats for walking and laying on,

And to be comfy under their feet.

The farmer he loves his black and white beauties,

Often more than the wife,

But sadly the day is a coming,

When they won’t be in his life.

The milk price is at it lowest.

He’s constantly at a loss,

With all the bills that need paying

It’s not a good time to be the boss.

So we ask our British public,

To get behind farmers nationwide.

And help us to promote the British milk and meat,

And get the prices on side.

Or the farmer will hit snooze on the alarm clock,

The buildings will fall into disrepair,

The cows will be gone for the slaughter

And your shopping will come from who knows where.