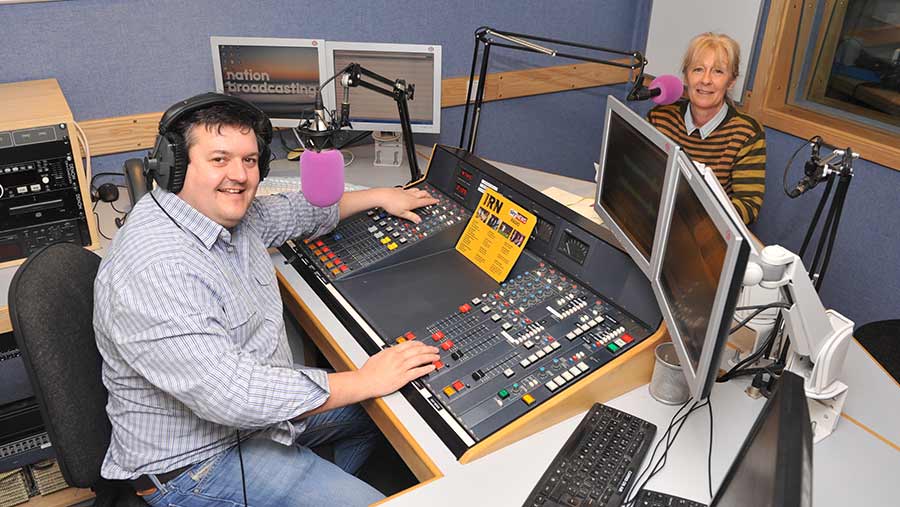 The conversation can be very one-sided for a natural storyteller and chatterbox who spends much of the working week with a herd of dairy cows.

A cow, after all, can’t appreciate issues associated with milk price volatility or cheap lamb imports – but 15 years ago dairy farmer Will Prichard found a conduit for such discussions.

“I have never been one to shy away from the stage,” laughs Will, recalling the moment he was offered the chance to become a presenter on Radio Pembrokeshire, which had launched a few months earlier, broadcasting from a studio in Narberth.

“The station had an hour to fill with local news stories from rural Pembrokeshire, specifically agriculture,” recalls Will, who at that time was chairman of Wales YFC’s rural affairs committee.

As an accomplished public speaker, he was a favourite for the presenting role, but the station wanted two hosts.

Will had never met his sidekick, Sarah Miller, until the day he arrived at the studio to record the inaugural programme.

Sarah had studied agriculture at Harper Adams and worked as a supermarket buyer. In pursuit of the smallholder’s dream, she had then moved to rural Pembrokeshire with her young family.

For the station, they represented the dream team of the Pembrokeshire-born and bred commercial farmer and the good-lifer.

They share an on-air rapport that is characteristic of many enduring broadcasting partnerships, but that chemistry wasn’t immediate.

“Because we didn’t know each other, it was like working with a stranger for both of us,” says Will.

But as the weeks passed, the partnership gelled through a similar sense of humour and that connection was soon bouncing over the airwaves.

“I take the mickey out of Sarah when she struggles with pronunciations of Welsh names and she ribs me about the more intensive farming systems that are less popular with the public,” says Will. 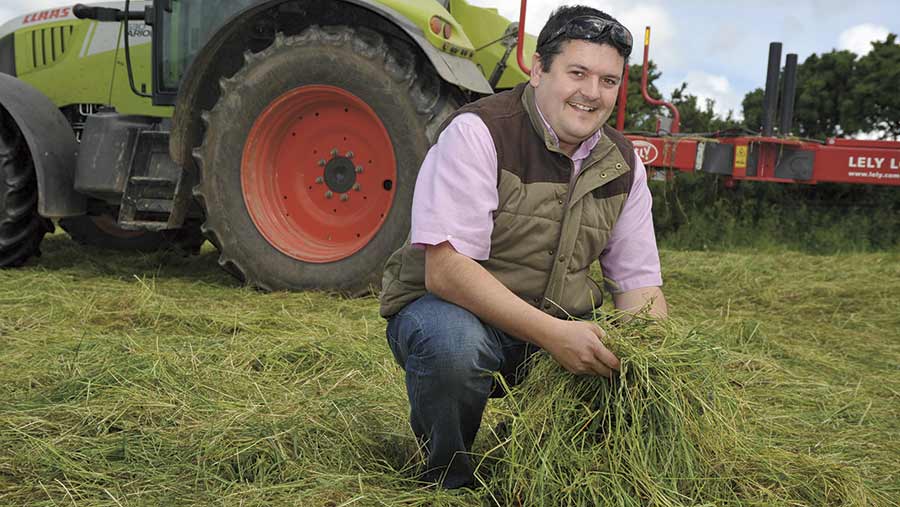 He inherited his gift as an orator from his grandfather, Arthur, who was an accomplished speaker and a key figure in the NFU. That skill was honed at Eisteddfodau – Welsh festivals of music, literature and performance.

Will was encouraged to participate in the competition by his mother, Mary, and in 1982 he triumphed in the under-nines recitation in a second language at the Urdd National Eisteddfod in Pwllheli, sharing the stage with Aled Jones, at that time a little-known singer who went on to achieve fame with a cover version of “Walking in the Air”.

“Aled won the under-nines singing competition. You could say that our careers have run in parallel ever since because we are now both radio presenters, Aled on Radio 2 and me on Radio Pembrokeshire,” laughs Will.

The content of Will and Sarah’s show is decided by them and they admit to approaching it as farmers first and foremost.

“We are fairly opinionated. If I’ve had a farm inspection that week I don’t hold back with my views on that,” Will admits.

The show’s overall format has endured, and altered little since it launched.

“We have three strong news items in the hour, but it’s important to bring character and charisma to subjects that can be sterile and relatively boring, like CAP reform,” says Will.

Many listeners are farmers, but a significant number who tune in at 8am on a Sunday morning are not. This represents a challenge as Will and Sarah don’t want to patronise their farming audience, but need to present the information in a way that makes it clear to other listeners.

“We try not to dumb down the content. I get annoyed when I watch CountryFile and hear one of the presenters referring to a steer as a castrated male, but most viewers wouldn’t know what a steer was so these are the things we must bear this in mind when we are addressing our listeners,” Will says.

His views as a farmer and his impartiality as a journalist can at times be tested, as was the case when he interviewed Jim Paice, when the former farming minister was chairman of Will’s milk buyer, First Milk.

“First Milk was going through a difficult time and I found it difficult to remain impartial.”

Then there was the time when he interviewed Defra minister George Eustice at the Pembrokeshire County Show and tried to cajole the politician into declaring that the show was superior to the Royal Cornwall Show.

It’s not a struggle to keep the programme fresh after 15 years – the industry does that, says Will. “There is always something new to report on.”

He has covered some big topics, clearly recalling that day in 2001 when news broke of the foot-and-mouth outbreak, not least because the show had been recorded on a Thursday and the announcement came the following day.

“The programme was going out on the Sunday and it would have been ridiculous if we hadn’t mentioned foot-and-mouth, so we went back to the studio and re-recorded it.

“There have been a couple of times when stories have moved so fast that we have needed to do this.”

These weeks can be challenging because finding the time to record one programme, let alone two, can be difficult.

When Will is not on the airwaves, he runs a herd of 1,000 dairy cows and produces Wagyu beef, marketed under the Natural Wagyu brand, near Letterston.

Will’s wife, Alex, says their weekly discussion about his plans for the show always follow a similar format.

“If I ask him on a Monday what day he plans to go to the studio, he will throw his hands in the air, as if the prospect of finding the time is insurmountable. But he always does – although he will still be 20 minutes late.”

Like the afternoon he was behind schedule on his way to the studio and was pulled over. “The police officer asked me where I was going in such a hurry and I told him I had to be at the studio in 15 minutes to record a radio show.

“He let me go, perhaps because he didn’t want to be responsible for the airwaves falling silent that afternoon. I didn’t let him know that the programme was recorded.”

Although the show does involve some planning, it is largely spontaneous and this in part is its appeal.

“We try to be informal and it’s an opportunity to educate people about what is going on in agriculture. That is what drives us to do the show,” says Will.

There are many upsides to presenting a farming show, not least that it is rare for Will to buy his own cuppa when he’s selling and buying stock at the local livestock market.

“There is always someone who wants to buy me a coffee and discuss something they have heard on the show or a topic they think I should include in the next show. It is then that I realise that people are actually listening.”

Will doesn’t present the show for fame and fortune – geography limits listener numbers and it is no secret that the remuneration from local radio isn’t lucrative.