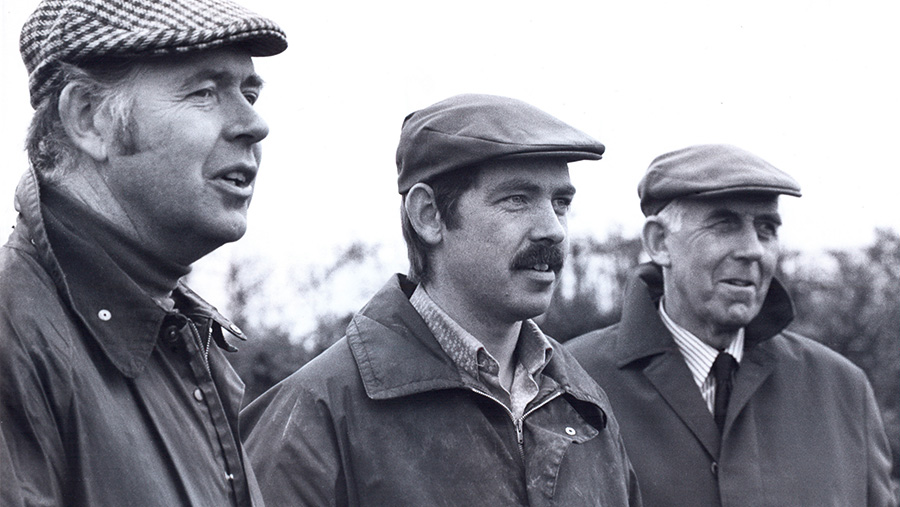 David with his brother Philip and their father Robert © Farmers Weekly

Farmers Weekly columnist David Richardson has written his autobiography. He explains how and why he did it, to help other farmers who would like to follows in his footsteps

The worst thing about writing columns in newspapers or magazines is their impermanence. A few fanatics, like me, save every copy.

But for most people, once each edition has been read, it’s not much more than wrapping for fish and chips. 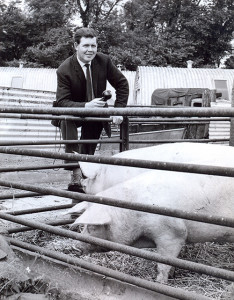 OK, for health and safety reasons fish and chips are not wrapped in newspaper these days.

But you know what I mean.

Andy Warhol said that everyone deserves 15 minutes of fame.Or words to that effect. It’s also been suggested everyone has at least one book in them. I remember using that argument on my father as he approached old age.

“You’ve told us stories and anecdotes for years,” I said, “but if you don’t write them down they’ll be forgotten when you’ve gone and our family history will be the poorer.”

He did write a book about his life of mixed fortunes with the title Some Fell on Stoney Ground. It was first published in 1978 and nearly 3,000 were sold – I still have a few in my loft.

Every now and then, I get a note from someone who wants to buy a copy and I post them one and the pile gets a little smaller. But now he’s no longer with us, our entire family really value that book.

Whether an autobiography becomes commercial through public sale or not, it is important that people who have led interesting lives record their doings, if only for their own friends and relations. And having bullied my father into it, I felt duty bound to do so myself for the benefit of my children and grandchildren.

I’ve kept a diary each day since I left school and they’re piled up in my loft alongside the copies of Farmers Weekly, so checking details was not too difficult.

But I was still amazed at how key facts and past events came back to me once I got my head down to write the manuscript.

I did, however, bear in mind the advice Ernest Hemingway gave to aspiring authors. “Never write all that you ‘know’, even if it’s for a novel. If you do you will produce a boring book.”

In at the Deep End – How a Young Farmer came to Cultivate the Media, by David Richardson

Having written it, the next task was to find a publisher who shared as much enthusiasm for the project as I did. Even for someone with a long-standing record of writing stuff for publication, it’s not easy.

We’ve all heard stories of rejection slips sent back to some, now famous, authors before they found a publisher who believed in them and that their book would sell. And, in this electronic age, there are fewer publishers out there than there were.

Some I approached said things like “You’re a farmer, your book will be too specialist for us – and it’s a very small market anyway.” I looked into self-publishing – otherwise known as vanity publishing. But I was too mean to foot the bill and the idea did not appeal. Further, I feared my IT skills would prove inadequate.

In the end, I contacted an old TV colleague who started a publishing company when he retired from Anglia TV and we have worked together to produce what we both hope and believe will be a good read.

I’ve tried to put into perspective some of the changes I’ve lived through, from food rationing to grain mountains, from YFCs to old-age pensions, and everything in between. 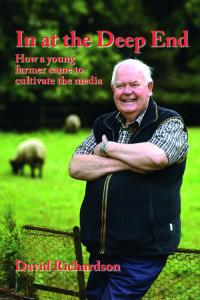 I’ve given my impressions of the notable events I’ve seen, the agricultural VIPs I’ve been fortunate enough to meet and get to know, and some of the places I’ve been. I’ve probably left out enough for another book.

But, re-reading the manuscript to check for typos before publication, I was struck again by how lucky I’ve been. Simply by being in the right place at the right time and not having the ability to say no to opportunities, even when I had little or no training or experience – hence the title.

I’ve travelled the world, often at someone else’s expense, and I’ve met entertaining and erudite people, some of whose influences have changed the course of my life.

And through good times and bad, my farm and family have provided the down-to-earth backdrop to everything I’ve done.

Above all, my life has been a lot of fun and I hope you enjoy reading about it almost as much as I have enjoyed living it.