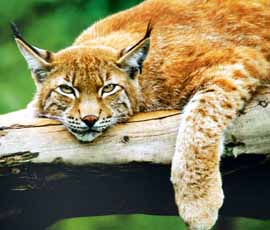 Scientists who carried out tests on two deer carcasses have found no evidence big cats killed them.

Instead DNA tests about the wounds on the deer suggested that foxes mauled them, near Woodchester Park, Stroud, Gloucestershire.

Scientists at the University of Warwick tested 45 samples for the saliva of any dog or cat-related species from the two carcasses, but they failed to detect any cat DNA.

The tests, commissioned by the National Trust, were the first attempts to use DNA to verify rumours that big cats live wild in parts of the UK.

Dr Robin Allaby, of the University of Warwick, said: “Other than deer, by far the strongest genetic signal we found on the Woodchester Park carcass was from a fox.

“That fox DNA was found on the ribs, legs and fur-plucking sites from the Woodchester deer carcass.

“On the second deer carcass, we found canid DNA. A more detailed analysis is under way to pin down the canid species but our expectation is that will also be fox DNA.”

David Armstrong, head ranger for the National Trust in Gloucestershire, believed there still could be something out there.

“People love a mystery like this and although we haven’t found a wild cat, many of our visitors clearly believe there might be something interesting living quietly hidden in Woodchester,” he said.

Have you ever seen a big cat roaming in the British countryside? Tell us about your experiences >on our forum, or email fwfarmlife@rbi.co.uk