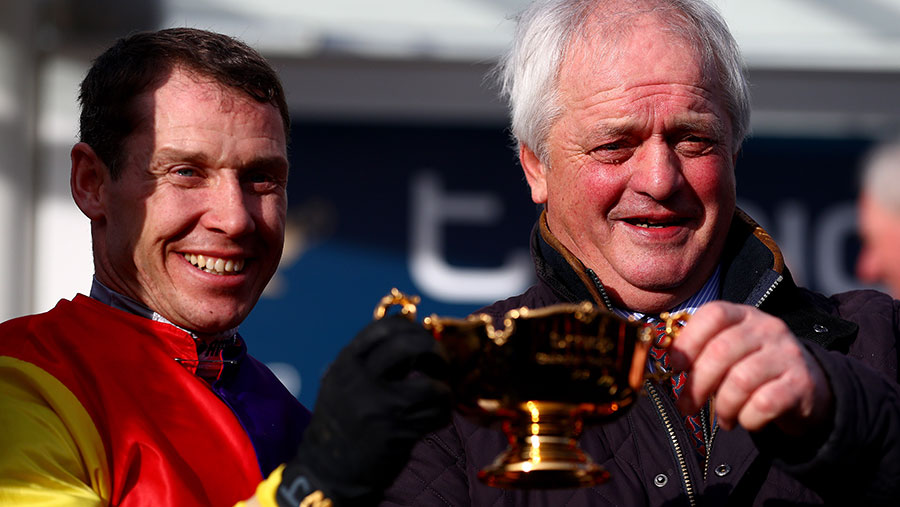 Mr Tizzard said his son Joe, who has taken over the management of the dairy farm, woke at the crack of dawn on 16 March to check their 350 cows had been milked.

By 3.40pm the same day, the Tizzards were celebrating their biggest racing win of their life – victory in National Hunt racing’s blue riband, the Timico Cheltenham Gold Cup.

See also: All you need to know about diversification 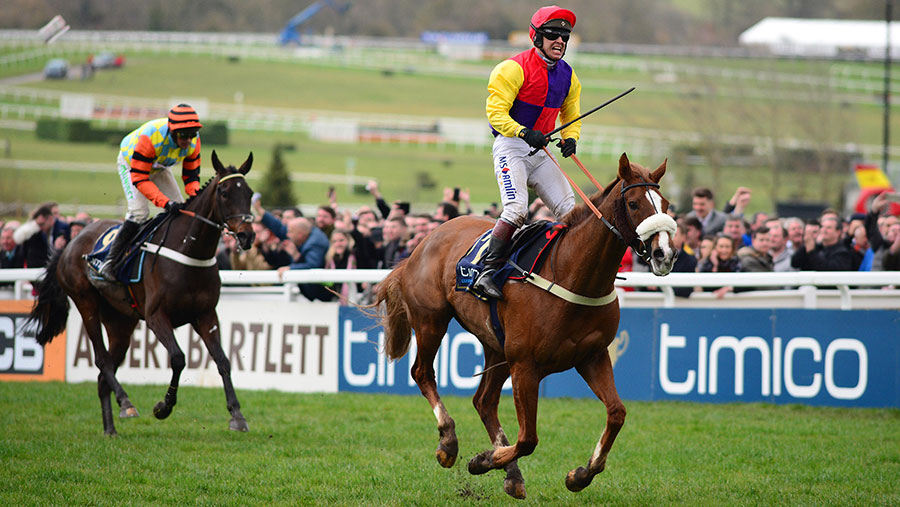 Moments after he witnessed the dramatic win, Mr Tizzard told ITV Sport the victory meant absolutely everything. “It’s unreal. The Cheltenham Gold Cup is everything in everyone’s life and there’s no pretending it’s not,” he said.

Five days after his success, Mr Tizzard told Farmers Weekly that winning the race was still sinking in.

“It’s been an unbelievable week,” he said. “My staff, from head girl down to everybody else, they are just fantastic.

“In the week before Cheltenham, people asked me what my best chance was and I thought it was Native River in the Gold Cup. I did have concerns about the heavy ground, but Richard Johnson was absolutely made for him.”

Hundreds of well-wishers braved freezing temperatures and lined the streets of Henstridge Ash in Templecombe, south Somerset to give the eight-year-old horse and handlers a rapturous welcome as they returned on 17 March.

Native River will also be paraded at race meetings this week. Mr Tizzard plans to give the horse a break then run him in a couple of races before Christmas with the aim of defending his Gold Cup crown next March.

Mr Tizzard was riding out horses on Tuesday (20 March) at his base, East Hill Venn Farm, just outside Milborne Port on the Dorset/Somerset border, which also allowed him time to check over some of his outwintering heifers.

He was born in 1956 as the second son of farmers Leslie and Marjorie Tizzard at Venn Farm, Milborne Port.

But in 1995, he started training two point-to-point horses for his son Joe to ride. Venn Farm Racing now has a stable of 60-plus horses and has amassed more than £2m in prize money.

These days, Mr Tizzard concentrates on training the horses and Joe, a former jockey, manages the dairy farm, under his advice. Mr Tizzard’s two brothers also farm – one of them manages a herd of almost 3,000 organic cows.

“We have got 350 milking cows and 200 followers. We have rented ground to grow the maize on and we grow all our own haylage on the farm, which we feed to the horses,” said Mr Tizzard. 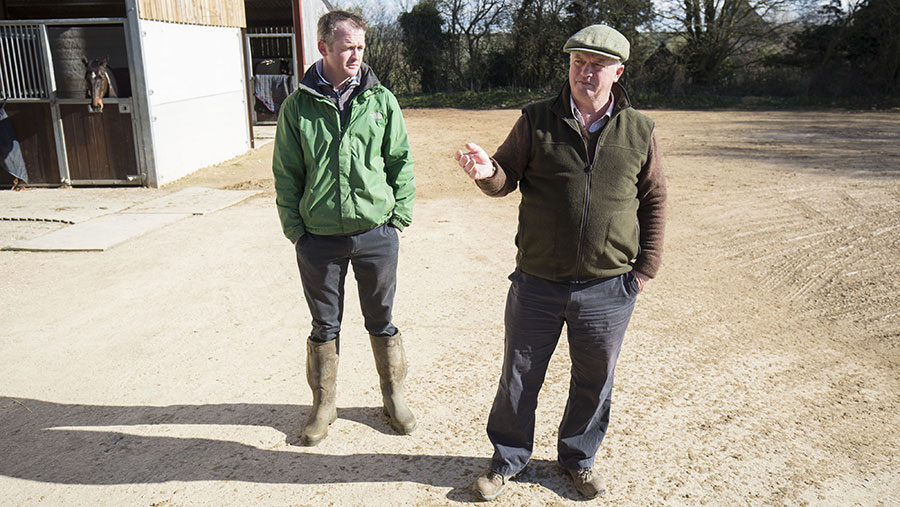 When asked how dairy farming compares with training horses, he said there are many similarities.

“When we started racing, the farm was subsidising my racing habit,” he said. “But in the past few years, the horses have subsidised the farm.

“Last year, our milk price dropped to 20p/litre, then we went up to 32p/litre and we are on our way back down again.

“Horses are very much like that. It’s a very fickle business. But both require your attention 24 hours a day, seven days a week. There’s no let-up.”

As in dairy farming, Mr Tizzard said attention to detail in training horses is equally important. “There are lots of little things that can go wrong with horses. It’s nice to see everything is co-ordinated and everything looks right,” he added.

Venn Farm Racing is a family run business consisting of Mr Tizzard, his wife Pauline and their two children Kim and Joe, both assistant trainers.

It is set in the heart of the Blackmore Vale countryside, based alongside the family’s 202ha dairy farm.