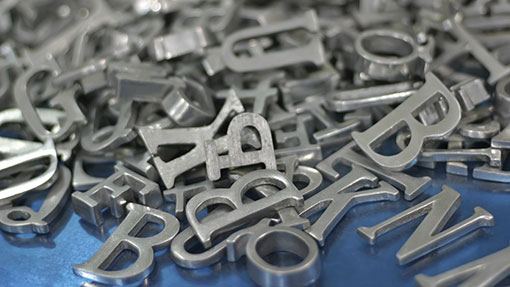 The burden of red tape lays heavy on many farmers’ minds. But imagine tackling the never-ending form filling with a disability that even makes the thought of picking up a pen and paper fill you with dread.

Research suggests that one in 10 Brits has dyslexia – one in 25 suffers from it severely – but Scottish statistics revealed recently show there may be a higher concentration of the problem in rural communities.

The Scottish Rural University College says 25% of its agricultural students now show dyslexic tendencies, requiring them to receive additional support throughout their course. And Dyslexia Scotland says as many as one in five rural residents may suffer from the condition, which usually manifests itself in reading, spelling and arithmetic problems.

NFU Scotland (NFUS) believes it is time something is done to help those in farming who struggle as a result of their condition and has launched a campaign to raise awareness of the issue.

It is not just aimed at the next generation of farmers – it looks to offer support to anyone in agriculture who is put at a disadvantage through dyslexia.

Last month (September) the union hosted the inaugural meeting of the Farming with Dyslexia Working Group.

Chairman of the group, NFUS vice-president Rob Livesey, said: “Our first objective is to continue to raise awareness and then we have to attempt to remove the stigma attached to dyslexia.

“We strongly believe there is huge potential to tap into the talent that dyslexic people in our industry have and help them recognise their own potential for the benefit of all.”

The Scottish statistics may seem high, but Dyslexia Action, a charity supporting people all over England, Wales and Scotland, says it’s important that anyone affected gets the support they need.

Where to get help

It says symptoms can vary significantly – they can be mild or severe and can depend on the individual’s strengths and weaknesses, as well as the support they are given.

A spokesperson said: “We have teaching outposts covering rural areas and we have some pupils who attend from farming families and some who come for information and advice. As the awareness of dyslexia increases, we may well see more people from rural areas attending our centres. Being more of a practical career, it is quite possible that farming is one of those vocations that people with dyslexia are drawn to.”

The charity added that it would be supportive of the NFU Scotland campaign to raise awareness of the issues and that “developing an inclusive culture where all dyslexia sufferers feel secure and supported is fundamental”.

Alun Rees made a conscious effort to not let dyslexia stop him achieving his academic goals.

The 23-year-old, from Llandovery in Carmarthenshire, graduated from Harper Adams University in September after studying towards a foundation agriculture degree.

“I’m proud of myself, and friends and family at home have told me I’ve done well to go to university despite having dyslexia,” he said.

“I definitely had to plan more and have a set system of working which put extra pressure on because it takes a lot longer to do things and I couldn’t afford to get distracted.”

Alun was 10 when teachers spotted a problem with his reading and writing.

“When I was younger it was a lot harder to handle than it is now. I moved to a secondary school which was supposed to be better with dyslexia, but I didn’t like it, so moved back. I was in the bottom class for everything and sometimes got bullied because I was asked to stand up and read something, but couldn’t do it. That made me keen to prove them wrong.”

“In college I had someone to write notes for me, but at Harper I felt I should do it myself. During the first year I got more time in exams and a support worker to scribe for me, which was a great help.”

Now Alun’s back on the family farm, helping to look after 150 British Friesians while running a drilling and sub-soiling sideline business that he’s set up himself.

And as chairman of the local Young Farmers Club he’s keen to show that dyslexia need not keep those in the rural community from achieving their goals.

“Of course it’s been hard to deal with, but to overcome it requires confidence, and sufferers need to build that up over time.” 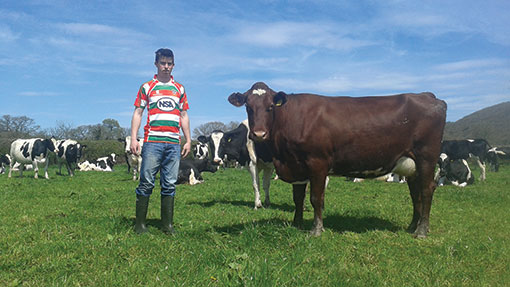 ‘Be aware of the potential for error’

Crofter Sandy Murray says he shies away from reading and writing – opting for face-to-face or telephone communication where he can.

“I’ve always been very slow at taking things in and when I started working part time in the 1980s, work colleagues noticed I was disjointed with my reading and writing,” Sandy says.

“Now I tend to steer myself away from the writing – if I get an email, I like to phone the person back instead.”

Unlike other sufferers, Sandy was never assessed as being dyslexic at school. But he thinks his case is not particularly severe and that it’s never been allowed to get in the way of farming.

“My problem is that I’ve got to read things two or three times to let them sink in and I often get my wife to read forms for me before I submit them because I have the tendency to put numbers the wrong way around. Sixes, nines and eights are often the ones I get wrong.”

Being aware of the potential for error is as much a skill as catching them when they happen, said Sandy, who manages 300 North Country Cheviots and 20 Highland cross Limousin cattle in Strathalladale, on the north coast of Scotland.

“I remember TB testing with my vet and reading ear tag numbers out. I got an eight and a nine mixed up and fortunately he noticed the mistake, but a simple misread could have turned into a serious error if one had been a TB reactor and we’d separated and slaughtered the wrong cow.”

Sandy also sits on the NFUS campaign’s steering committee, which he hopes will raise the profile of dyslexia in rural communities. 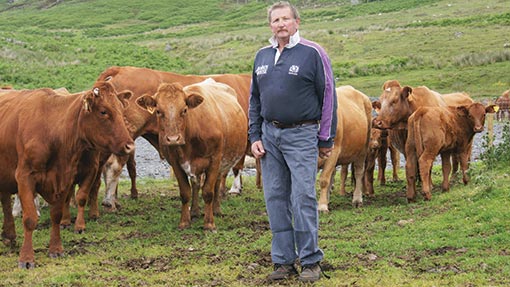 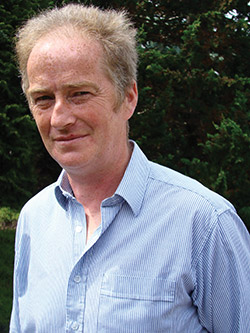 It wasn’t until he was 14 years old that anyone realised that Wigtownshire sheep farmer Sandy McCreath had a dyslexia problem.

“By that time most of my school life was over,” he said. “I had spent most of my time in the lower classes and as soon as they recognised I had a problem with English they gave me even more lessons to try to correct it, which was very frustrating.”

The 50-year-old thinks red tape surrounding the modern farm business is making it increasingly difficult for dyslexic farmers to operate.

“I finished school and came home to farm because it was achievable then but with all the various grants, subsidies and stewardship schemes now, I find it increasingly difficult.

“I’ve put up barns myself that could quite easily have qualified for grants just because of the thought of going through the forms.

“If you make a mistake you pay penalties and lose confidence and find yourself retreating from life.”

Sandy, who has 400 Swale cross Mules, run as a breeding flock in Dumfries and Galloway, admits that there are some positives associated with dyslexia, but that the negatives significantly outweigh them.

“Dyslexics tend to be very practical and think outside the box, which is a really good skill for farming,” he said.

“But I’m single and having to rely on someone else to help you robs you of your confidence and self esteem. On the one hand you want help, but on the other you want to be completely independent.”

Sandy is a leading light in NFU Scotland’s drive to raise awareness of dyslexia in the farming community and is keen to encourage others to come forward and admit they have a problem.

He says that he doesn’t want them to feel isolated.

“Shame plays a major part in others not speaking out and seeking help,” he said. “But we need the facts and figures to be able to show government and the agencies that work with farming that the needs of dyslexics should be taken into account.”

Get the support you need

Dyslexia affects every sufferer differently, but support is available to ensure that its effect on you and your farming business is minimised. Whether you’re looking to grow your confidence or seeking ongoing professional assistance for an employee or relative, there are many options available to you:

“I struggle with the farm’s form-filling”

A simple step is to ask a relative or trusted friend to proofread what you are submitting. You retain your independence, but have an extra pair of eyes to pick up on any errors. If you’re uncomfortable approaching someone you know, charities such as Dyslexia Action and the British Dyslexia Association can advise on finding additional support.

Specialist teachers and assessors will exist locally, so speak to your disability co-ordinator and adviser at your college or university or a dyslexia charity to help you find someone suitable.

“I want to help one of the farm’s dyslexic employees”

The government’s Access to Work initiative is a free specialist disability service that gives practical employment-related advice and support for those working, self-employed or looking for employment.

“Is there any technology available to help my dyslexia?”

“As a parent, what support is available for my dyslexic child?”

Independent Parental Special Education Advice (IPSEA) offers free and independent legal information, advice and support to help get the right education and support for children and young people. Dyslexia Action has also produced a guide for parents on what support you should expect from your school.