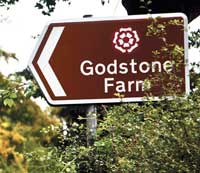 The farm at the centre of last year’s E coli outbreak is facing legal action after lawyers announced they are preparing to demand “substantial” damages for 28 victims.

Many of the victims were children, some of who are still ill with kidney damage.

The legal action is being prepared ahead of the release of a Health Protection Agency report on the outbreak, due out on Tuesday (15 June).

Lawyer Jill Greenfield, who is acting on behalf of the group, alleges Godstone Farm was negligent in the way it handled the outbreak.

“This strain is very different from general E coli,” she told the BBC.

“It’s a potentially deadly bacterium that affects the young and the elderly. It’s up to farms to give people the proper information about it.”

She said some victims could be affected for many years, with children needing kidney checks when they are five and again as they reach adolescence.

Some may even need dialysis or a transplant, meaning their financial needs could be substantial.

“They have to have the money they need to help them live their lives,” she added.

Godstone Farm said it would not comment on the legal action until the HPA’s report was released.

The farm was forced to close last year after 98 people were taken ill and animal droppings tested positive for the bacteria.

Three other farms across the UK also closed amid E coli concerns.

The World of Country Life farm, in Exmouth, Devon, voluntarily closed its deer run and animal petting areas on the advice of the HPA after three children who visited the farm contracted E coli.