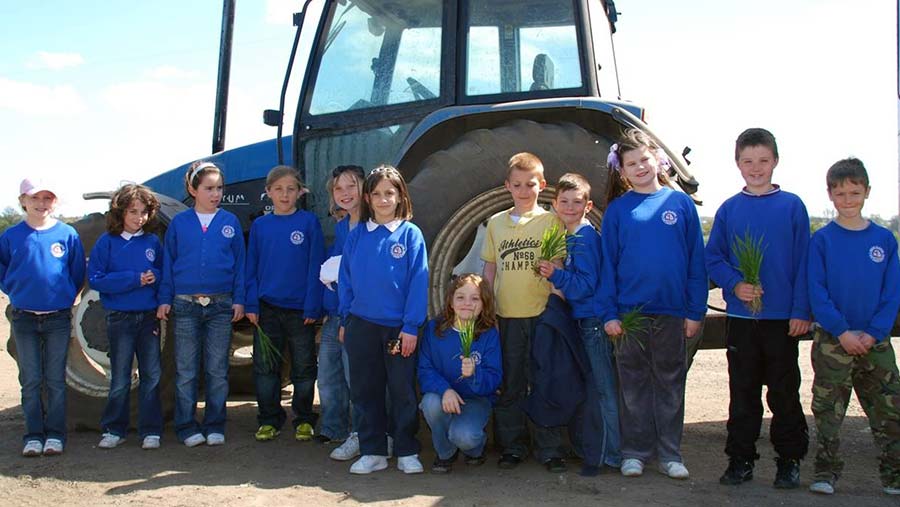 Fierce campaigns by activists pedalling fake news about farming means it has never been more important for farmers to educate the British public about agriculture.

We are forever being reminded that a shocking number of British consumers remain clueless about where their food comes from and how it is produced.

It is little wonder that, last summer, a survey of more than 27,500 children, run by the British Nutrition Foundation, revealed that almost one-third of children thought that cheese came from plants, tomatoes grew underground and fish fingers were made of chicken.

The encouraging news is, children and young people have a strong appetite to learn more about food and farming.

“Children are so willing to learn, they’re like sponges,” says Essex farmer Chris Philpot. He runs Barleylands Farm, just outside Billericay, with his brothers Andrew and Stuart and his father, Peter.

This fourth-generation family farming business hosts educational workshops for 16,000 primary and secondary school children each year, linking farming and food with pretty much any subject on the curriculum.

They have an abundance of indoor and outside learning resources, including an old barn that has been transformed into an interactive museum full of old farm kit and interesting artefacts, such as spearheads, which have been unearthed on the farm.

Working with teachers to tie agriculture and food in with most aspects of the school syllabus is the job of the farm’s education officer, Karen Watson. Getting kids cooking with fresh farm produce is central to what they do here.

“It’s all about getting children out of the classroom and on to the farm, but relating what we teach them about to subjects such as geography, science and food technology,” she explains. 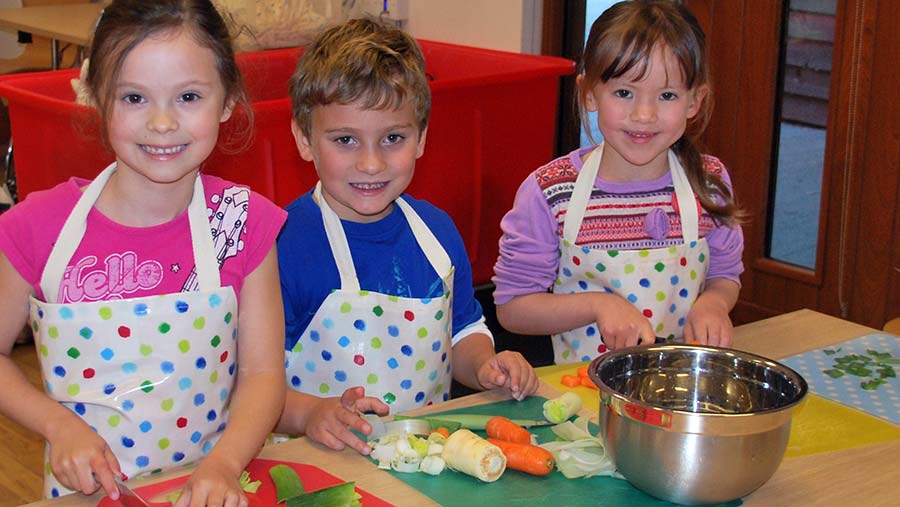 This sometimes means getting creative, but Karen and her team always manage to make farming fit in with whatever the children are learning about at school.

See also: Open Farm Sunday: Why you should get involved

“One of the more interesting ones was linking food and farming to the beach, because that’s what this particular school was teaching at the time.

“Well, you have an ice cream on the beach, which is made from milk, and milk comes from cows. There’s always a way to link back to farming,” she says. 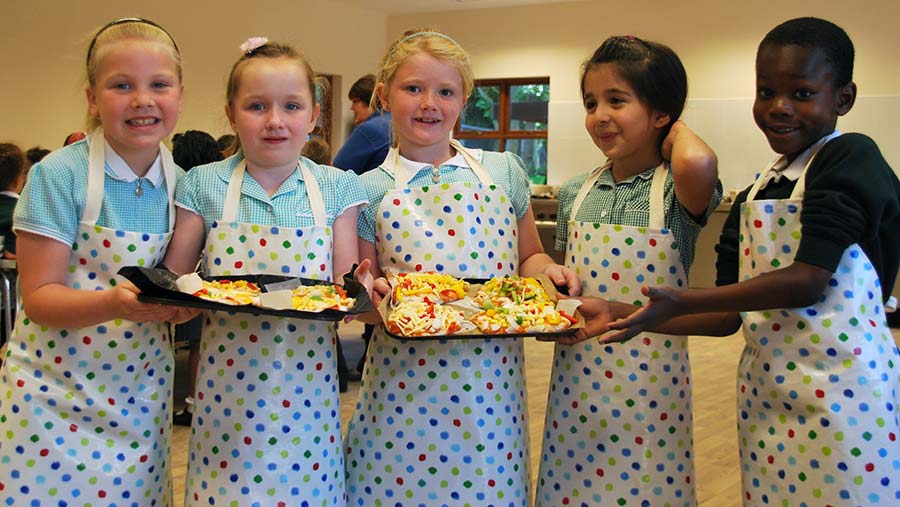 As former finalists in the Farmers Weekly Awards Diversification Farmer of the Year category, the team now have schools visiting almost every week of the year from across Essex and parts of east London.

In the last academic year, the farm hosted 70 new schools, and 37 new schools have already made their first trip since the current school year began in September.

For Chris and the team, this side of the wider farm business is all about working with the public to make sure they fully understand what farmers do and why it is so important to support local producers.

He admits that farmers aren’t always the best at engaging with the public, but stresses that more needs to be done to win over the public.

See also: Hunt is on for FaceTime a Farmer collaborators

“It’s a PR game, and farmers are not really equipped or trained to deal with the general public. I was just taught how to grow a crop of wheat at college and that’s pretty much it.

“It’s a team effort here and everyone has such a passion for teaching children about where their food comes from.”

In fact, some of their education staff are former teachers who came on school visits and eventually joined the team because they were so enthusiastic about the educational value Barleylands provides.

While the scale and extent of this particular farm diversification will be too much for many to replicate, Chris says anything that farmers feel they can do to engage with the public and dispel myths about agriculture is bound to help secure the future of the industry.

Project PR – what farmers can do