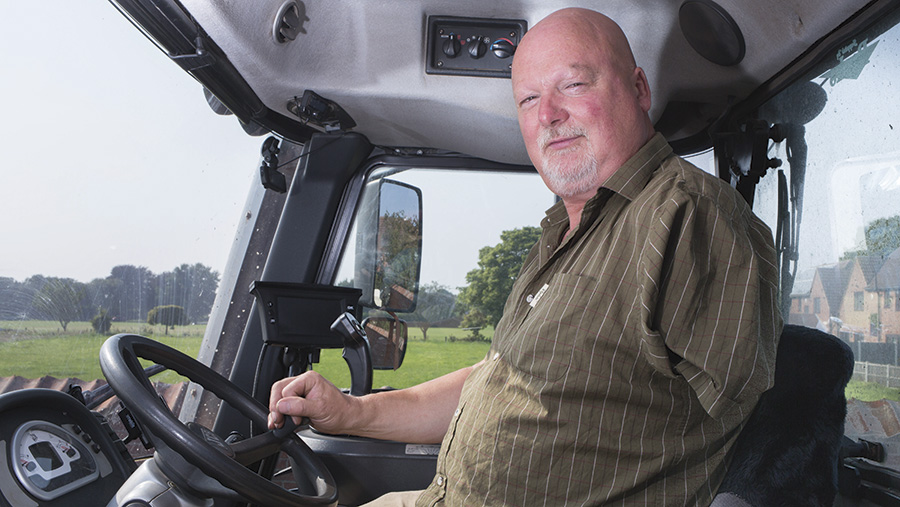 It was a hot day on 6 August 1998 – a date Gainsborough-based contractor James Bannister will never forget.

The sun was shining and he was dressed in a T-shirt because the air-con had packed up.

It meant it was too warm for the new overalls he still had rolled up in his tractor cab – something that could well have saved his life.

He was working with a team mate; they had just finished a field of white potatoes and were readying themselves to move to another field of reds.

As usual, they were conscientiously running the machine through to clear it before starting the new crop.

Mr Bannister’s memory then blanks until the terrifying moment he realised he was fighting the power of the machine as his left arm was pulled in.

Somehow he had fallen into the harvester and instantly become entangled in the haulm rollers, crushing his arm and leaving him powerless.

The trailer driver quickly shut off the machine and, still conscious, Mr Bannister yelled at him to get a bar out and wind the machine backwards to free him.

However, after releasing the pressure his arm started to bleed heavily as if he was tipping a jug of water on to the ground.

It was a sound he will have forever etched on his memory.

Still conscious, it took two-and-a-half hours for the emergency services to free him before he could be airlifted to a Sheffield hospital for immediate surgery.

“I thought I had probably lost my arm when I was trapped in the machine but, as I lay in the helicopter, I had to hold my left hand across my body and it was then I knew things were really bad.

“In hospital I was asked if I was right or left handed before I signed my consent form for the surgeon to deal with it.”

After two major operations taking more than 10 hours, Mr Bannister came round, facing a new life with only one arm.

Adrenaline helped power him through the following days, weeks and months, adjusting to the many frustrations he had to tackle in the process.

In the end, all he wanted to do was return to work. 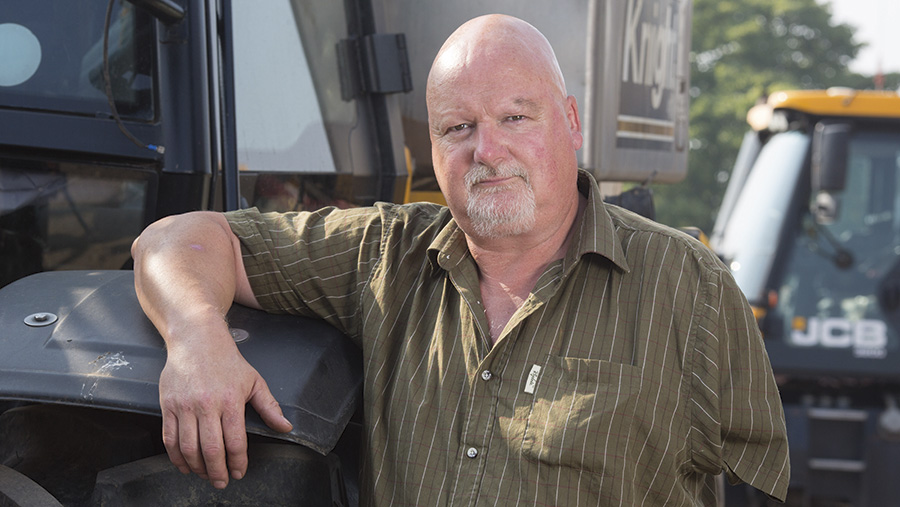 With a four-year-old son and two step-children, life was not straightforward for the family.

Although Mr Bannister was determined not to let his injury hold him back, he inevitably struggled with dark days as simple tasks became complicated and difficult.

The breaking point came when, after six months, Mr Bannister was his given notice because his employer felt he would no longer be able to carry out his previous duties.

“I tried to put on a positive outlook but I felt incredibly down. Being told I could not do my job was devastating, but I knew I could not give up.”

His previous love of trial biking provided a useful focus in the recovery process and, within only a month of the accident, he was able to carefully ride his much-loved trial bike around the yard.

Life continued for the family, but in 2006 Mr Bannister finally hit rock bottom.

“I had financial problems and eventually my marriage broke up under the strain.

“This was probably my lowest point after the accident, but equally it drove me into a new and exciting chapter.

Spraying over 200ha on an average day on the Canterbury Plains gave much time for reflection, and, while lonely at times, he was motivated to restart his life when he returned to the UK in June 2009.

He slowly picked up spraying and tractor driving work, before taking the plunge and buying a JCB Factrac 2135 and a Knight demount sprayer in 2011. His new contracting business, JLR Farm Services, had begun.

Work gained momentum and muckspreading also became an integral part of the business.

After hiring machines to manage additional work, he added a new Case 230CVX tractor on contract hire and bought an 18t trailer.

He also took over local sprayer contractor’s business and rented his yard, which laid the foundations for the future.

Mr Bannister now has a solid customer base spraying 600ha and spreading more than 11,000t/year of manure.

As for any concerns about his disability, Mr Bannister took a telehandler refresher course in 2015 and runs tractors with a ball on the steering wheel to allow him to steer one-handed with ease.

“I still have frustrating days in the workshop but I have learned when to ask for help.

“I still don’t like people staring at me, but at least I am now confident in getting the job done and running my business successfully.

“It’s been a long 18 years, but I think I have proved that anything is possible.”

“The most important message is switch off your machine. I never want anyone else to go through this and nothing is worth the risk,” he says.

I am living proof that it can happen so easily and I had to take responsibility for my accident.

“Luckily, I was only wearing a t-shirt and not full overalls or that day things could have been even worse.

The guard on our machine had annoying catches that got in the way and so they were removed.

“We were all aware of safety, but it’s never worth taking the risk – whether dealing with a pto shaft or running machine – always switch it off and never cut corners.