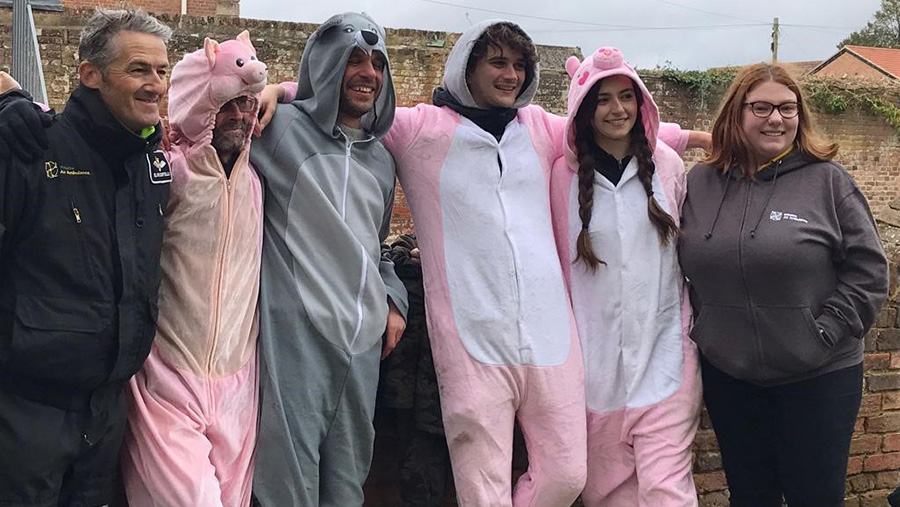 A Wiltshire farmer wearing a pig onesie has abseiled down a church to raise money for the county’s air ambulance.

Cameron Naughton took on the challenge of walking down the side of St Mary’s church tower, in Devizes, on Saturday (6 November).

The pig farmer was joined by his son Alasdair and his partner Hannah for the abseil, which has raised more than £2,500 for Wiltshire Air Ambulance.

Dressed in a big bad wolf costume and patrolling the church was minister Wes Poirot.

Mr Naughton, of West End Farm in Bishop Cannings, said the charity is a crucial service for rural communities. 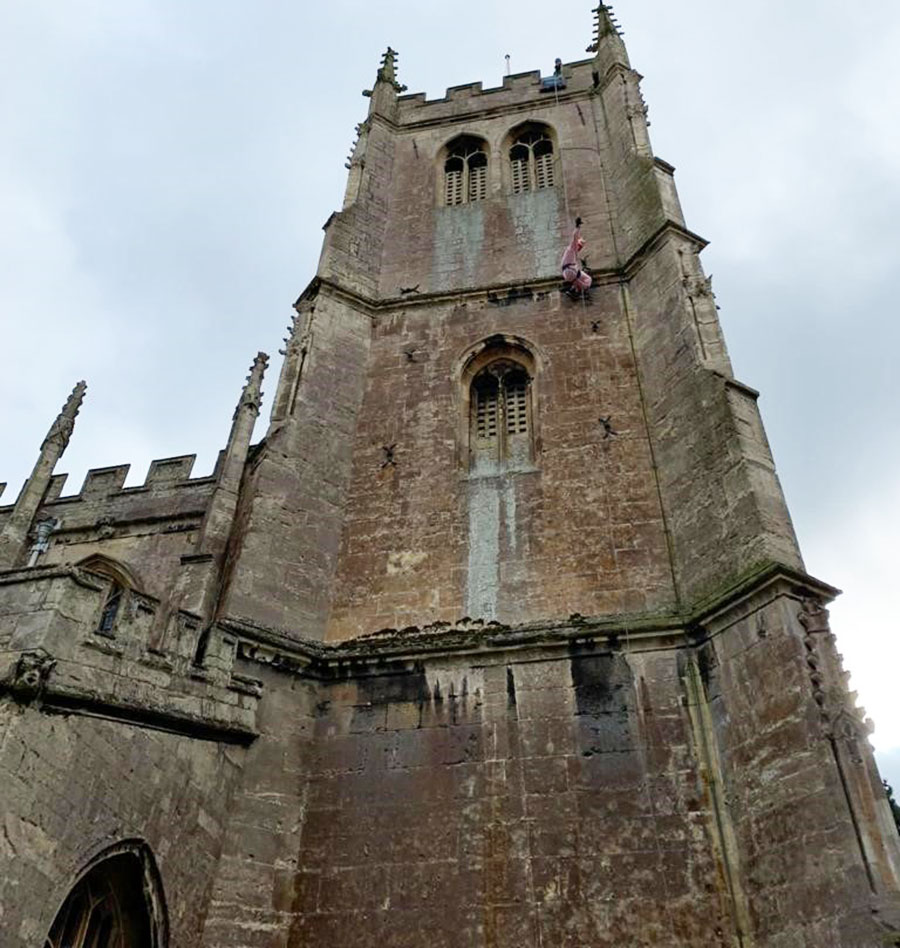 “We have had to use the air ambulance on our farm, and if you asked other farmers, most of them will know someone who has needed it too,” he told Farmers Weekly.

“I have been incredibly humbled by the support and the money raised for a really good cause, particularly in these difficult times for the pig industry.”

Mr Naughton’s farm manager, Peter Drew, fell and hurt his back about six years ago and the air ambulance was called to the farm.

“He ended up in one of the pig wallows and was plastered from head to toe,” Mr Naughton said.

“The pigs were so curious about the helicopter, we spent about half an hour stopping them from tipping it over. That would have been embarrassing, but both Pete and the chopper were OK.”

The tower is about 30m tall and the descent took five minutes. The fundraisers enjoyed “fantastic views” from the top.

“The Air Ambulance has helped many people who live and work in the countryside, so it is something many people in the industry, including our family, want to support,” Mr Naughton wrote on his fundraising page.

It is the second time the farmer has abseiled the church for charity and he has also completed a charity parachute jump – wearing a pig onesie.

Dying to Feed You campaign

In order to raise the profile of farm safety, Farmers Weekly has launched it’s Dying to Feed You campaign in partnership with Safety Revolution.

Over the next 12 months, we will be telling farmers’ individual stories of injuries and near misses, to encourage a reassessment of the risks involved in day-to-day farming.