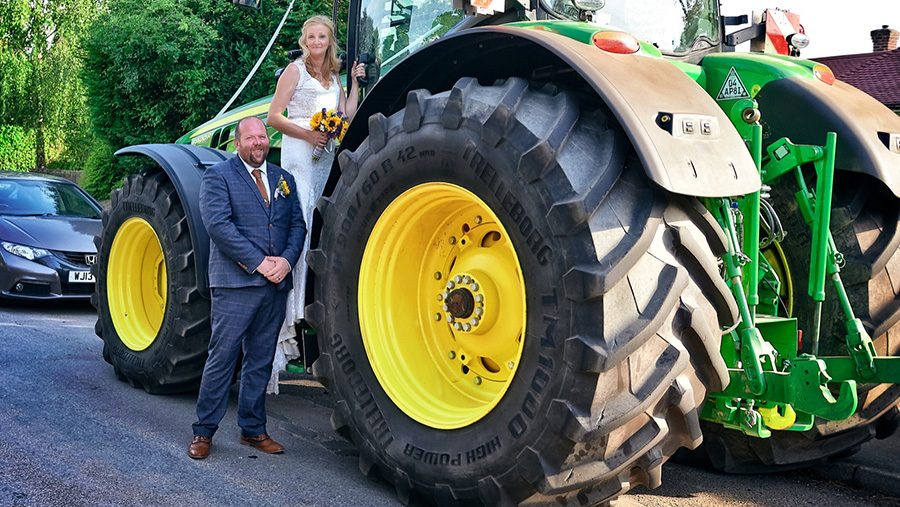 A Nottinghamshire farmer turned up in a tractor to marry his fiancée after their wedding was cancelled twice due to the coronavirus.

It was a case of third-time lucky for Richard and Kerry Phillipson when they tied the knot last month, after a six-week delay.

The newlyweds thanked local tractor dealer Ripon Farm Services in Retford, which loaned them a John Deere 8400R for two days to use as part of their wedding celebrations.

See also: 10 tips for post-wedding bliss on the farm

The couple met on the online dating site Muddy Matches, but their relationship did not get off to the best of starts.

Mr Phillipson, 39, turned up late for their first date and then on their third date, he fell into a bush of stinging nettles.

They eventually hit it off and, six months later, they decided to get married. However, the wedding preparations were hampered by Covid-19 lockdown.

The couple initially planned to marry on 19 June at St Peter’s Church, in Clarborough, Retford, with 50 guests and almost 100 for the reception.

After the government closed churches and announced the temporary cancellation of all weddings, they postponed the big day until 4 July. But the wedding had to be delayed for a third time to 31 July when it finally went ahead.

“There were 26 people in the church, all socially distanced,” said Mrs Phillipson. “The service lasted 15 minutes and my dad could not walk me down the aisle as he did not live in the same household.

“We were the first wedding since lockdown happened – and the last because at midnight the lockdown was in place again.”

They held a small reception in their garden with a marquee and a farm-themed cake. 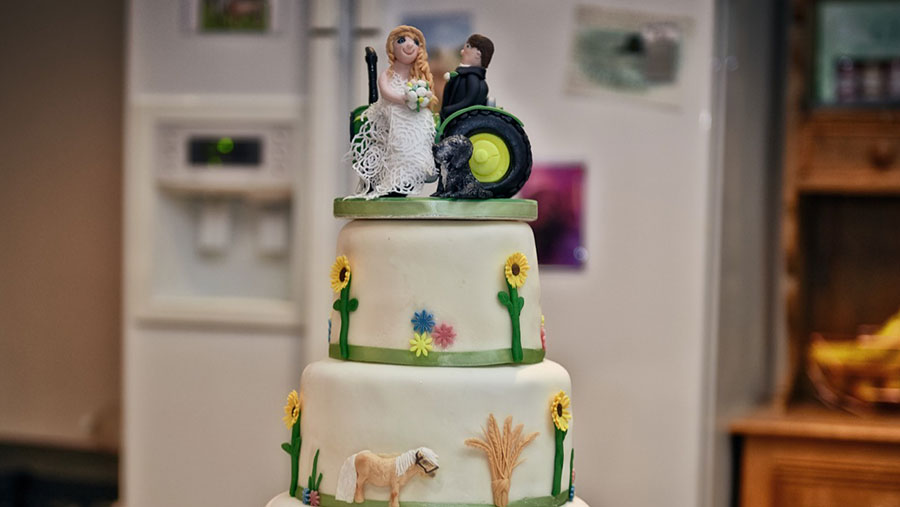 Mr Phillipson runs a 295ha arable farm, which he owns in partnership with his parents, growing wheat, barley, beans and other crops. Whereas his wife has a passion for horses and works nights as a team manager at a residential unit for people with learning disabilities.

They admit that it is hard to find time to spend together, but try to support each other as best as they can.

“I leave at 9pm and get home at 8.30am. We are like ships passing in the night,” said Mrs Phillipson.

“Farming is a lonely job with long hours. If Richard is still out working, I will take him some food and spend time with him in the tractor.”

The couple will have to delay plans for their honeymoon until the new year because Richard will be busy at harvesting, then drilling crops.

“We both have passions which mean we can’t just leave everything – me with my horses and Richard with his farming,” said Mrs Phillipson. “If he decides he’s going to combine at 5am, I understand.”

But they say others can learn from their story – especially people who think they will never find love.

“It took me until I was 39 to meet my perfect person,” said Mrs Phillipson. “I must have passed Richard’s farm at least once a week for the past 12 years – then something like this happens when you least expect it.”

Mr Phillipson added: “Hopefully, we will have a bright future together.”