A retired farmer and his 1961 tractor have shared a 874-mile adventure, with a journey from John o’Groats to Land’s End and raising at least £8,000 for the Devon Air Ambulance Trust.

At top speeds of 13mph on the 1961 Fordson Super Major, 74-year-old Vic Brook travelled up to 80 miles a day over 11 days with his wife, Darice, shadowing him in a campervan for support.

His niece, Ros, accompanied him on her bicycle, raising money for Shelter Box.

Mr Brook, who had been farming beef cattle in Doddiscombsleigh in the Teign Valley, Devon where his family also run a haulage business, has owned the tractor for 12 years and restored it for this trip.

He arrived in Land’s End on 15 May, complete with his mascot – a Devon Air Ambulance Trust bear which he plans to sell at auction. 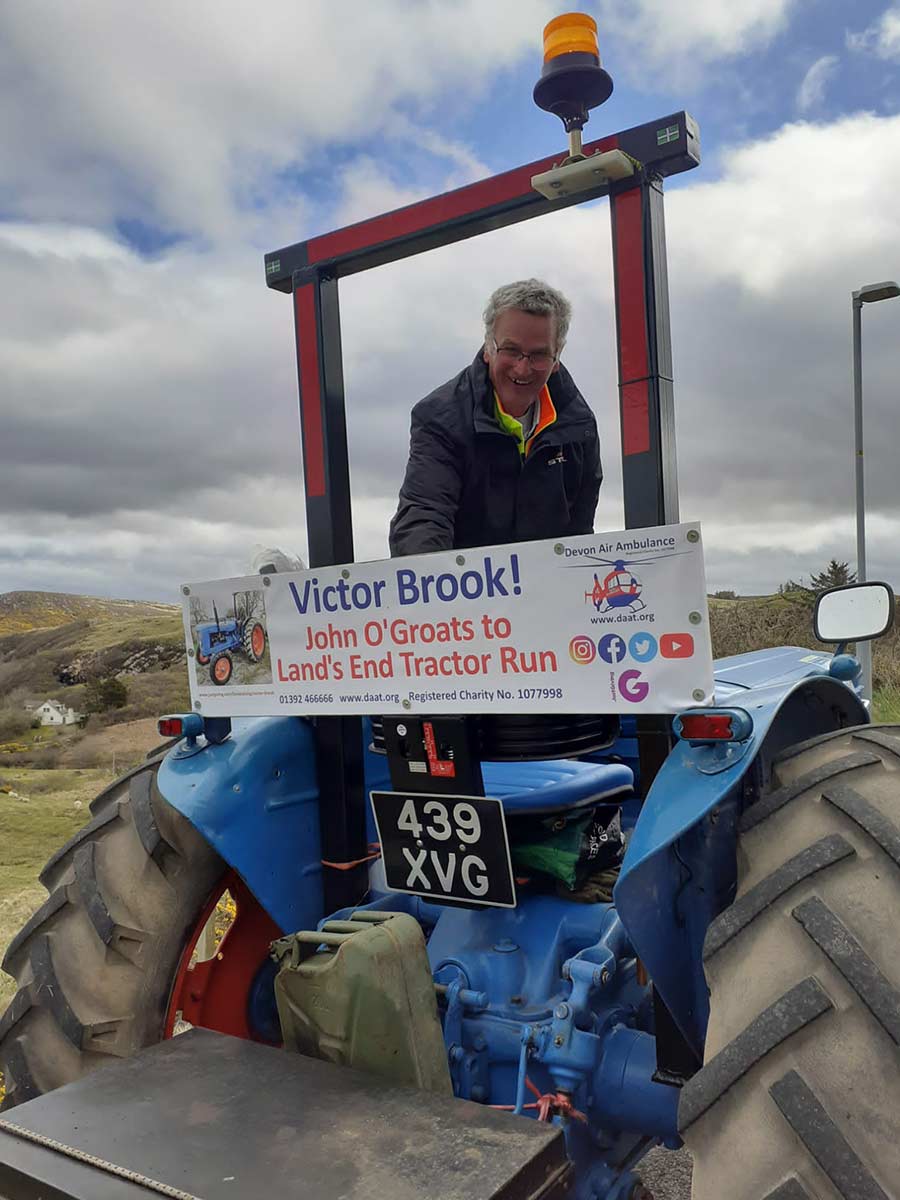 Reflecting on his trip, Mr Brook said he was taken aback by the support and generosity of strangers.

“I wasn’t aware of anyone being annoyed at me for driving slowly – I had a banner on the back of the tractor explaining what I was doing and people were clapping and waving. I was very well received everywhere.

“One fellow followed me in his car for a little while and then hopped out and gave me £20.”

Reflecting on his mammoth trip, Mr Brook said: “The tractor did not miss a beat, and with the bonus of a comfy seat, purchased especially for this journey, I was also in fine form.”

The trust was his chosen charity because he has seen first-hand its life-saving role when the ambulance has landed in his fields to deal with local emergencies, even once helping to carry a stretcher.

“A chap down in the village had a massive heart attack and the ambulance had to get him away very quickly. He is still walking around today thanks to that,” said Mr Brook.

Among the Brooks’ other fundraising initiatives for the trust are Christmas Eve breakfasts in their farmhouse kitchen.