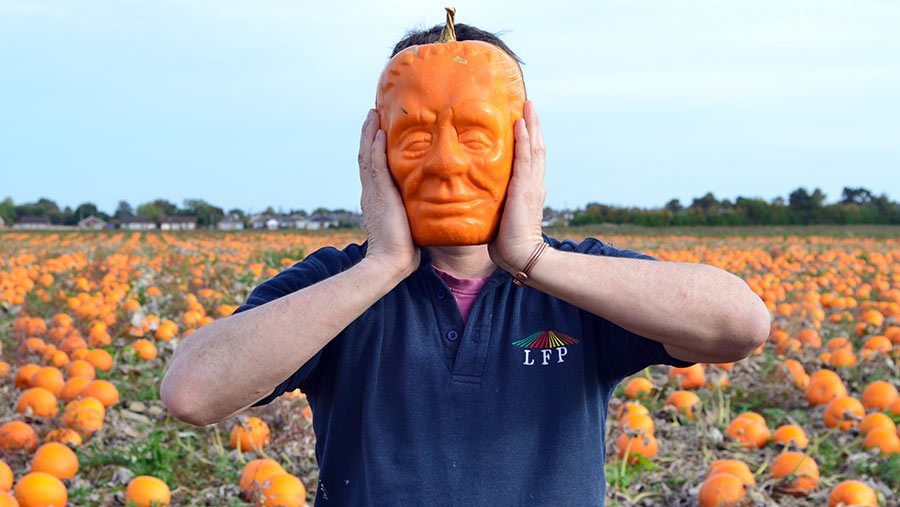 A farm in Lincolnshire has grown a creepy crop of scary pumpkins shaped like Frankenstein’s monster’s head for Halloween this year.

Spalding-based Lincolnshire Field Products grows about 1m pumpkins across 115ha for the UK retail market, but it’s the first time these growers have experimented with freaky-shaped vegetables.

The pumpkins are incredibly detailed bearing all the trademarks of Mary Shelley’s infamous monster creation, including the high forehead, jagged hairline, sunken cheeks and ghoulish expression.

“They’re looking really good – this is the first time we’ve done anything like this at all,” said farm account manager Ben Harris. 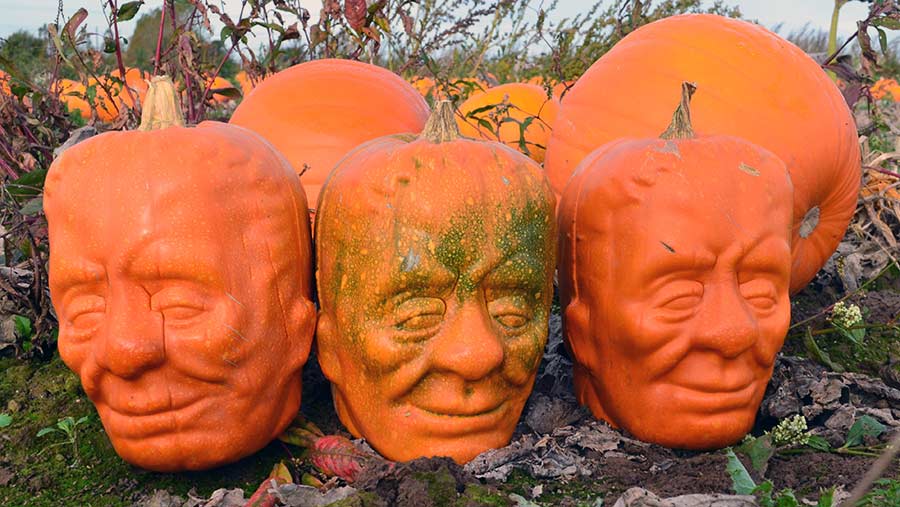 “Morrison’s came to us and asked us if we could do it. We bought some moulds and have produced about 250 pumpkins.”

The limited edition pumpkins – nicknamed Pumpkin-steins in America where they are hugely popular at Halloween – will be sold in Morrison’s stores nationwide in the run-up to 31 October. 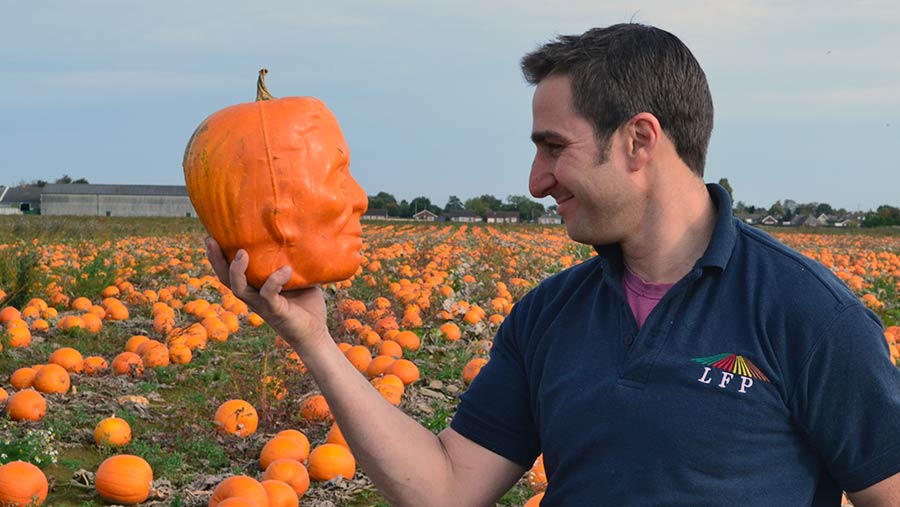 The unusual shape is nurtured by carefully placing a mould around the pumpkin during the early stages of growth.

See also: Job profile: What’s it like to be an arable foreman

It then takes about five weeks for them to grow and fill the mould, taking on the shape of Frankenstein’s head as the pumpkins get bigger. 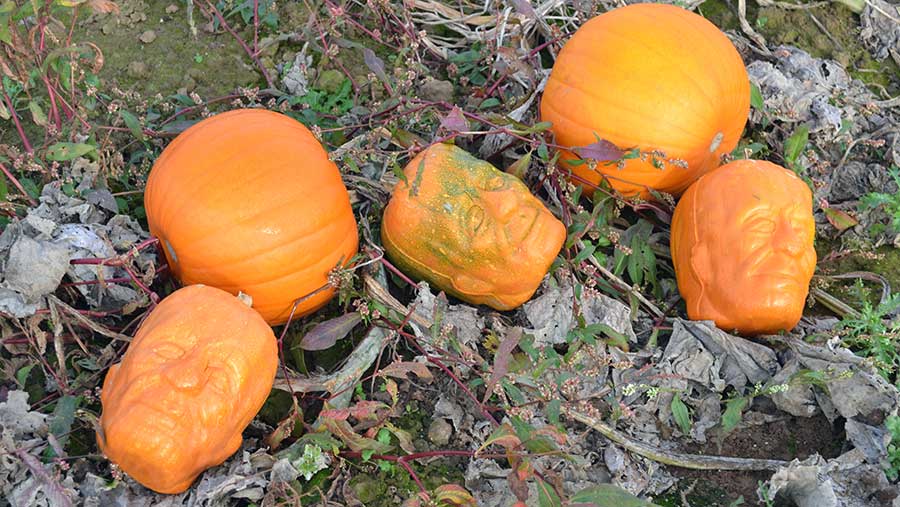 “There certainly seems to be more demand for novelty varieties now. The past four to five years especially, after Christmas and Easter, Halloween has become the third most important event to retailers and fresh pumpkins are all part of the theatre of the displays,” added Mr Harris.

As well as the Franken-faces, Lincolnshire Field Products is also growing a number of white and giant pumpkins for Halloween celebrations.