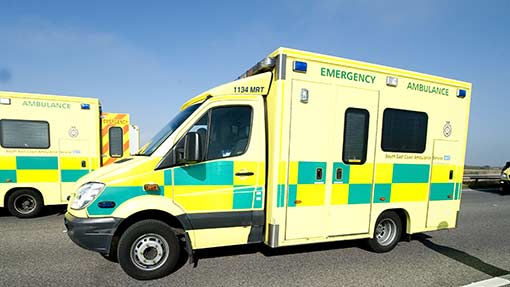 A farmer was treated for back injuries and a potential chest injury after the ramp of an animal transporter fell on him.

The man, aged in his 30s, was reportedly knocked to the ground but managed to escape from underneath the ramp before emergency crews arrived.

He was given pain relief at the scene for his injuries and taken by ambulance to Worcestershire Royal Hospital in Worcester for further assessment and treatment.

West Midlands Ambulance Service was called to the incident at a farm near Malvern Wells shortly after 11.35am on Wednesday (23 April).

An ambulance, critical care paramedics in a rapid response vehicle and a community first responder were dispatched to the scene.