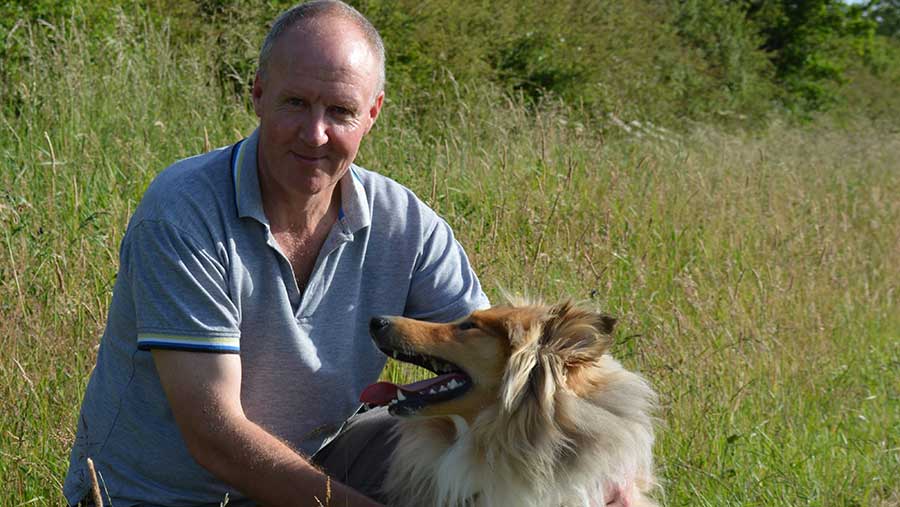 He’ll be on stage on 25 October at The Y Theatre in Leicester as part of the Stand Up Challenge 2017.

The organisers, Big Difference Company – the charity that produces the annual Leicester Comedy Festival – bill the event as an “annual search for businessmen and women who think they’re funny”.

It sees them perform for five minutes, live in front of colleagues, clients, friends and family, while raising funds for a local charity.

Despite regularly appearing on TV talking about farming and environmental issues, this will be the first time the Caldecott farmer has performed comedy live on stage.

“I have done a lot of after-dinner speeches and stand-up seems like a natural progression,” he said.

“It is a terrifyingly exciting challenge, but I am always trying to do things outside my comfort zone.

“People laughed at me when I told them I was going to do this. They won’t be laughing when they’ve seen my act!”

A big fan of surreal acts such as Monty Python, Reeves and Mortimer and Alexei Sayle, former High Sheriff of Rutland Andrew is still working on his routine, but says it’s inevitable farming matters will feature.

He says he’s “not sure whether he’s being brave or stupid – or both”.

Geoff Rowe, chief executive of Big Difference Company, said: “The project is a unique way of getting local businessmen and women to support our work and have a huge amount of fun at the same time. I’m genuinely in awe of those who take up the challenge.”