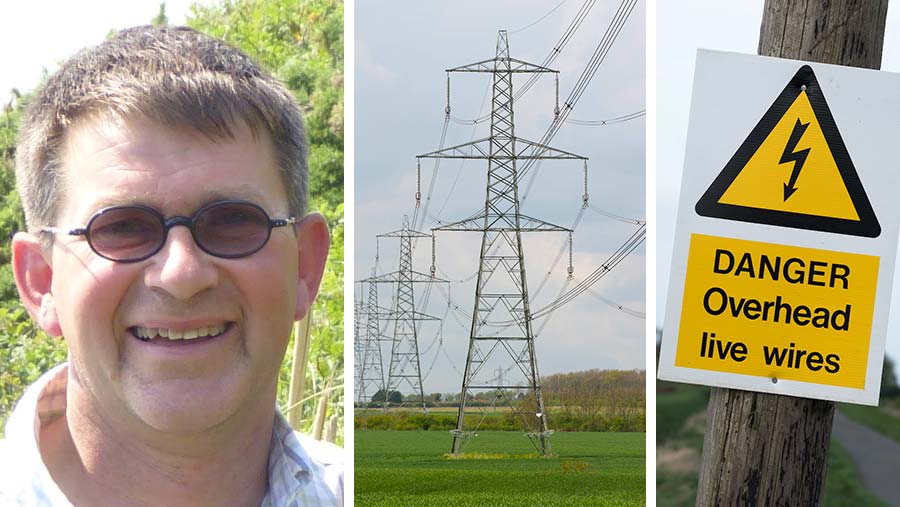 A Cornish farmer who was lucky to survive a horrific overhead power line accident has relived the moment 11,000V surged through his body, shattering the bones in his arm.

A last-minute decision Ian Davey made during harvest had near-fatal consequences when the grain trailer he was towing touched a power line and sent a high-voltage electric current through him as he climbed out of his tractor.

The ordeal made him change the way he works on the farm after the father-of-two realised how close he came to leaving behind his wife and young family.

Arriving at the field with his tractor and trailer to collect the grain from the combine, Ian had a few minutes to spare and decided to tip his trailer into the air, facing towards the sun to dry the floor and help stop the harvested grain from getting damp.

“As I stepped out of the tractor cab holding the metal door, 11,000 volts shot through my body. I was literally stuck to the spot,” said Ian.

“It was about three or four minutes after that when the front tyre of the tractor caught fire. Even though the power hadn’t killed me, if I hadn’t managed to break free then the fire would have.” 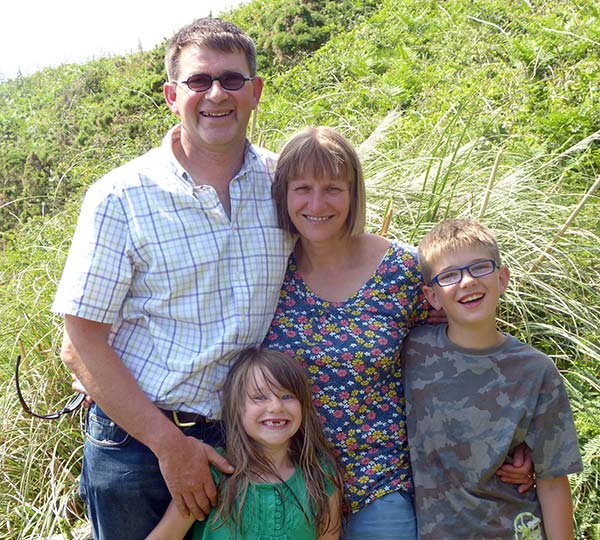 Ian Davey with his wife Helen and two children

The power surge dislocated his shoulder and shattered his arm – Ian was in hospital for nearly a week and was then recovering for another six weeks.

“Doctors told me that it looked as though somebody had smashed the bone with a sledgehammer.”

He now takes extra care when working on the farm and urges other farmers to do the same.

“Farming can be a dangerous occupation and there is so much to do that we rush – but that is when accidents happen.

“It took almost leaving behind my two children and wife to mean I’m now careful and cautious on the farm, always thinking twice before doing anything.”

Ian and his wife Helen support the HSE’s power line safety campaign [PDF]. “Things could have been different for me had I known the advice. If the campaign helps even one farmer avoid a potentially fatal contact with an overhead power line, then it is absolutely worth it,” said Ian.