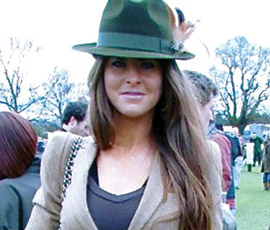 Almost exactly five years ago, farmer’s daughter Jade Holland Cooper pitched up at the Badminton Horse Trials with a car full of handmade tweed skirts, not knowing if she’d sell five or 50.

Five years later her collection is stocked in the luxury shopping mecca that is Harrods and has been worn by David Beckham, Vic Reeves and Jodie Kidd. Her designs were even spotted on the Channel 4 hit First Time Farmers.

Jade is the young founder of Holland Cooper – a luxury countrywear brand run from an outbuilding on her father Oliver Cooper’s Suffolk arable farm.

The 26-year-old designs classic countryside items with a fashionable edge. All the patterns are individually hand-cut from tweed that is woven in Scotland and England and hand-sewn by a skilled team of machinists in Suffolk to create the final product that shoppers see on the hanger.

Like so many successful businesses, the inspiration for Holland Cooper came from spotting a gap in the market. In her first year of an International Equine and Agricultural Business management degree at Cirencester, Jade and her friends went to lots of country events but struggled to find anything to wear. 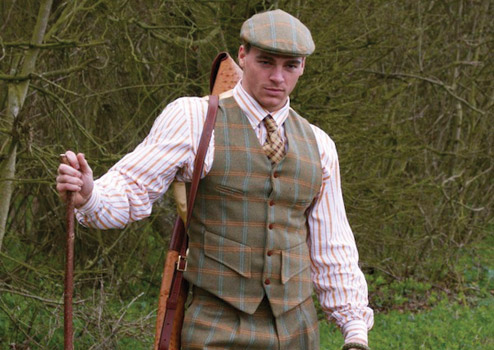 “There were a lot of generic labels that did three jackets, so lots of people were turning up in the same jacket,” says Jade. “You’d never do that at a party, so I started creating things for myself to wear. People used to stop me and ask me where I got it from.”

Confident there was space in the market for luxury countrywear, and with the seed of an idea for a business, Jade started to question the career options her equine degree could offer.

“It was a real tipping point. I didn’t want to diversify the farm into a livery yard – I was very driven and wanted to run my own business,” she said.

The business started small. Jade took a “tiny” stand at the Badminton horse trials to sell tweed skirts. She’d already burned bridges with her college course, so it had to sell.

To make up for the size of the stand, Jade focused on the brand. Everything from the flyers and brochures, all the way down to the price tags, had a mark of quality “so customers didn’t want to throw it in the bin.” 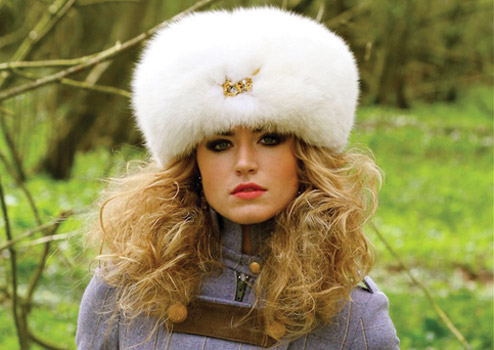 It worked, and the skirts completely sold out.

“The appearance and look of the brand has been incredibly important from day one,” explained Jade. “We were very small, but you can appear bigger than you are if you’re clever with your look.”

Her success at Badminton was the start of a steep learning curve for the young businesswoman, who was just 21 years old. During her first year in business Jade was frequently working 5am to midnight, seven days a week, while her friends were at uni partying.

With no former training in either fashion or business, Jade had to learn everything on the job – from networking at country shows, to approaching factories to produce her clothes.

“It’s very easy to say you’re going to set up your own business when you’re at uni, but I could barely write a cheque,” admits Jade.

“It didn’t happen by accident. It was difficult and reality hit. I’m a social person and I was having to completely cut myself off and immerse myself in the business.”

Country shows proved to be an invaluable platform for the brand – not just to secure vital sales, but because “you never know who’s going to walk in.”

Some of the people who walked into Jade’s stands had stores overseas. Doors opened and Holland Cooper steadily expanded into Hong Kong, Europe and the USA.

Despite international expansion, and pressure to join the rest of the fashion set in London, Jade has no immediate plans to leave her studio on the farm.

As well as the practicalities of having ample studio space and plenty of parking, her location encapsulates her rural brand and helps sell the story of her clothes to customers.

“People in the industry can’t believe it when they find out I’m based in the countryside – they think I’m mad. But international clients love it. It’s a beautiful setting and Americans in particular can’t get enough.”

To fully exploit this, Jade has also started offering a personal appointments service. Instead of buying off the peg, clients are invited to the farm studio to create a bespoke item, allowing them to choose every last detail from the colour of the tweed to the style of the pockets or sleeves.

The countryside location is also a tonic for the stress and pressures of running an expanding international business.

“To be able to run it somewhere tranquil – to step out the door and go for a ride or walk around the farm – has been a godsend. I would have gone mad by now if I hadn’t been out in the countryside.

“I will probably always run this business on this farm – it’s part of my roots.”

The price tags on Holland Cooper clothes might make some people wince, but Jade insists that the quality and durability of her clothes is what won her a loyal customer base from day one. “People are paying for a luxury product and getting a luxury product,” she says unashamedly. These are the three key considerations for all the clothes in her collection:

“British made is number one. The consumer market is becoming more aware of where food comes from, where their clothes from, and are more likely to invest in a piece that will last them a lifetime.”

“I think we were one of the first to put a properly fashionable edge on country clothing. We are the most fashionable country brand out there.”

“All our clothes look good and have the technical credentials to function in the countryside. I don’t want to wear anything that’s not waterproof, and I don’t want to be frozen.”

“I wanted city-goers, who are used to luxury, designer clothes, to have the same options in the country. That’s why we have beautiful stands at country show and we’re stocked in Harrods.”