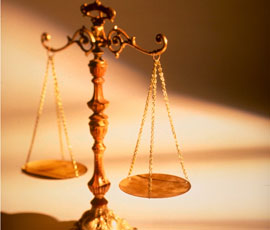 A farmer’s son, who was cut out of his father’s £4m will, can take a share of the farm estate, a court of appeal has ruled.

The father, Frank Suggitt, was disappointed when his son John dropped out of agricultural college and spent a £38,000 inheritance from his aunt in just nine months.

Despite John Suggitt, now 31, working during his holidays and at weekends on the farm, the Court of Appeal in London, heard that Frank had concluded his son was lazy and had written him out of his will.

Instead Frank left the family estate near Whenby, North Yorkshire, to his daughter Caroline. On Frank’s death in 2009 Caroline inherited 400 acres of prime farmland, various houses and £150,000 of life savings. In total the estate was valued at £4m. John, however, received nothing and that sparked a bitter feud between the siblings.

Backed by his other two sisters and his mother, John took Caroline to court in 2011, arguing his father had broken repeated promises that the farm would one day be his.

“I think my father would be disappointed it has come to this, but happy with the outcome. It has been a long two-and-a-half years and I hope it’s over so we can get on with the farm.”
John Suggitt

At that hearing Judge Roger Kaye QC effectively rewrote Frank’s will, awarding John a £3m stake in his father’s fortune, including a £760,000 home.

But Caroline mounted a challenge which was heard at the Court of Appeal in London, on 20 June. She insisted that the ruling had thwarted her father’s wish that John should not get the family estates until he had proven himself capable of farming them.

However, appeal judge Lady Justice Arden rejected the challenge, saying John had “based his life” around the farm and, despite his disappointment in his only son, Frank would not have wanted him to be homeless.

Speaking after the appeal decision John said: “I think my father would be disappointed it has come to this, but happy with the outcome.

“It has been a long two-and-a-half years and I hope it’s over so we can get on with the farm.”

“The will was written when I was 16 and you cannot leave farm land to anyone under 16. The court acknowledged it was a poorly written will and was depending on Caroline’s goodwill.”

Caroline said: “Life is going to go on. I have been left with assets and at least the stress of the last two years is over, which is a positive.”