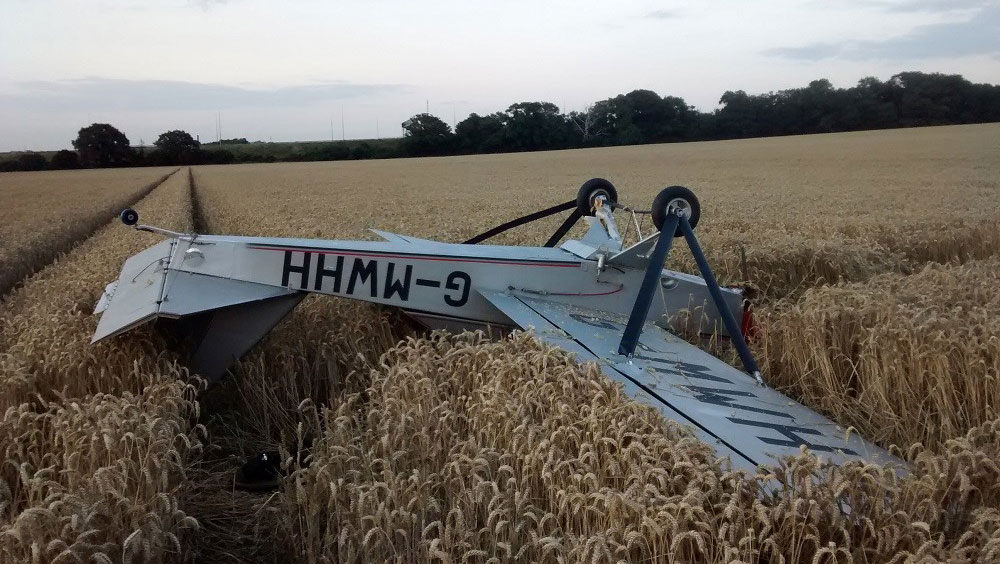 A Hertfordshire arable farmer has spoken of her surprise at finding a microlight plane had crash-landed in her wheat.

“We saw this massive hole that sort of looked like wind damage, but it was literally the shape of a plane,” said Eveey Hunter.

After discovering the damage in the field, Eveey Hunter received an email from the pilot explaining that his aircraft had flipped and crashed on their land last Wednesday evening (4 August).

“We got an email from the guy this morning who was flying the little plane,” she said. “It was a massive explanation of what happened, why he couldn’t land anywhere else and that he was really sorry.”

After losing engine power, the aviator, Robert Hood, had only two options for landing – on the M25 or in the field.

After picking the latter, he allowed the plane to stall into the crop, where he overturned and found himself trapped.

The pilot was rescued by a nearby stable owner, who offered him a claw hammer to wrench his way out of the aircraft.

Luckily, there were no serious injuries and, aside from a couple of bruises, Mr Hood was unharmed.

After the incident, he reiterated his concerns over any potential disruption to harvest, pointing out that many members of the microlight community were also farmers.

“I didn’t want it to get in the way of the combine harvester,” he said.

He organised a team and tractor to help dismantle and remove the aeroplane the following morning.

He also contacted the Air Accidents Investigation Branch (AAIB) to report the incident, which was reviewed and later signed off.

Ms Hunter says she is working with Mr Hood to resolve any crop damage issues.

She said the field was due to be combined in the next couple of weeks so, if there is any crop damage, she will be looking to settle any losses.