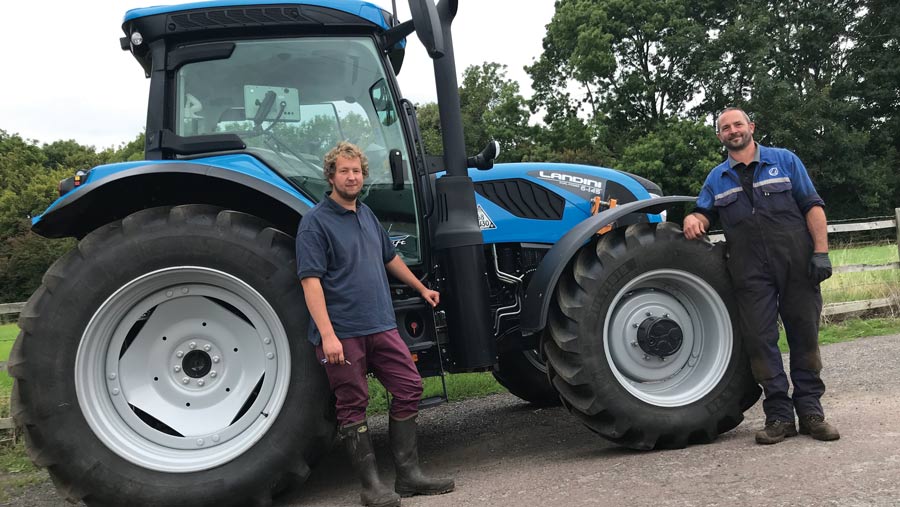 A young farmer with leukaemia has been able to harvest his hay crop thanks to an unexpected offer of help from a machinery dealer and tractor manufacturer.

Rowan Woodman, who has acute lymphoblastic leukaemia, was facing the prospect of having to abandon this crucial part of his business because of the health risk, until Newman Enterprises lent him a Landini 6-145VT tractor.

The in-cab air quality control on the 2019 tractor, which has just 300 hours on the clock, allowed the 25-year-old to press on with 32ha of haymaking.

“I’ve been having a lot of lumbar punctures in my back, so the seat and the suspension have been ideal, too.”

Mr Woodman was diagnosed with the rare blood cancer  after a lump appeared on his neck. He is receiving chemotherapy every week in Bristol under a three-year course of treatment.

“I didn’t realise how much it was going to floor me,” he said. “I’ve spent a lot of time in bed and six months ago I was so weak I couldn’t even hold a mug of tea.“Being able to get out haymaking, though, has felt like a bit of much-needed normality.”

Although not a Newmans customer, a friend of the young farmer suggested he contact the dealer and his support worker then explained the situation.

“They’ve basically lent me a new tractor which has barely done any work yet,” he said. “It’s made all the difference.”

‘We wanted to help’

Janet Schooling, sales representative at Wiltshire-based Newman Enterprises, said: “Pollen is very dangerous if you’re having chemotherapy because you have a compromised immune system, so Rowan needed a modern tractor.

“We put the idea to Landini and they immediately said they’d love Rowan to have it for the duration of the haymaking season.

“It’s a huge commitment for Landini to allow somebody to put probably another 100 hours or more on a tractor, but we all are trying to support young farmers and, given Rowan’s circumstances, we very much wanted to help in any way we could.”

What is acute lymphoblastic leukaemia?