After packing a raucous Chevrolet V8 into a tractor body to create the “Track-tor”, the BBC 2 motoring duo rocked up on a farm to show Scottish Borders farmer Robert that their machine was farming’s future workhorse. 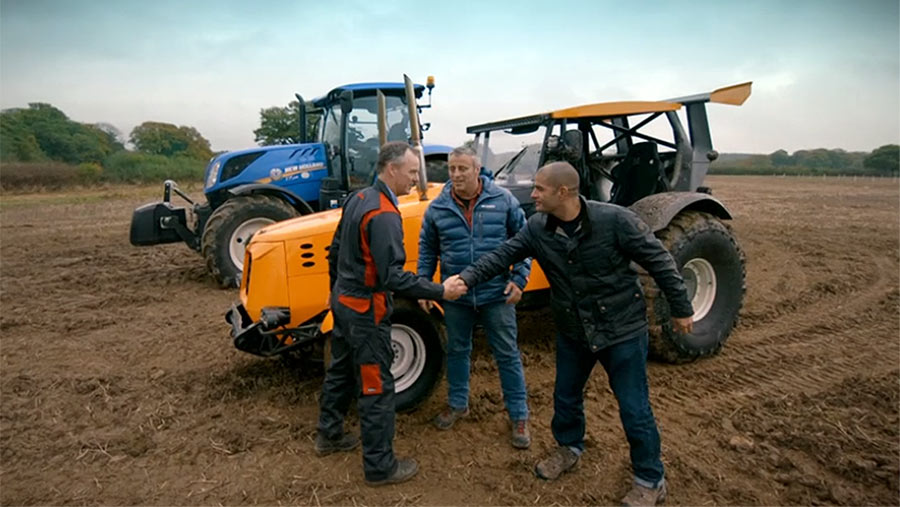 Out to prove that their 500hp super-tractor could save a heap of time and mean farmers didn’t have to get up so early in the morning, Le Blanc and Harris challenged Robert to a duel with a difference.

Ignoring Robert’s point that farming is about precision over speed and power, the duo raced to beat him in a hedging battle like no other. 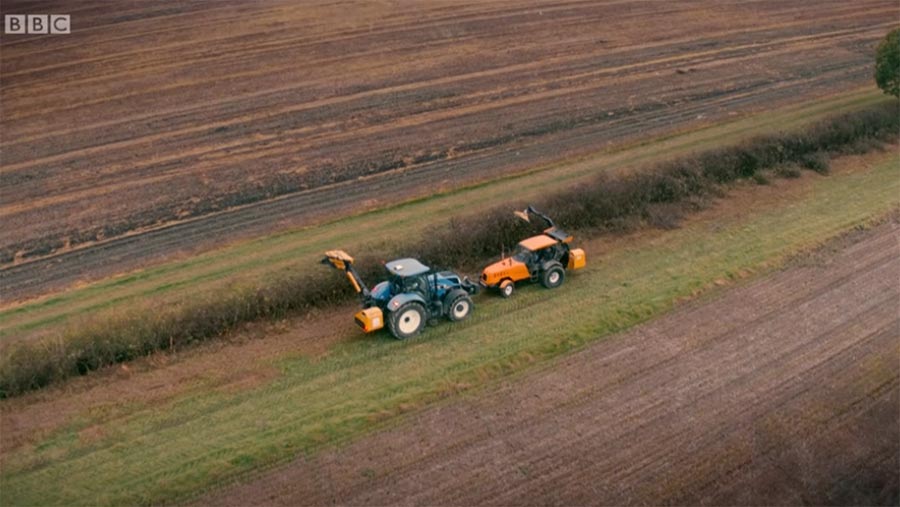 With Le Blanc at the helm and co-pilot Harris manning the McConnell Multisaw, their Lamborghini orange beast snorted and wheelied its way along the hedge while Robert put on a hedging masterclass.

Declaring that there was “no chance” the pair had won this round, Robert hooked up a 10-furrow plough to his New Holland T7 to give them second pasting in a one-acre ploughing match. 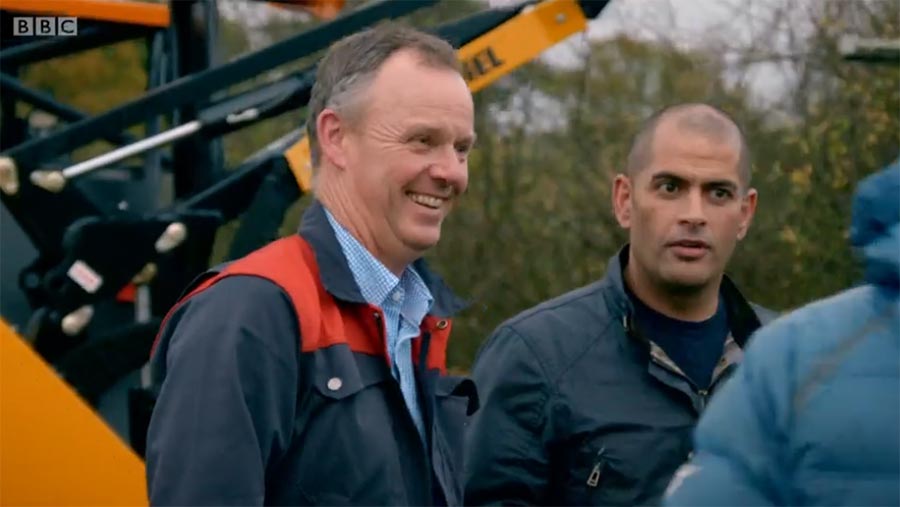 Having earlier set a new record for the world’s fastest tractor top speed at 81mph, Le Blanc deployed the Track-tor’s breakneck speed to “get the job done”.

Watch the clip below of the “Track-tor” hitting 81mph on the Top Gear test track.

Belting out the words to “We Plough the Fields and Scatter” as their puny plough bounced and swung around behind them, Le Blanc decreed that “you can forgive a little free-spirited fieldwork when victory comes this easily.”

Seething at the hash they had made, Robert rightly reused to hand over his Farmer of the Year title to a star-struck Le Blanc, tell him: “If you were hired here you would now be fired for making such a mess.” 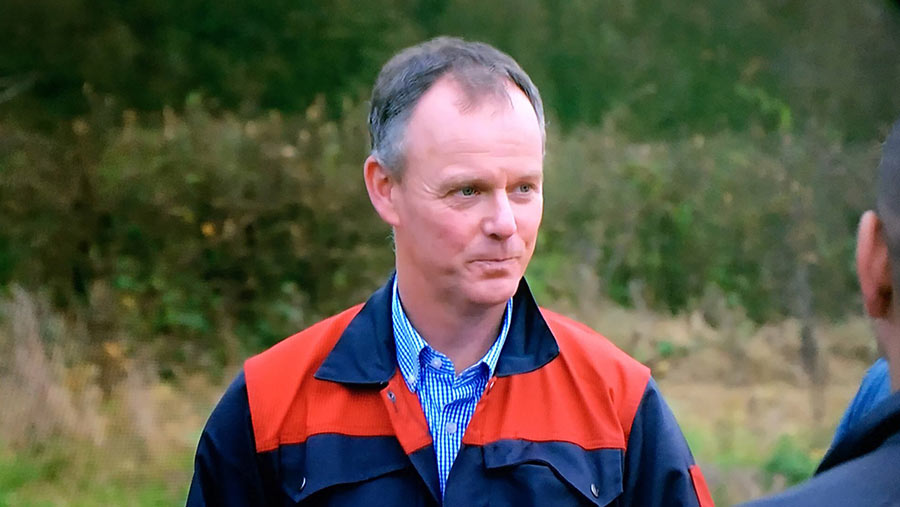 Le Blanc, who apparently owns four tractors and is a self-proclaimed enthusiast of agricultural machinery, brands them “the bane of British motoring, holding up traffic and stirring up road rage.”

In true Top Gear style, he vows to bring about an “agricultural revolution” by building a tractor that isn’t slow.

So, if you needed another great reason to enter the Farmers Weekly Awards this year, it could be your ticket to starring on national TV alongside Joey from Friends, just like Robert.

You can watch Robert’s full appearance in episode 5, series 25 of Top Gear on the BBC iPlayer.