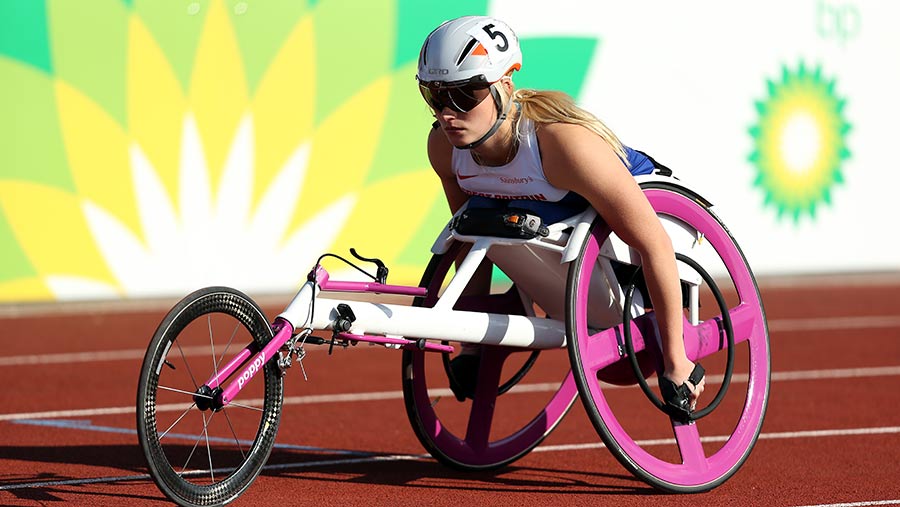 A farm accident hasn’t held one Scottish farming woman back – she’s aiming to make the Great Britain team for this year’s Paralympic Games.

It’s a far cry from the Scottish Borders she calls home, but thanks to sheer grit and determination Samantha Kinghorn is hoping to make it to Brazil this year – to compete on the world’s biggest sporting stage.

The 20-year-old was paralysed from the waist down following a farm accident six years ago, but thanks to her inspirational outlook, natural talent and dedication she’s aiming to make Great Britain’s wheelchair racing team for the Rio de Janeiro Paralympic Games (7-18 September).

Samantha – known as Sammi to her friends – only started racing competitively in 2012, but has already made her mark on the sport, winning a haul of medals including golds in the 100m, 400m and 800m at the 2014 Swansea European Championships, plus a bronze in the 200m at the World Championships in Doha, Qatar, last year. And just last month she notched up personal bests and European records at the IPC Athletics Grand Prix in Switzerland.

She spent six months in hospital following an accident involving a forklift at her home near Gordon, in Berwickshire. Her interest in wheelchair racing was sparked when she tried it out during the Spinal Unit Games at Stoke Mandeville.

“I didn’t have any idea about wheelchair racing or paralympic sport at all. Before the accident, I had really enjoyed sport and had tried most things growing up, but I was never going to be a sportsperson – I had wanted to be a zoologist,” recalls Samantha.

“People came from spinal units in England, Ireland, Scotland and Wales to compete in the games and we won points by trying out as many sports as we could. 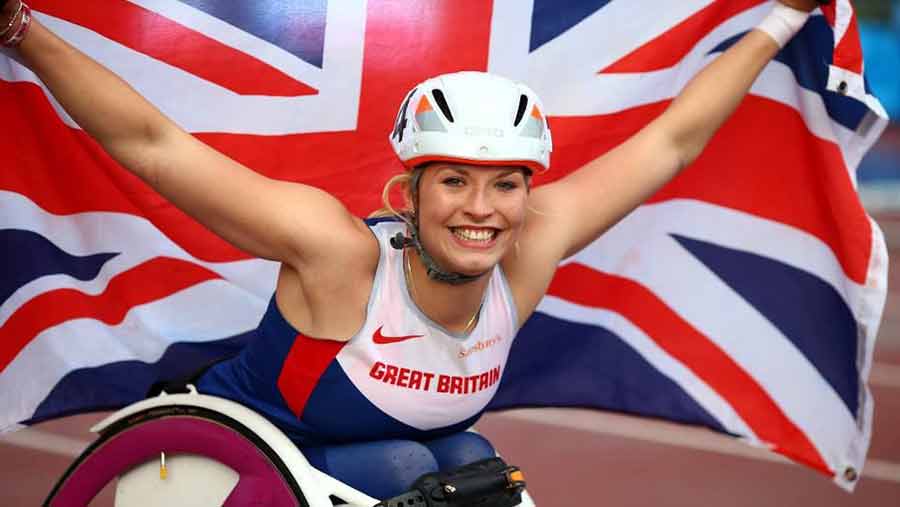 “I tried everything on offer and that’s where I found my passion for wheelchair racing. I was just going round so fast – it was so cool. I was really drawn to it. I got going pretty much straight away – the only issue is it’s very expensive. My racing chair cost £6,000 and it’s not like you can try one and have a think about it, as each one is – for its owner.

“I had to be sure I wanted to do it and that it wouldn’t be a fad that I’d get bored of it after a few weeks. I had loads of support from people all around, my friends and family who helped me raise the money.”

Samantha’s first race came a few weeks later in 2012 when she competed in a London mini marathon.

“I had no idea of what to expect as I had just been pottering about on the roads around my home in the borders – it’s really good there as the roads are all really quiet,” she says.

“But the race went well and I came second. It was all really exciting – I was just competing to have fun and it was my first time in London.

“I remember being so nervous. I had no idea how many people there would be; it really opened my eyes to disabled sport.

“Before that, I just thought it was something to get kids out of the house, but it’s really very elite – some of the young adults were out there training four or five times a week and really looking after themselves.”

Samantha decided to take racing more seriously and enlisted Ian Mirfin as her coach and gained her T53 classification, so she could race competitively, in all distances from 100m up to half marathons.

She won’t know until next month if she has secured her place for Rio, but says she will focus on the 100m, 400m, and 800m events if selected.

She trains twice a day, every day except Saturdays, with a mix of track, road, rollers, strength and conditioning training and massage, with her rural home environment giving her the opportunity to push on quiet and rolling country roads, which complements the track sessions she has in Glasgow and Edinburgh.

“My mum and dad have already booked their tickets to the games, so they’re going whether I am or not,” laughs Samantha.

“I’m not trying to think about it too much yet. But really I’d just like to go and make the finals. If I can get to every single final I’m entered for, I will be over the moon.”

As a full-time athlete, Samantha has little spare time, although she still enjoys helping her parents Neill and Elaine out on the farm where her dad is stock manager for RR Tweedie. This involves looking after 1,000 cross Suffolk and Greyface sheep, plus 130 sucklers, and growing crops including spring barley, winter barley, oats and winter wheat. “My dad loves his job – and I love helping him. 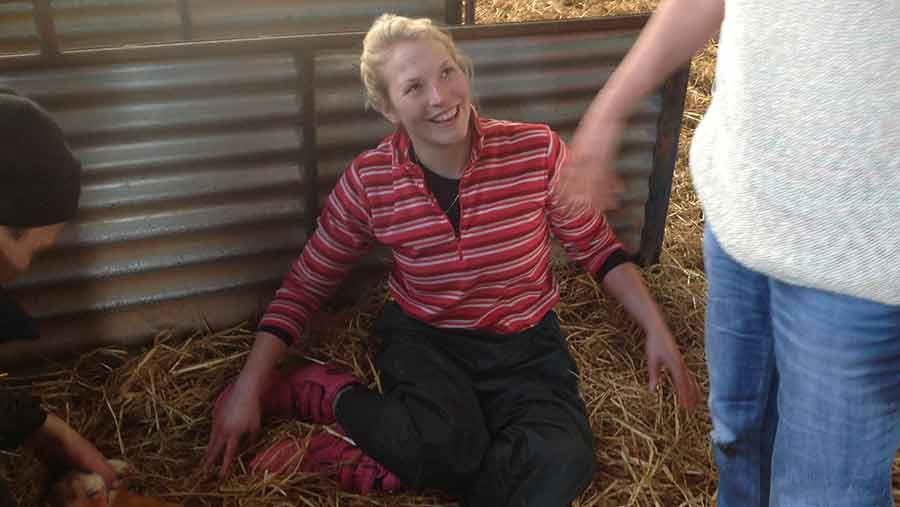 “Obviously there are things I cannot do now and I have to accept that, but I’ve always done the lambing, at day and night by myself, or with a friend, she says.

“I was a bit disappointed to miss out on some of it this year as I was away on a training camp in Brazil to get used to the temperature for a week.

“I’ve lived on the farm all my life; it’s a great place to grow up. You’ve got everything you need right there – food and a bed and the great outside.

“It’s all in the way I’ve been brought up and that’s what has helped me too. If I fall down, my Dad tells me to get back up again, not that I ever really got that upset about the accident – nothing was going to stop me, there was always something else going on.

“I was asked at a school recently what I would give to be walking again – and, of course, I would love to walk just for the ease, but then there are things that I have been able to do, the places I’ve been and the amazing people I’ve met which wouldn’t have been so otherwise.

“Now I just want to concentrate on being the best I can be.”