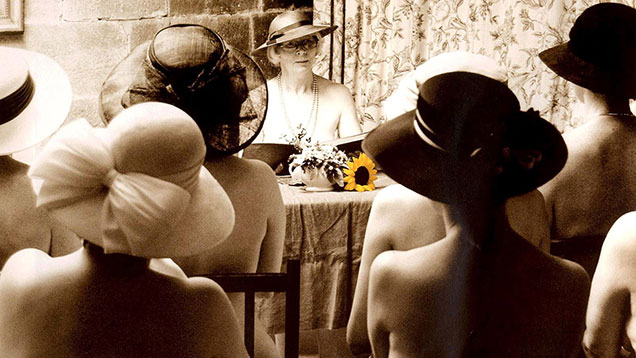 Born of a need to revitalise rural communities and encourage women to help with food production, the Women’s Institute (WI) feels as relevant today as when it was first launched 100 years ago.

Unlike many groups, the WI has evolved to keep up with changing times and, as it marks its centenary, finds itself the largest voluntary women’s organisation in the UK. It has 212,000 members affiliated to more than 6,600 groups, with more launching every week.

Education and the sharing of skills have always been at the heart of the WI and this remains so today – although the meeting venues might have changed from village halls to local cafés.

Women join to make friends, learn skills, take part in a variety of activities and campaign on issues that matter to them and their communities – just as members did back in 1915.

The group’s origins stem from Ontario, Canada, in 1897, when educational reformer Adelaide Hoodless addressed a meeting of the wives of members of the Farmers’ Institute.

With backing from the Canadian government, WI branches sprang up across the country bringing women from isolated communities together. The organisation began offering training in home economics, child care and aspects of farming traditionally done by women, such as poultry keeping and small animal husbandry.

In 1915 the movement came to UK shores, with the first meeting held in Llanfairpwllgwyngyll, in Anglesey, Wales, on 16 September. At that time there were two main aims – to revitalise rural communities and encourage country women to get involved in growing and preserving food to help increase the supply of food to the war-torn nation.

For many, the WI will always be associated with jam and Jerusalem, cake baking, flower arranging and crafts, but over the years it has modernised greatly, embracing new technology and social media, which in turn has helped it welcome a new generation of members.

The group has shed its stuffy image, part in thanks to the film Calendar Girls, which was based around the true story of one branch’s production a naked calendar for charity.

It’s profile was raised further by its infamous AGM in June 2000 when members of the non-partisan WI heckled then prime minister Tony Blair for a speech deemed by many to be too long and overly political.

As well as all the activities, outings and educational opportunities members enjoy, there is also a more serious side, which since its inception has continued to support farmers and the rural community with a number of high-profile campaigns.

In 2007 members joined forces with the NFU to explain Why Dairy Farming Matters, touring the country with a series of debates asking what could be done to safeguard the future for Britain’s dairy farmers.

In 2012 they took up the issue again with a Fair Deal for Dairy Farmers campaign in response to planned price reductions. The same year the WI Great Food Debates – a programme of work on food security with a report authored by the Institute for Public Policy Research – were launched.

The WI has also campaigned to help secure mandatory country of origin labels on all meat products, setting out where it came from.

For more information about the Women’s Institute visit www.thewi.org.uk

Joining the WI almost 50 years ago on the advice of her mother led farmer’s wife Anne Harrison to do things she never dreamed possible.

Living in Wensleydale, North Yorkshire, Anne started attending her local group in Bainbridge in 1966 and quickly found herself drawn in, with roles on several levels including the WI’s board of trustees.

“My mother was a member first,” she recalls.

“I was getting married myself and moving to Coverdale, and I remember she said ‘be sure you join in with things’.

“I was teaching home economics at a local comprehensive school at the time and had just got home and was having a cup of tea on the porch. This lady came by and asked if I’d be interested in coming to the WI – well my mother had said I needed to join in with things, so I did.

“I was really nervous at my first meeting, but I was introduced to everyone, and they were all very friendly, and there were lots of things I wanted to do.

“It can be all things to all people – if you want to go and meet friends, go on trips and outings, listen to speakers, or you can take up more serious issues. It’s got a lot to offer.”
Anne Harrison

“I’ve had a fantastic experience with the WI – I’ve been president of my own group, federation chairman and on the board in London. I’ve done things I never dreamt I’d do.”

This has included speaking at the Royal Albert Hall and appearing on the television show Food, Glorious Food – a far cry from the remote farm where her family keeps a herd of 180 Jersey cows.

“The brilliant thing about the WI is it’s always evolving and reinventing itself – doing what women want to do.

“We are forming new WIs all the time and I love seeing new members coming in and enjoying each other’s company and doing things together.

“It can be all things to all people – if you want to go and meet friends, go on trips and outings, listen to speakers, or you can take up more serious issues. It’s got a lot to offer.

“Looking back at some of the things WI has achieved, I feel very proud.”

Despite spending a lot of time in London on WI business, Anne always makes sure she gets back for her own group meetings – even if it means travelling three-and-a-half hours.

“Sometimes I ask myself why am I doing this? I could just stop at home but I want to go and see everyone, you make friends, do things together and I look forward to it, I always have done.

“Years and years ago, a lot of rural women did not go out to work. They were at home all day and went out to church and the WI – it was their big outing.

“But when you think about the past 100 years, it’s been what women want, and we have not changed in that aspect.

“The ethos of the WI is still the same, but we have moved on with the times, and that’s one of the great things about it.”

The WI has become a way of life for long-standing member Marylyn, who used to attend meetings in Carmarthenshire, West Wales, with her mother and grandmother when she was as young as six.

She became a fully joined-up member herself at 17, and immediately took on the role of treasurer for the small Llangadog branch. In 2005 she was elected chairman of the Federation of Wales and in 2009 on to the National Federation of Women’s Institutes board.

“At the start, I was with my mum and grandmother and I saw from a young age their involvement. They were always making things, and always had some project on the go.

“I was brought up in that environment and as I got older I began to see the other side in terms of the WI’s influence – I remember we raised money to drill wells in Sudan. There were international projects and also projects that we were helping at grass-roots,” says Marylyn, who farms beef and sheep with her husband as well as working as a deputy-superintendent registrar.

“My own WI recently celebrated its 90th anniversary and we were all asked what the group meant to us, well for me personally, it’s opened so many doors.

“The other day I had the honour of going to 10 Downing Street for a meeting, and I just couldn’t believe I was there and it was happening to me. I’ve also had the privilege of attending the European Parliament in 2010 regarding the WI’s food labelling campaign.”

As well as seeking mandatory country of origin food labelling, Marylyn has been involved in several other WI rural campaigns including to protect farmgate milk prices, which sought to raise awareness of the unfair difference between the retail prices of milk and that paid to the farmer.

Marylyn Haines-Evans protests about milk prices with the WI at the 2012 Royal Welsh Show.

“Campaigning shows the strength and depth of the organisation – I have seen the value and how it’s important to support farmers and rural communities. These are the people who support our shops and other industries.

“I first got involved in the milk campaign in 2006, when I became chairman of the Welsh federation, as almost immediately there was a drop in milk prices.

“You see it every 18 months – you can almost mark it in your calendar. It will always happen and it’s very frustrating, but I am sure housewives would be prepared to support it.”

“You can make it what you want to really – when you talk to the new groups and their members, they are joining for the very same reasons we did – to try something new, to make friends, in terms of that expectation it’s still the same, there are real opportunities with the organisation for these women.”
Marylyn Haines-Evans

Marylyn believes the organisation’s adaptability is the key to its longevity.

“You can make it what you want to really – when you talk to the new groups and their members, they are joining for the very same reasons we did – to try something new, to make friends, in terms of that expectation it’s still the same, there are real opportunities with the organisation for these women,” she explains.

“It’s a social lifeline for many, especially in rural areas – and I always say I couldn’t imagine what my life would have been like without it. It’s very important we keep it going.”