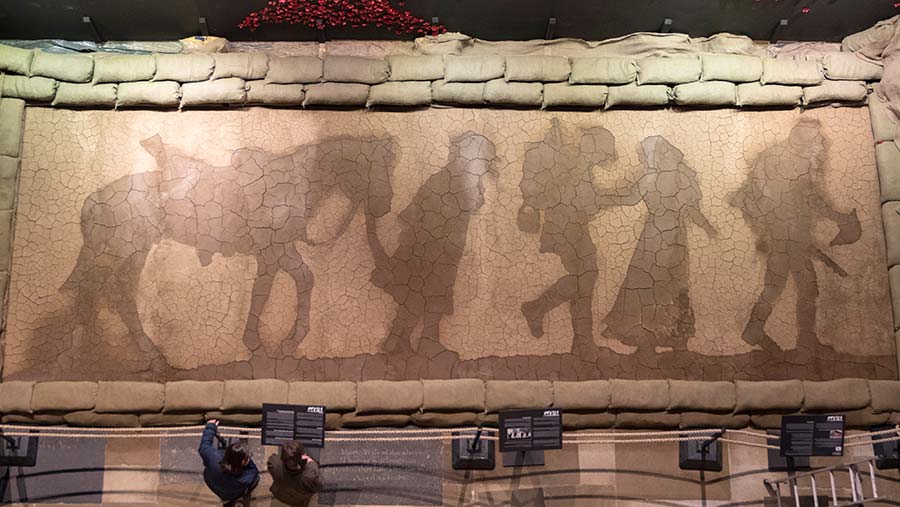 Measuring 9m by 3.5m wide, it was made by self-taught artist Dan Metcalfe using mud from his family’s North Yorkshire farm plus some donated by the Memorial Museum at Passchendaele in Belgium.

Depicting a group of people “with their backs to the past and facing the future”, the piece also contains thousands of dormant poppy seeds.

It will be on display until 14 November, then will be broken up so people can use segments of the soil in their own gardens or remembrance artworks.

“That way, it won’t be just a six-week piece, it’ll continue in other forms and become a perpetual memorial,” says Dan, who studied agriculture at Askham Bryan and Bishop Burton. 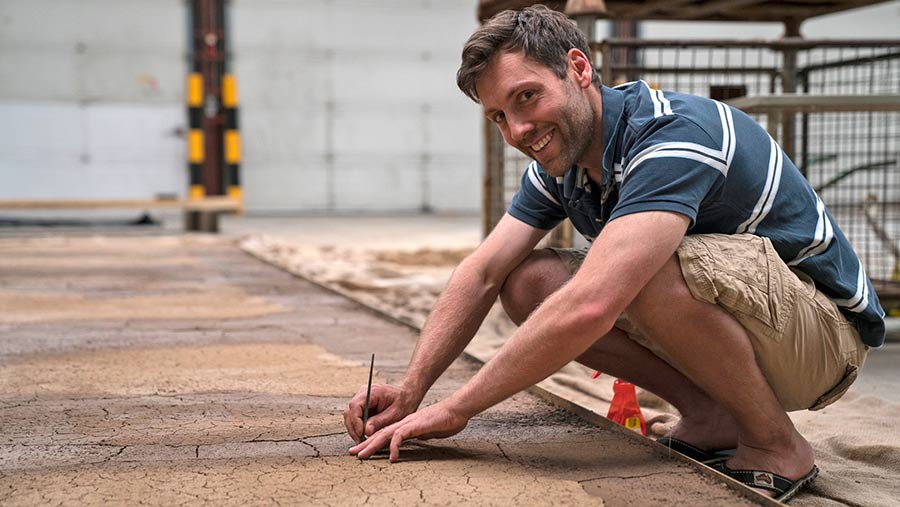 He was drawn to the idea of using soil because it is a material he has plenty of experience of in his work, but also because it is one with which every soldier on the Western Front was intensely familiar.

The black-and-white photo effect was created by using it at different thicknesses and moistures so when it dried, it cracked, forming the shapes in the silhouette.

“At one point, Ripon hosted one of the largest military camps in Europe – more than a million men passed through it over a four-year period,” Dan explains.

“One of the hospitals was on our farm, so that’s where we’ve taken most of the soil from. It’s actually in ‘Hospital Wood Field’ and, when I was growing up and learning the names of fields, that one always stuck in my mind.”

He approached Ripon Cathedral a couple of years ago, showed them pictures of his trial and they agreed to host it. “It’s a beautiful cathedral – a wonderful, thoughtful space in which to produce a work like this,” he says.

“I like to think I understand soil. I’ve worked with it a lot so often notice how it cracks and how it reacts to different situations and conditions.”

Dan says: “To work as a landscaper, you have a reasonably artistic eye. In some ways, making an artwork has shades of what I do for a living, as creating domestic landscapes is about having an eye for shape and colour, representing themes and putting across a message in something other than words.

“There were, however, many failures and frustrations along the way as soil can be unpredictable, but in the end we perfected the technique.”

The process involved taking more than 4t of soil from the arable and pig farm. After sieving out roots and stones and drying it, this left just over 3t to go in to the piece. 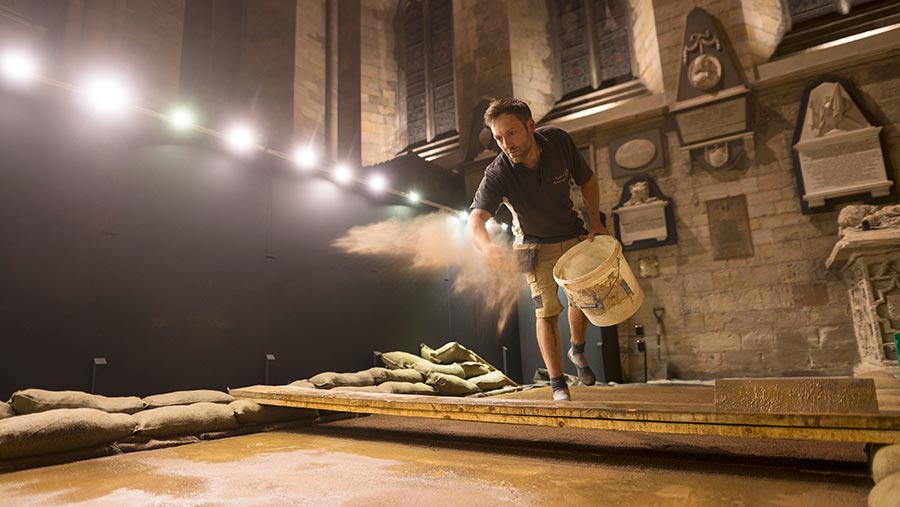 “Because of the very wet spring, we couldn’t get on the land to excavate the soil until three weeks after we’d planned to, so there was a window of about two days to do it before we needed to plant the next crop – it was a bit hectic.”

Local businesses including Greenland Seeds and Ripon Farm Services helped turn Dan’s vision into reality – and his family have enjoyed the whole endeavour. “I suppose it’s not every day you see a piece of your farm end up as a work of art!” he says.

Now, the piece “occupies a space between war and peace, despair and hope. The silhouettes are no longer at war, but neither are they yet fully at peace.

“I wanted to do this because it’s important to respect those who came home, as well as those who passed away.”

To find out more about the project, go to the Fields of Mud, Seeds of Hope website