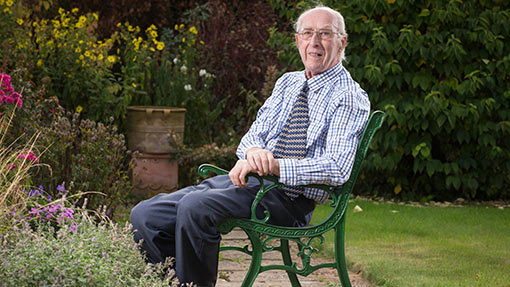 Agriculture has changed hugely in the 80 years since Nottinghamshire-based Philip Parker started reading Farmers Weekly. He recalls some of his early experiences.

I was nine years old in 1934 when my father started to take the new Farmers Weekly. I enjoyed reading it much more than any schoolboy magazine.

Our farm of about 180 acres was partly arable, with grassland and a herd of dairy cows. All the work was done by a workforce of seven men and real horse power.

The largest arable field was 13 acres and part of the work was to plough it with a single-furrow plough pulled by two horses for about six days.

I now calculate that the man guiding the plough had to walk over 100 miles.

Farming was then all hard work, except perhaps milking the cows. There were about 20 cows in-milk and, each morning and late afternoon, five men would each sit on a small wooden stool under the rear end of each cow to hand-milk into a bucket held between their knees.

In the late 1930s, TB was widespread in both cattle and humans and several of my relatives died at an early age of this terrible disease.

My father decided to have his cattle tested and he then merely sold about one-third of them that were infected.

The herd then became “accredited” and their milk received a higher price as compensation. To prevent reinfection, all our boundary fences had to be reinforced and any wildlife on the farm that was likely to be infected was destroyed.

“TB was widespread in both cattle and humans and several of my relatives died at an early age of this terrible disease”
Philip Parker, Nottinghamshire farmer

When I was just 16 years old, I was lucky that my father got me transferred to the Midland Agricultural College. They were short of students, because most of their normal intake had been conscripted to the armed forces.

In 1943, before I had completed my agricultural diploma, my uncle who was a farmer died suddenly when he was only 52 years old. My father moved me to live there, on my own, to look after the staff of between six and eight men.

It was a large, originally all-grassland tenanted farm, and being wartime most of it was ordered to be ploughed and cropped. It was fortunate that this farm had recently been allocated two American tractors and one was a track-layer with a four-furrow plough.

The first crop to be sown on about 40 acres of the newly ploughed grassland was flax. This had been urgently ordered by a local factory for producing material to make parachutes for the war effort.

The crop had to be harvested by an army of about 50 prisoners of war who marched in daily from a nearby camp. They pulled the crop out of the ground by hand and tied it in small bundles of sheaves.

The following year, with a large area of cereals, mostly wheat, I was fortunate to receive delivery of one of the first combine harvesters, imported from the USA under the “lease-lend” scheme.

It was tractor-drawn, with a 6ft wide cut, had its own engine and a side platform to bag the grain while harvesting. I was lucky to be able to hire the necessary sacks from our local railway station.

Each sack held an enormous 18 stones of grain, which were dumped off the combine in various places over the field and picked up later with the help of a windup sack-lifter on to a horse-drawn wagon.

Growing cereals led to a build-up of various weeds, and to control them I walked in a line with several of the workforce, each about 8ft apart, through the growing crop, holding a ‘shafted spud’ to cut the weeds down.

This was not effective and time-consuming. I looked at the possibility of spraying and this led me to buying a horse-drawn, wood barrel-constructed sprayer, with a 12ft boom. The chemical was sulphuric acid, which I collected in “carboys” from a factory about 20 miles away.

The acid was diluted with water, and I then sprayed only the worst-infected areas of cereal crop weeds. I had to be careful not to overspray, as the acid damaged the crop, and also avoid taking the horse over the sprayed area, as it hurt its lower legs.

Since then, the development of spray chemicals continues to progress, together with fertilisers to enormously increase crop yields. Farm machinery and tractors continue to become much larger and more efficient to work the land better with less human effort.

It is fortunate that, through the years together with my two sons, we have been able to increase our farming area. It is hoped that this can continue, but I fear that there is a large “question mark” on the horizon. The problem is that most of the energy, which is the key to our relative prosperity today, is from fossil fuels, and supplies will not last forever.