Thanks to everyone who has been sharing photos of harvest. We can now unveil the winner of this year’s Harvest ‘front cover’ competition.

The winner sees their picture grace the front cover of this week’s edition of Farmers Weekly magazine.

Here also are three other photos that particularly caught the judge’s eye. 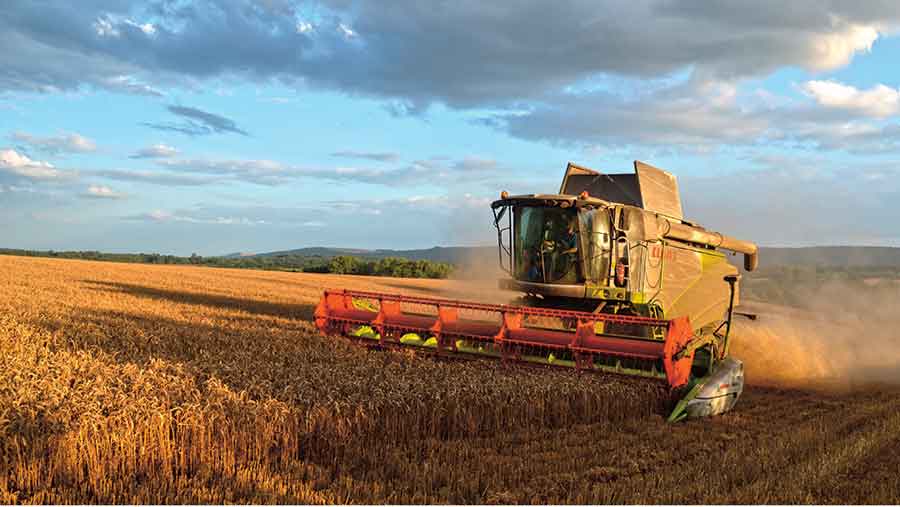 The winning photo (above) was taken by Corey Pilcher at Moor Farm on the Cowdray Estate in West Sussex.

He was delivering dinner to his dad, Steve, who was cutting Crusoe winter wheat in the Claas Tucano 570 early one evening when he captured the shot.

Corey, who has helped out in previous years corn carting, now works for a local farm contractors.

“The reason I like this picture is because of the lighting,” he says. “I love the way the evening sun is shining across on to the combine and then lighting the gloomy looking storm clouds rolling over the South Downs.” 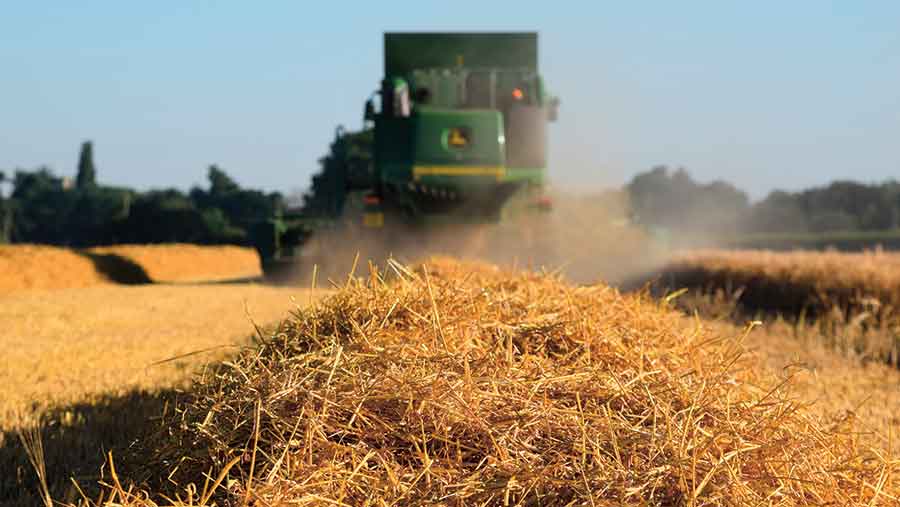 Heidi Crisp took this one (above) on 19 July – the first day of harvest, when winter was being cut at AJ Alexander and Sons, Pulham Market, Norfolk

“My husband was corn carting when I took the photo,” she says. “I am quite new to photography, but love nature and farming and anything outdoors. I am always trying to find different and interesting ways to take photos.

“For this photo I was so excited to take the combine picture that I forgot to close the windows of my car, which was parked next to a muck heap…. I can’t tell you how long it took to get rid of all the flies!”

Titled “Over the Horizon”, this one (above) was taken in North Yorkshire on 1 August by Richard Laidler.

While Richard doesn’t have a direct connection to farming, he’s a keen photographer whose main interest is “the fabulous landscape of Teesdale in which I am privileged to live”.

He took this at a neighbour Phil Metcalfe’s farm at Caldwell at the start of his harvest of Infinity winter barley.

“The use of a medium telephoto lens pulls the combine out of the background – it was quite a long way off when this shot was taken – and adds a bit of drama by compressing the perspective without losing the superb views into the distance,” said Richard.

“I deliberately used a low camera position to create the effect of the combine coming out of the ground. 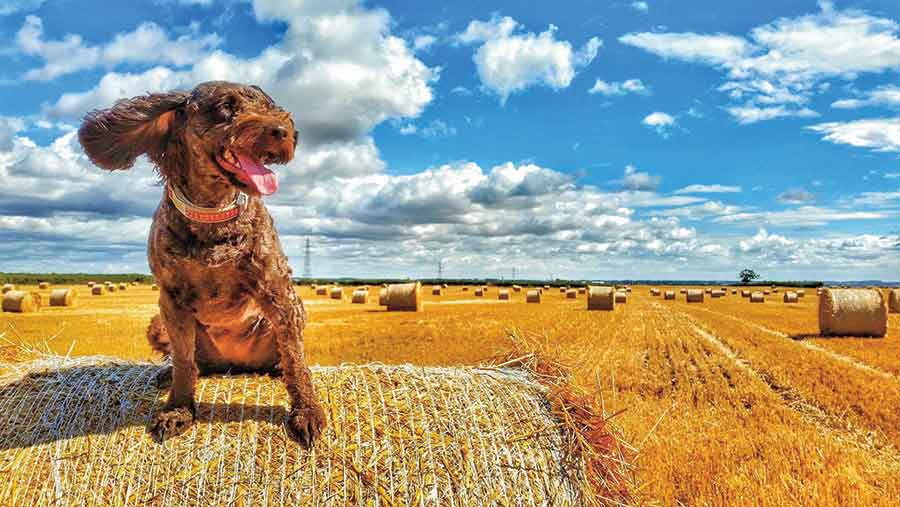 Brooke Carter from Finedon in Northamptonshire took this shot of her Cockerpoo, Pepsi, “chilling on one of my dad’s bales”.