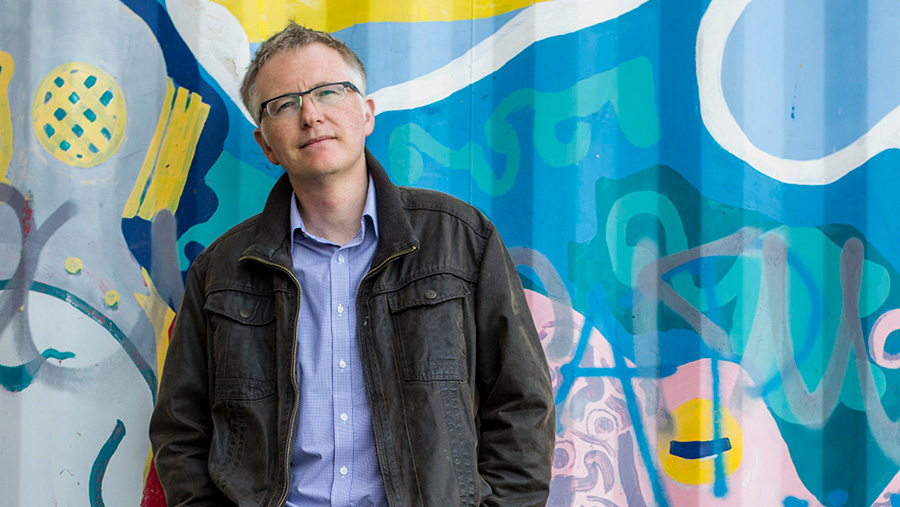 Farmers Weekly’s Farmlife editor Tim Relf is making a bid for the bestseller charts, after his novel was published by Penguin.

What She Left, a contemporary “whodunnit” released under the pen name TR Richmond, is being billed by Penguin as “one of 2015’s most haunting and memorable books”.

“It’s a dream come true,” says Tim, who has worked for Farmers Weekly for 20 years.

The former Wye College student joined Farmers Weekly as a Business reporter, before moving to the Farmlife desk, where he now covers a raft of subjects related to the rural way of life.

“There are quite a few parallels between writing fiction and farming,” Tim says.

Make time
Your time will always be precious, so grab moments to write whenever you can. Find a routine that works for you and stick to it. Even if it’s only a 20 minutes a day or one morning a week, you will be surprised how much you can accomplish.

Listen to feedback
Show your work to people whose advice you trust and listen to what they say. Be true to your own vision for the book, but take feedback. Edit, then edit again.

Be persistent
They say you have got to be an optimist to be a farmer in the first place, so farmers are good at battling long odds. Don’t get discouraged when you hit setbacks. Those stories of famous writers getting rejected dozens of times before achieving success are true.

“They’re both long-term endeavours that need a lot of patience.

“They can both be immensely satisfying and hugely frustrating. And the public perception of both jobs is usually well wide of the mark.

“I’ve met so many members of farming families who either are – or would like to – write a book,” he adds.

“Chatting to readers over the years, I’ve been told about everything from literary works to steamy rural romances.

“One farmer’s wife even told me about a political thriller she was working on that centred around double dealings and scandals in Defra.

“Autobiography and memoir also seem popular genres – but agriculture is always changing at a fast pace, so it’s natural that members of farming families would wish to record those changes and the part they played in them.

“Whatever you’re doing, you’ve just got to believe in what you’re doing and keep going,” says Tim.

Although only on the shelves for a few days, What She Left – which pieces together the story of a young dead woman though her digital and paper trail – has already attracted praise from the critics.

The Daily Telegraph described it as “a deliciously modern take on the psychological thriller”, while The Sunday Express dubbed it “ingeniously original and addictive”.

Despite it being snapped up by publishers around the world and turned into an audio book featuring Game of Thrones stars Charles Dance and Emilia Clarke, Tim is adamant it remains business as usual.

“I’ve always been fascinated by farming and the countryside and working for Farmers Weekly is the best job in the world,” he says.