Thanks to everyone who entered our “heroes” competition.

It’s great to hear about the people who inspire you – your relatives, your friends and your fellow farmers. Here are some of the entries we particularly enjoyed reading.

Next week we’ll be publishing a few more, along with the overall winner. 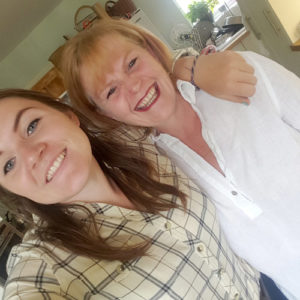 Two years ago, aged just 17, my daughter was diagnosed with a pituitary tumour.

It is not malignant but is inconvenient and daunting for a teenager to comprehend. When she was diagnosed she was midway through her A-levels.

When she was diagnosed she was midway through her A-levels.

Having followed me from an early age as I worked as a shepherdess she was determined to follow her chosen path – to have her own sheep, farm and write.

Georgie undertook many medical investigations, including, to date, three MRI scans, plus she revised for her A-levels, sourced her own work experience at The Shooting Times and applied to study for a degree in agriculture at Harper Adams University.

She gained her work experience and with the money they paid her she bought herself eight breeding ewes.

She takes her medication and is under the care of Addenbrooke’s Hospital, Cambridge.

She passed her A-levels and was accepted into Harper Adams and is in her second year of her degree. She never gives up. She is rarely downhearted and never complains. She just carries on.

Georgie was offered work by the farmer she bought her first eight ewes from. Every holiday she worked hard from the day school or university finished for vacation and earned his respect and gratitude.

She is an absolute inspiration to me and to young people in the farming industry. If there ever was an example of what can be achieved, despite all the odds, it is her.

Georgie now has 15 breeding ewes including four pedigree Jacob sheep and there is no doubt in my mind she will achieve everything she sets her mind to. This is why she will always be my hero. 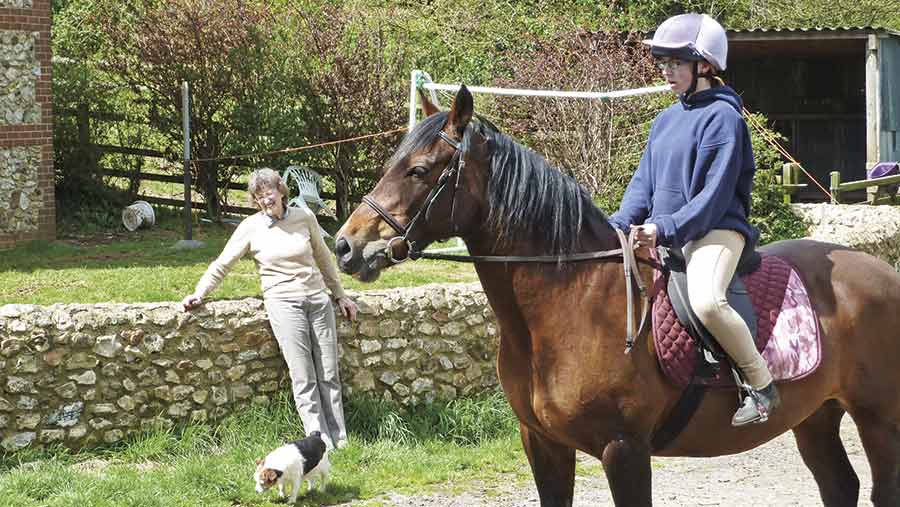 My hero would have to be my Gran, Joyce Williams.

After losing her husband in a tractor accident in 1967 aged 34, she was left with 40 dairy cows, 80 sheep and children between the ages of two and six to care for.

Not only did she do a great job raising the children, giving them every opportunity possible, but she also kept the farm going through some of the toughest times, so it is here for us all to enjoy today.

She milked twice a day throughout, stopping only to send the children off to school. In the 20 years after Granddad’s accident, she only had two weeks’ holiday, and rarely missed any other milking.

During her lifetime she has seen a massive change in the agricultural industry, from saving up cash to buy a new Leyland tractor and milking by hand, to the massive machinery seen today.

She carried on milking until she was 70 before she took over the calf rearing.

She has since passed the reins of feeding calves over to us, her three grandchildren, showing us all what we should and shouldn’t be doing.

Even now, at the ripe old age of 81, she still walks around the farm twice a day, checking up on dad to make sure he is doing his job properly.

The main thing I have learned from Gran is to work hard for what you want, and never give up, which is why she is my farming hero.

‘A vision for change’

As I write this, I’m looking at a cutting from theYorkshire Post, captioned “Farm of the Week”.

A dairy farmer is saying how after a period of rapid intensification he has cut herd numbers, and brought arable crops and livestock into the enterprise mix, aiming to be more self-sufficient.

The result has been better milk quality, fewer mastitis problems and less environmental impact. All things any farmer today might give a nod to, but this is not post-Brexit UK. The year is 1983, and it’s my father talking.

The reason I kept the cutting was that I’d persuaded my father to dig out some ponds and plant some trees.

There we are in the picture, next to a nice new pond, him leaning on his stick, me looking… well, quite a bit younger.

My father was then 63, a year or so older than I am now, so he wasn’t fresh out of college, determined to change things and leave his mark.

He could have been looking ahead to retirement, but he had had the vision to see that the farm had to change and to do it.

That kind of vision had begun with him taking on the tenancy a year after the war, and enduring the dreadful winter of 1947 almost at once, in a cold, draughty Dales farmhouse with two young children.

For a young man with no family farming background, who’d married a lass with none either, that must have been a test of character beyond any I can imagine today.

If that were all he had done, he would be a hero, but he went on to build up a business that expanded, modernised and, in 1983, had three generations working on it.

My father had no arable experience when we started growing spring barley, higher up the hill and further up the Dale than anyone else. People must have thought we were mad.

As she looked through the farmhouse window at a rickety second-hand combine still waiting to go into flattened crops in September, my mother probably thought so too.

But we got it combined and stored – thank God for Propcorn – and it gave us feed for home milling and widened the rotation, and the sheep flock and the Hereford-cross beef cattle spread the risks and provided or made use of resources while keeping the land in better heart.

We’d probably call it sustainable agriculture now, but to my father, it was just farming. It went along with his love of the countryside, and his knowledge of, and care for, wildlife – and that too was before we called any farmer a conservationist.

No one from my family leans on a stick next to the ponds now.

Heroes can be hard to live up to, and the business my father created has long gone. But he will always be one, to me.

My father, Jeff Layton, is my farming hero.He was farming fruit and vegetables long before I or my siblings were born.

He even once took my mother to a supermarket during one of their first dates to check his products on the shelf. We all quickly learned that if you lose him while shopping, you’d be sure to find him in the fruit and vegetable aisle.

In the early years, he was growing lettuce on a Scottish farm, and we all fondly remember days when we got to go to the farm with him, although we would often end up in trouble after starting a mud fight.

These trips weren’t just about fun and spending time with our father, they also ignited some of our passions – learning about how the plants grew, the wildlife that lived on the farms and the work that went into making sure vegetables arrived on supermarket shelves (the latter particularly made us appreciate and enjoy our greens).

His sense of adventure took us to warmer climates while growing up, living in Portugal and Spain, where he grew watercress and the tomatoes respectively.

Not only challenging the family to learn and adapt, he taught us that change is a good thing, how to make the most of it and to expand on our own talents, to push ourselves and learn new skills.

He even hired us for our first jobs, in the field fruit picking.

Now after going full circle, we are all back in Scotland where he is not only a successful agronomist but also strives to inspire younger generations throughout Fife about their fruit and vegetables.

After years surrounded by farms and being outside, we have followed different career paths which were firmly cemented in us as young children by growing up on farms.

My sister is a successful technical manager after completing her MDS and completing her Basis, my brother successfully completed a degree in adventure sports tourism and I chose to study the wonderful diversity of our wildlife and I am very thankful for the many wildlife encounters I have had while out on the farms.

Without the upbringing surrounded by farming and the outdoors my father gave us, we would not be the people we are today. 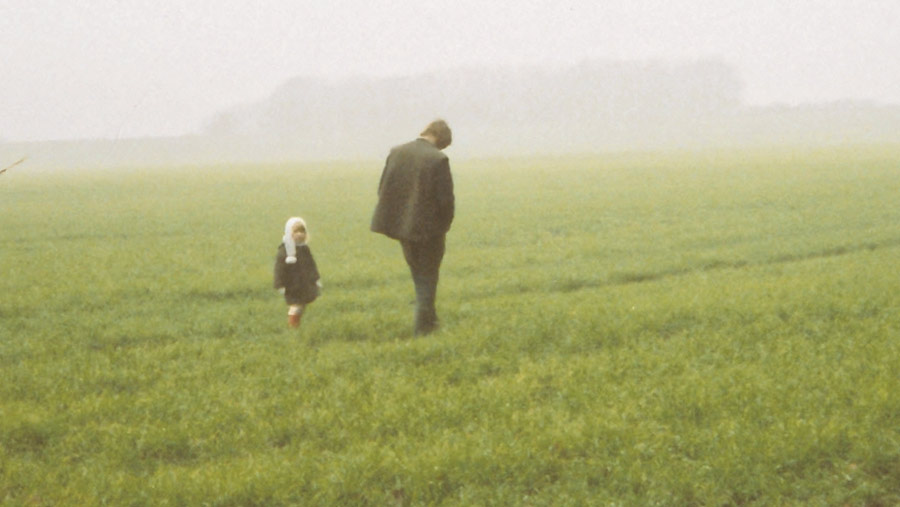 In a world quick to condemn farmers, I find it hard to pick out just one hero. I, therefore, nominate the whole of the farming community from the landowner to farmworker and families of all connected to farming.

I’d like to nominate the whole of our nation’s agricultural family – although special mention must go to my husband who has been on the same farm this year for 29 years and our daughter who became a Farm Sprayer Operator Of The Year 2016 finalist while studying for and her achieving Basis certification.

The photo shows them about 26 years ago.