You might remember our funny, irreverent look at some of the characters who make farming the great industry it is.

As part of the tongue-in-cheek guide to well-known rural personas, we present some of the countryside’s hardest workers, including Pat the B&B matriach, Frogman, the “real character”, Fiona the newcomer, Bob the postman and Mrs Parker the gossip.

And that’s not mention some other farming breeds who might seem familiar such as Sally the long-suffering farmer’s wife, rookie vet Caroline, bearded newt-botherer Martin and God’s gift to salesmen, Rich Flashman.

See also: Which farming breed are you? Young farmers and students 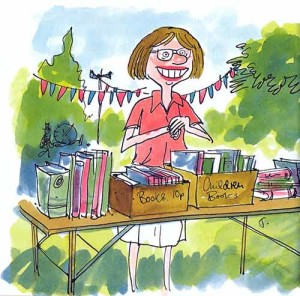 Since moving to the village from London three years ago, Fiona has made volunteering a profession. “Course I don’t mind lending a hand,” she shrieks. “Delighted.”

“If you don’t get involved, you don’t know what’s going on,” she tells husband Marcus as she rushes off to a Neighbourhood Watch meeting.

Fiona’s convinced she isn’t a townie anymore – she hasn’t complained about the smell once. OK, she may have “mentioned” to Mr Fisher that his potato picker left a little mud on the road – but she had only just cleaned the car, after all.

Reporting the local farmer’s dog as a stray didn’t help. “I was only trying to help,” she sobs, wiping the tears from her eyes. “I thought it was worrying sheep.” She had read about sheep worrying.

“There are no sheep for 50 miles,” the farmer snapped. “This is cow country. That dog was just waiting for me.”

But Fiona wasn’t listening; she couldn’t take her eyes off his trousers. They were covered, absolutely plastered, in – and she shivers at the thought of it – poo. 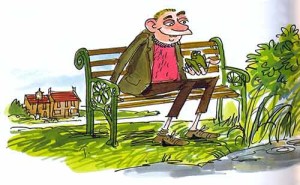 You’ll see him sitting by the pond between 7am and 3pm every day. You could set your watch by him. Seven days a week, 365 days a year, rain or shine, he’ll be on that bench, staring inanely ahead.

He got his nickname because he catches frogs and cradles them in his hands. Everyone knows him simply as Frogman (except the vicar, who rather jarringly, still calls him Terry).

Frogman still lives in the cottage in which he was born. He plays records late into the night. The sound of nature programmes is often to be heard coming from his telly. He dug a hole in the garden once and tried filling it with saucepans of water – but the water drained away. All that’s left now is a man-size hole. “A torture chamber”, the village kids say. 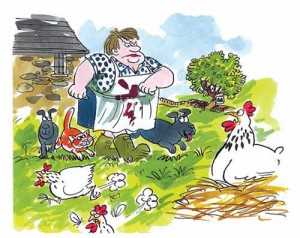 They’ve been known to render guests immobile. Some, stupefied, have slept like beached whales for hours. One even died of a coronary the day after his stay at the farmhouse. “Just as well he paid before he left,” laughed Pat, red-cheeked, blustering off across the yard to kill a chicken, her dogs and cats swarming around her like flies on meat.

Guests don’t give her any problems. They’re petrified of her, padding around in her wellies by day and slippers by night.

Pat says she takes a “healthy interest” in the guests. “More like a bloody interrogation,” they think. “I’m a friendly Pat,” she says. Others have been known to refer to her as “that cow Pat”. 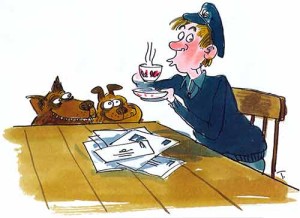 Bob gets up at 4.30am and spends the next eight hours driving around country lanes and farm tracks in his van, whistling along to the radio. He even gets out from time – mostly to call into people’s kitchens for a cuppa, although he does deliver the occasional letter.

He’s got regular refreshment stops. He stops with Jeff at 5.30am just before he starts milking, at Harold’s at 7.10am as he’s unlocking the farm workshop and at Betty’s Bakery for tea and a bun at 10.

The residents love him. He’s so cheerful so friendly. Always got time to stop for a chat. Always makes sure the parcels are delivered undamaged, the letters uncreased.

He closes gates and rings the farmer up if he sees a dead sheep. He’ll always lend a hand if a cow’s escapes and needs rounding up.

Sally fell for Nigel despite, rather than because of, his opening conversational gambit.

They were at a Young Farmers’ dinner when he shot her a sideways glance and asked: “How many acres have you got then?” 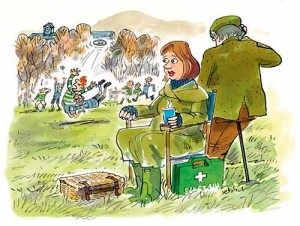 Sally (keen not deter the only eligible bachelor she’d talked to in months) embellished her answer by about 200 acres and began a blow-by-blow account of the cutting-edge min-till drill just purchased on the family farm up in Lincolnshire. The rest, as they say, is history.

Fast forward a few years and Sally and Nigel are at the local prep school to watch one of their four strapping sons play rugby. Sally has set up camp: a smiling, serene presence, bastion of the PTA, folding picnic chair and social chit chat at the ready.

Nigel perches on his shooting stick beside her, glued to his Blackberry as he follows the grain futures market, only raising his head to shout: “Good tackle, Dan,” at the home team.

Afterwards, at match tea, weekend-in-the-country fund managers stare bemusedly into their tea cups as Nigel and the one other farmer father loudly discuss the respective merits of various power harrows.

As a farmer’s daughter, she learnt young the need for super-human tolerance and is under no illusions about what being a farmer’s wife involves. Who says it’s all cake baking and Agas?

It’s paperwork, quite a lot of manual work, acting like an unpaid taxi service to all and sundry and now she’s even considering getting a part-time job (there are still those school fees to be paid).

Nothing phases her. She a great tractor driver, she can round up cattle in the middle of the night in a gale, can gut a pheasant in her sleep and can magic up a meal at a moment’s notice 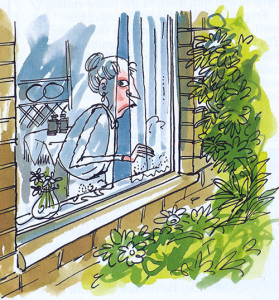 “I’m not one to gossip,” says Mrs Parker. “But seeing as we’re on the subject, you might as well know…”

Most of Mrs Parker’s conversations start this way. There then follows a diatribe on the latest subject of her attention. Or, rather, her latest victim.

It might be the parish council. “They’re all on the fiddle.” The local landowner. “He’s a drinker, you know.” Or the publican’s wife. “The hussy.”

But Mrs Parker’s strongest venom is directed at the woman next door. “She has men in when her husband’s at work,” she says, her nose turning up. “Men, one after the other, a whole procession – tall, short, fat, thin. She’s not picky, that one.”

For years, Mrs Parker has been slandering her neighbour in bus queues, in shop aisles, at WI meetings – at every available opportunity, in fact.

She, of course, doesn’t see herself as a gossip. “We’re just looking out for each other,” she reckons. What she’s looking out of mostly, however, is a chink in her net curtains.