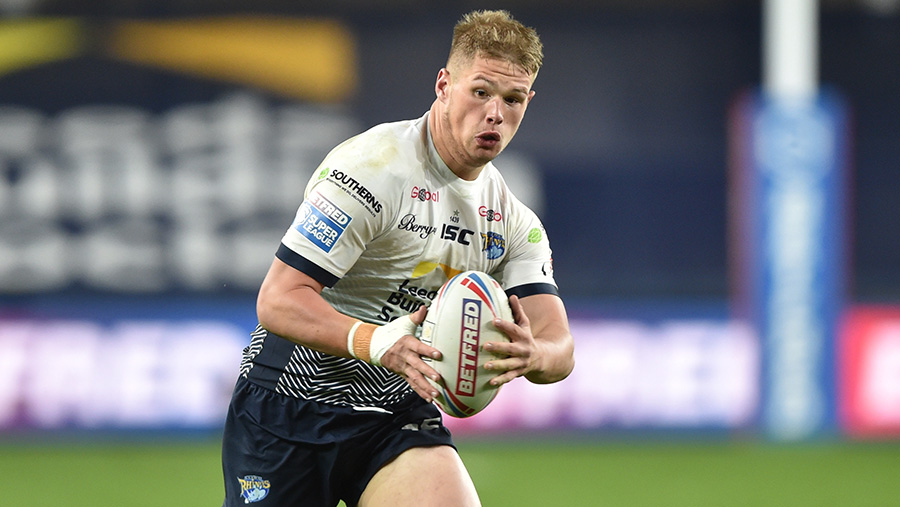 A West Yorkshire pig farmer is in contention to play for Leeds Rhinos in the Challenge Cup Final at Wembley on Saturday – one of the showpiece events of the rugby league season.

Teenager Tom Holroyd has been named in coach Richard Agar’s squad for the clash with Salford Red Devils after impressing this season, but he also has plenty to keep him occupied back on the family farm.

The 19-year-old has been working hard to raise his own Large White cross Welsh weaners, which he took on during the Covid lockdown in March, making use of some empty sheds to house 15 pigs on the 121ha farm in Hebden Bridge.

Rated as one of the brightest front-row prospects in England rugby league, Tom made his debut for the Rhinos two years ago, but he has always felt a strong connection to farming.

‘Farming is a release’

He told Farmers Weekly: “Farming, I feel, is a bit like a release and back to where I come from, and it seems to just keep my feet on the ground really.

“It isn’t too kind on the rest days from rugby, but it is nice to come home to. 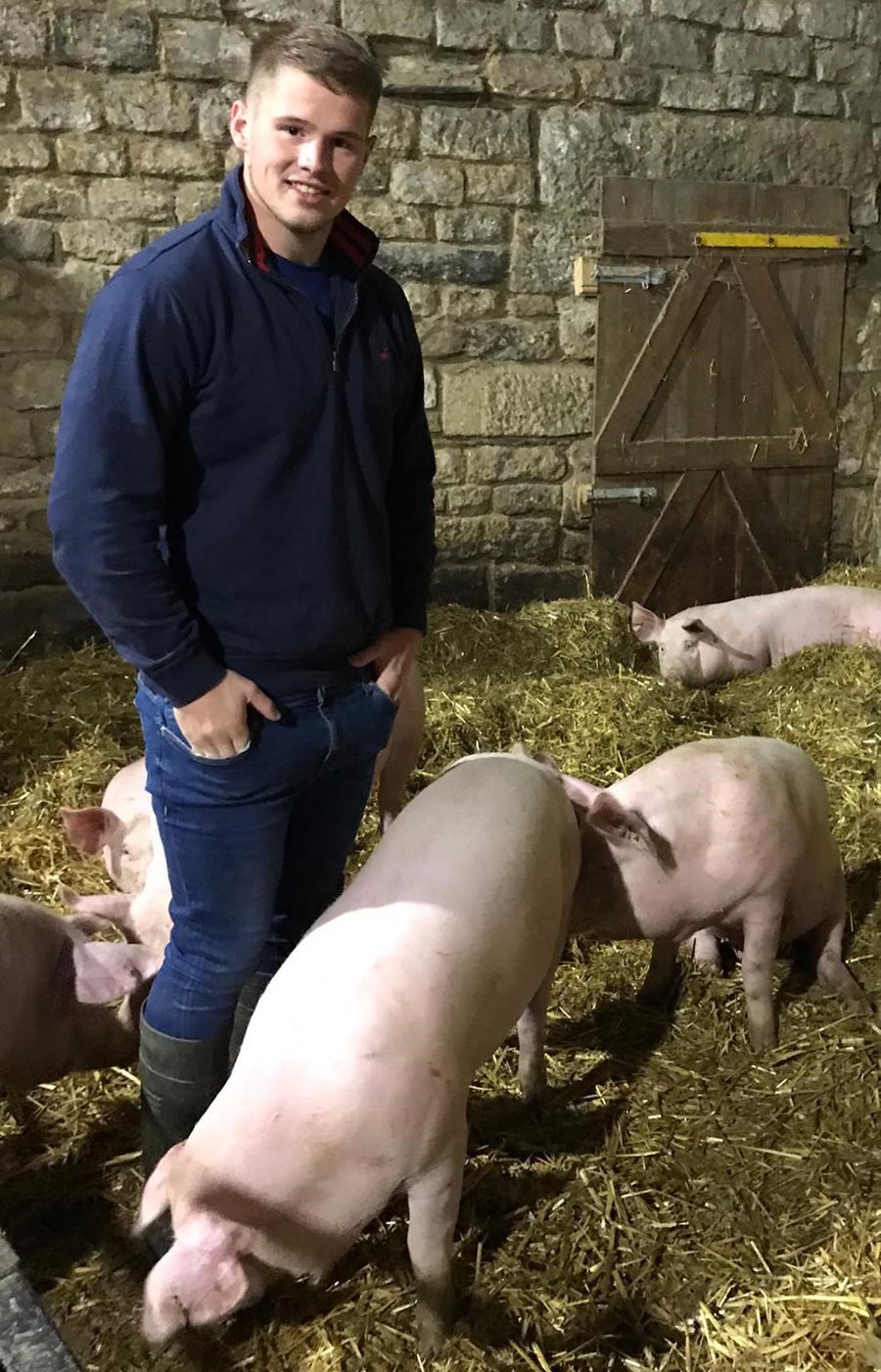 “Most of the weaners are coming on now. I’ve just started selling a few back to the market, so I’ll be on with buying a few more soon.”

The farmer turned rugby player is up early every morning to feed the pigs before heading off to training.

“The hopper keeps them fed throughout the day and I have an automatic water trough.

“I get to Leeds for 8.30am, ready to start training, which finishes around 3pm,” he explains.

“Then it is back home to check on the pigs and see what else they need.”

The plan is to create an outdoor unit for the livestock and eventually start breeding in the rugby league off-season.

Tom says his farming background is a source of great interest with his teammates in the changing room.

“There’s a few jokes about it – but they all seem to get on board with it, I think they all like it,” he laughs.

“Some of the lads want to come up and have a look round when they can because some come from Australia and they won’t have actually seen a true English farm before.”

Fellow forward James Donaldson comes from a dairy farm in Cumbria, so Tom does have a farming ally in the team.

Another motivation to start the pig venture was how it could benefit his diet. “Being a rugby player, it is a constant feed of protein that you need in your system. I wanted to have a bit of my own and know what I’ve reared is going to be good food.”

Pork loin or gammon steak is a favourite, but before a game it will be a pasta dish, usually spaghetti Bolognese or chicken tagliatelle.

Tom believes hard work on the farm is helping his performance on the pitch, and he is excited by the prospect of ending this season with silverware.

“It is the work ethic that helps and just being able to get up on the days you don’t want to do it – there are cold mornings, getting up and getting it done,” he says.

“I am just loving the build up [to the final], it is all exciting and new.”