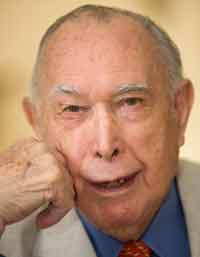 In the third of our series celebrating commitment and service to agriculture, Louise Impey meets Pat Terrell

The word retirement doesn’t mean a thing to Pat Terrell.


Despite being in his 10 decade, Pat works a longer week than most of us and still travels the length and breadth of the country.

Indeed, finding a time to talk to Pat about his remarkable life and career wasn’t easy. A two-day trip to Scotland at the invitation of a group of growers in Kinross was just one of the items on his itinerary in the week that Farmers Weekly caught up with him.

Believed to be the oldest grain trader in existence, Pat will be 94 in August. He can still be found at his desk by 8.30am every day, but only if he’s not already in his car heading off to talk to a group of farmers, collect a grain sample or attend a meeting.

Pat, who has lived near Peterborough all of his life, is well known both within the agricultural industry and beyond. Farming is just one of his interests – sport, politics and commerce also play a part in his busy weekly routine.

As well as having his own company, Wellgrain, which trades grain, seed and fertiliser almost every day, Pat plays bowls for Cambridgeshire, runs an investment club, remains active in local issues, tends a large garden and organises the annual Hare Supper.

This men-only event started during World War II, when a group of farmers met at the former Norman Cross Hotel. As food was in short supply, hares that the farmers had shot themselves were prepared and a good evening was enjoyed by all. Those present vowed to meet up again the following year.

Today, the Hare Supper is attended by over 50 people, all of whom have been personally invited by Pat after much thought and deliberation.

“After the end of meat rationing, the event lapsed for a few years,” he says. “But there was such strong demand from the guests who had enjoyed it, that I was persuaded to revive it.”

For the past 35 years, the Hare Supper has been held on the first Thursday in February at The Haycock Hotel, although the menu has changed since the first event.

Outside of farming, an interest in football led to him becoming a director of Peterborough United for 14 years, while his talent for bowls has taken him as far as Australia to play competitively and resulted in him being made County President. 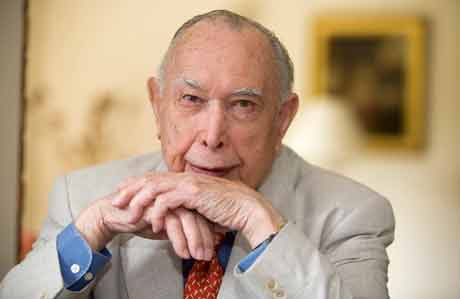 Pat’s introduction to the grain trade came when his father retired, but decided to take up a “pocket money” post with a local hay and straw merchant to keep himself busy. After several twists and turns, Pat eventually took over the business.

Having left school during the Great Depression in the 1930s, he took up an apprenticeship in a local engineering works. During World War II, he was involved in making munitions for the war effort, after which he started working for a local agricultural merchant.

He can clearly recall the outbreak of World War II, as he was playing a game of tennis when the news that the country was at war was announced.

Grain trading has changed considerably since Pat began his career. At that time, the local markets all had their own corn exchanges, so he spent this time travelling to many sites including London, Bedford, Stamford and Peterborough.

“I was standing in the Mark Lane Corn Exchange in London the day after it was bombed,” he recalls.

Pat was responsible for introducing maize growing to the UK and continues to take orders for maize seed to this day. He also has an interest in flax growing and helped to revive interest in the crop when it looked set to disappear from the countryside.

Agricultural shows and events are still on Pat’s schedule, despite his advancing years. Next month, he is planning to attend both days of Cereals 2009 and anticipates that business will be as brisk as ever.

“I will only be leaving the stand for 10 minutes,” he stresses. “And that will be for a meeting with a business colleague.”