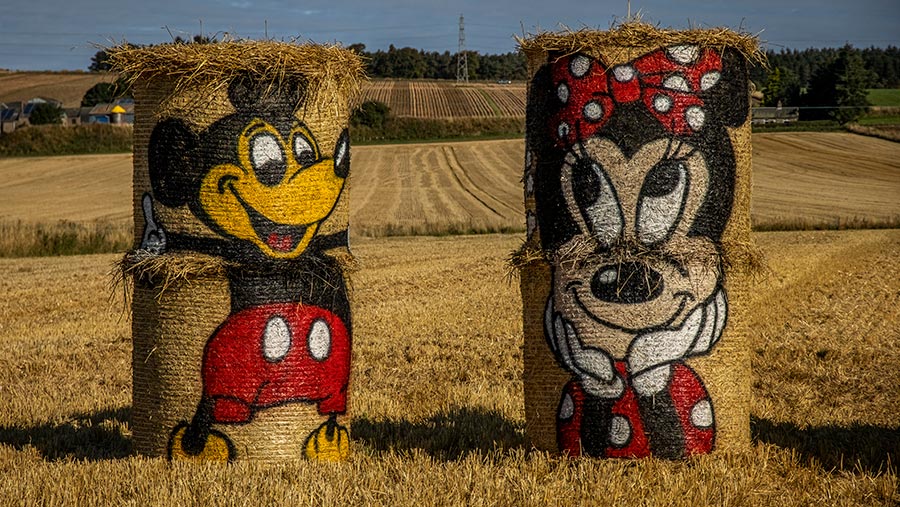 A farming woman from Scotland has created an eye-catching design with bales inspired by the work of Walt Disney.

Fleur Baxter from Angus, who has acquired the nickname “Balesy” for her work with spray paint and barley straw bales, has created the design at her farm in East Hillhead.

The artist turned her hand to painting to make a light-hearted contribution to the Scottish independence referendum debate back in 2014 and, as a result of the positive reaction, has created a different bale-based design every year since. 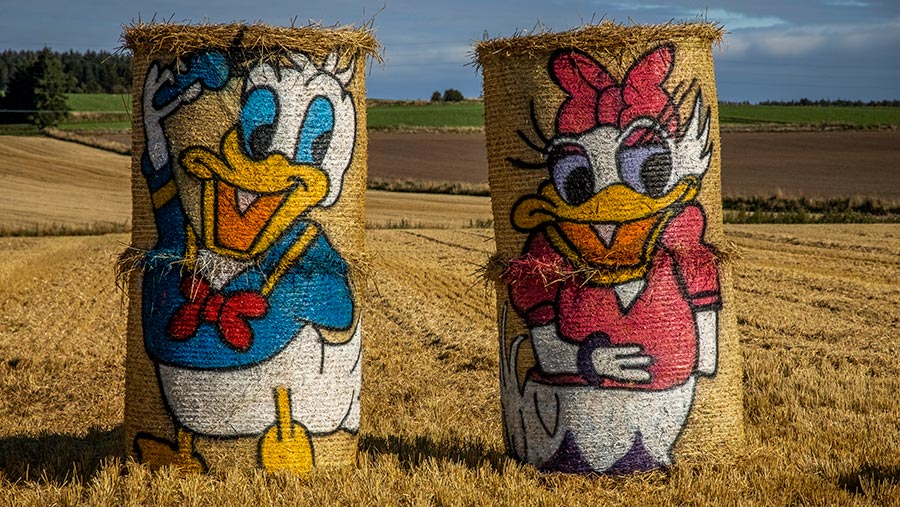 “Post-harvest, I’ve made something different – either with a topical slant or a fun ethos,” she says.

For 2021, following two difficult years for the country, she’s focused on a positive design.

“Mickey Mouse represents everything that Walt Disney wanted to portray – happiness, fun, dreams, and the ability to bring families together.

“The Mickey symbol has the power to evoke positive emotions and make memorable experiences, thus forming a strong and consistent meaning around the world. 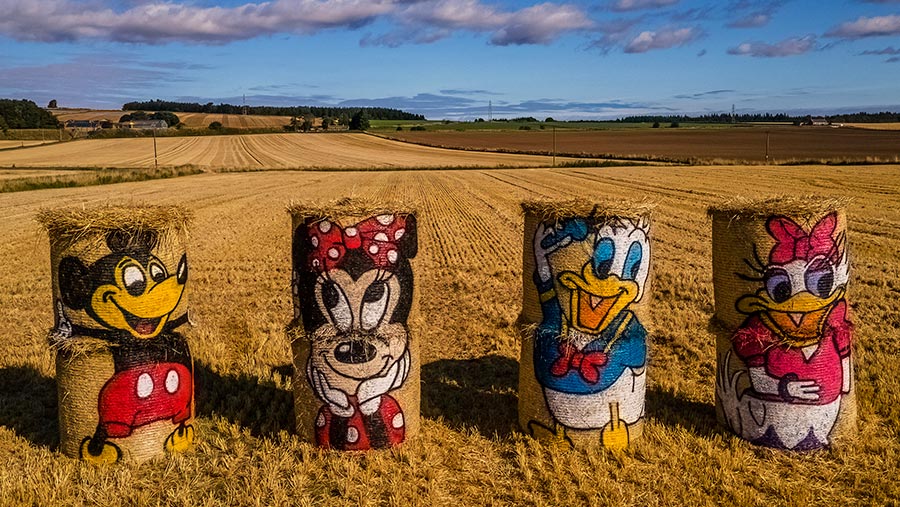 “My main motivation for constructing the artwork is purely to pop a smile on the face of anyone passing by, whether on the school run or daily commute. I love to think I’ve brightened someone’s day.”

Her passion for what she does and for the community is evident in her use of bright colours and attention to detail. 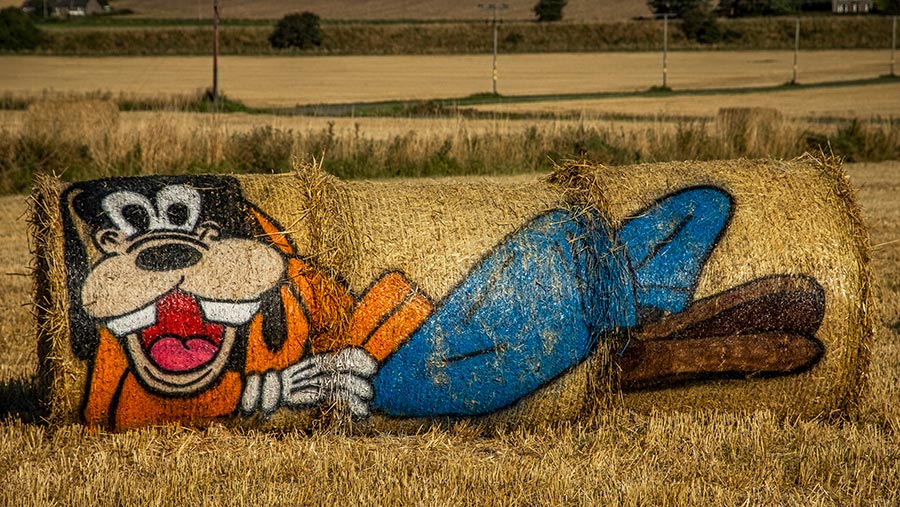 “I’ve had hundreds of folks stopping to take a photo,” says Fleur.

“Children love the brightly coloured characters, and the local paper and radio have been out to have a wee look and speak to me.” 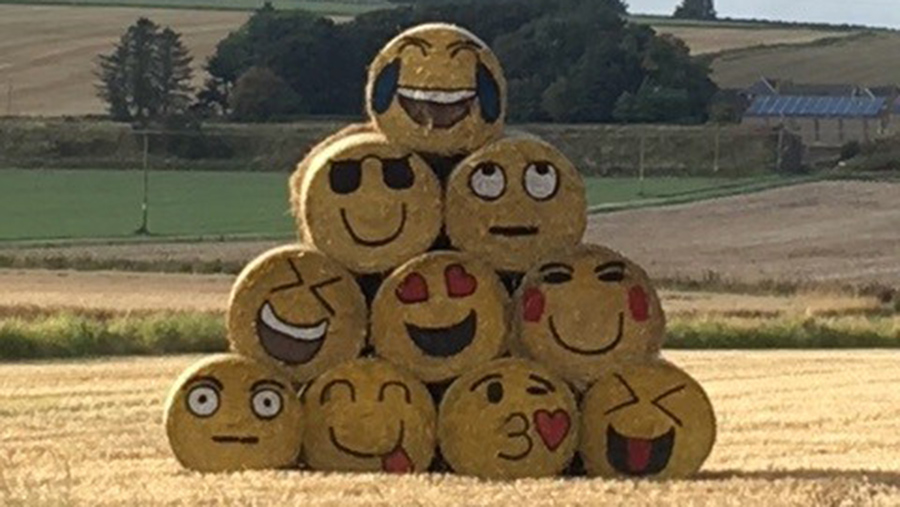 Although she enjoys the process and it provides a creative escape, her bales have supported many charities. 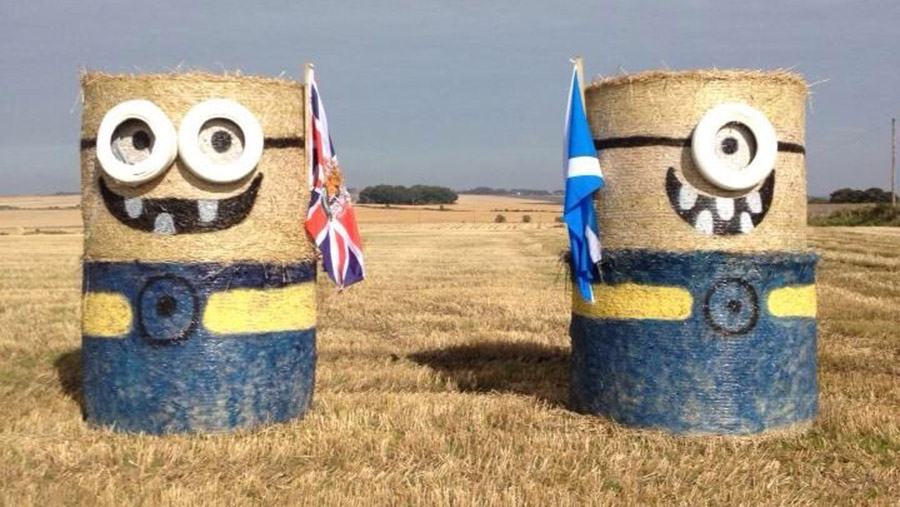 “I have a very good friend whose father is terribly ill with the disease, as is one of my late father’s best friends.”

Looking to the future, Fleur has an exciting Christmas display in mind – but she’s planning to keep the theme under wraps until later in the year.

Support Fleur’s fundraising by donating on her JustGiving page