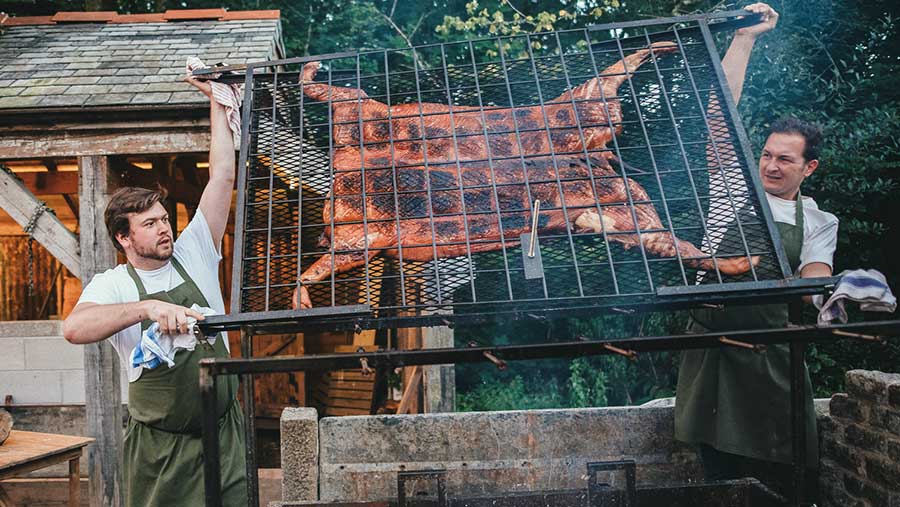 Nestled in 40ha of rolling Cornish countryside is Nancarrow Farm, where the same family has farmed for 230 years – through nine generations.

At the helm is Steve Chamberlain, who is a partner in the business with his wife Lucy and father-in-law Pete.

After 16 years of Pete taking farm produce to farmers’ markets, the family wanted to expand on the farm brand with a new experience – supper clubs. 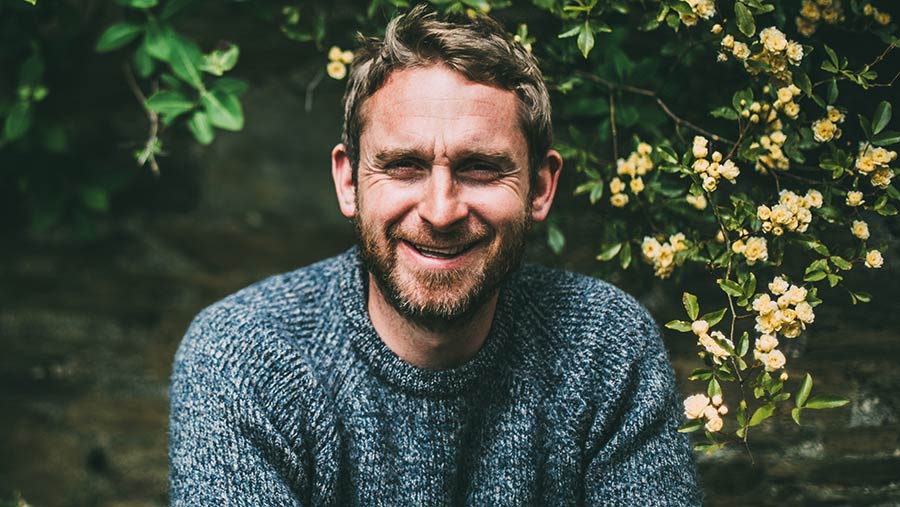 “We were inspired in part by Hugh Fearnley-Whittingstall at River Cottage, and childhood trips to Ferme Auberge farm restaurants in Brittany, France,” Steve explains.

“Dealing with the public was really just an extension of having a face-to-face relationship with customers at the farmers’ market, and my background in events, prior to moving to Cornwall.”

Their supper clubs – known as the “feasts” – started in 2014 and five years on they are as popular as ever.

The feasts are ticketed at £40 each and sell out fast. Each event caters for up to 114 people, with live music and communal-style seating.

“It really gives a celebratory feel,” says Steve. “Our on-site chefs are equally happy cooking for the team on a busy day on the farm as they are cooking for everyone that attends our feasts.”

With a footfall of 7,000 visitors a year for their mini festivals, suppers and weddings, nearly everything the family produces is consumed on farm.

“We like to keep things interesting,” says Steve. “And it’s really important that we don’t waste anything – the idea is that we use everything on farm. We collaborate with chefs to showcase the lesser-known cuts.”

Livestock are slaughtered about half a mile down the road, then brought back to the farm to be butchered.

The family are concerned about their environmental impact and this super-local production chain keeps their carbon footprint to a minimum. 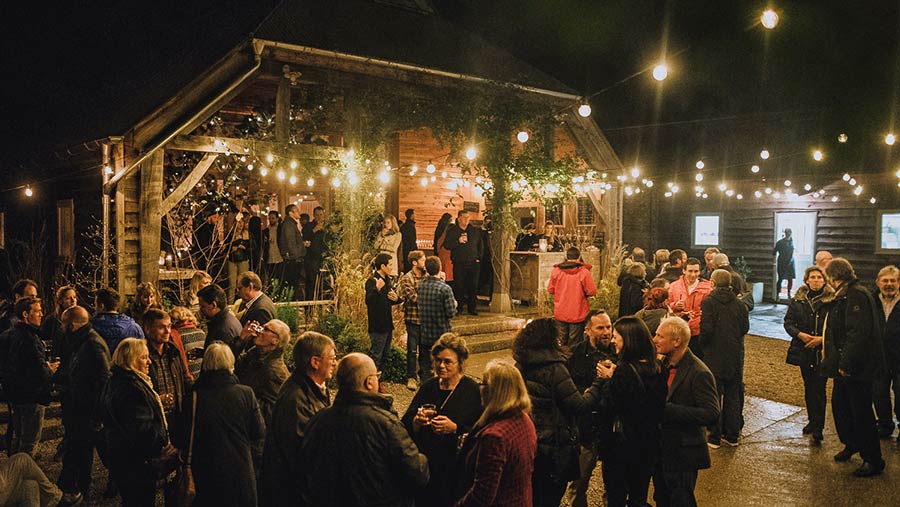 They are also looking into producing leather hides and charcoal from carcass bones to utilise absolutely everything from the farm.

Their menu is kept seasonal, with the team foraging on the farm and in the garden. “Around 80% of what we produce is used on the farm,” says Steve. “The rest goes to an organic box scheme, but our goal is to use it all ourselves.”

Helping to bridge the connection between consumers and their food, visitors are welcomed to see the process from field to fork. “It gives people the chance to come on farm and have a wander – see the whole process.” 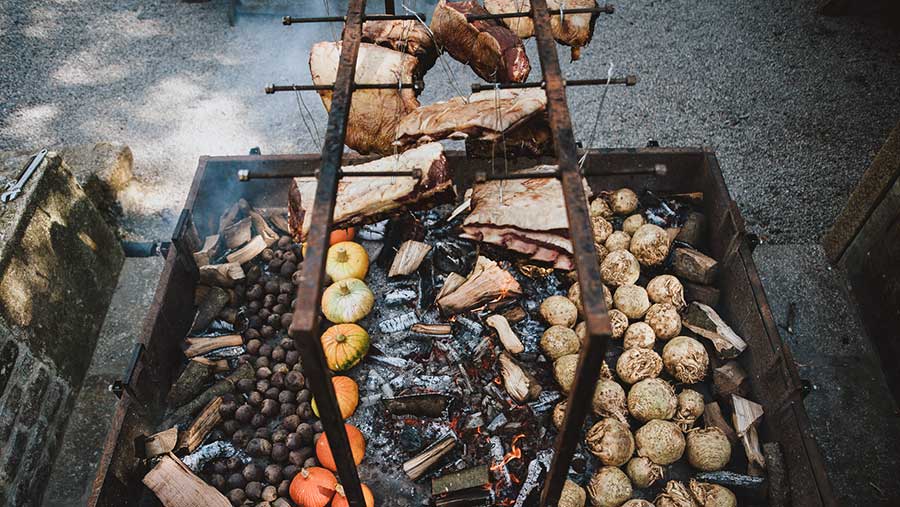 Steve recommends the supper club idea to fellow farmers. “There are more and more chefs who are keen to collaborate with farms, enticed by the opportunity to cook as close as possible to where the food is produced.

“There’s definitely a market for it – what better place to have a plate of food than where it is produced?”

If supper clubs don’t appeal to you, why not consider an on-farm breakfast club?

Botelet Farm, near Liskeard in south-east Cornwall, runs a monthly breakfast club, in which they use either home-grown or hedgerow produce.

“This might be our home-grown blueberries, rhubarb from the garden, apples from the orchard, fresh mint, eggs from our chickens and edible flowers such as primroses, garden roses or fuchsia,” says Tia Tamblyn at Botelet. What cannot be sourced from the farm comes from local producers, such as milk and butter.

Recently the farm held a breakfast club in collaboration with breast cancer charity, Coppafeel – helping to break the barriers of rural isolation while also raising money for a good cause.