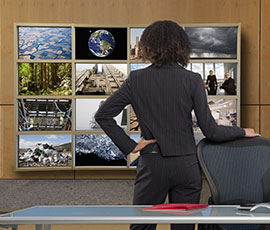 Farmers Weekly has followed the farming news and events with video camera in hand.

The online editor picks out the best videos which represent farming life in 2013 – the trials and tribulations, the fun and the rather strange.

The ed always loves a machinery and kit show and Sima 2013 was no exception – she’s just not sure whether it was reporter James Andrews’ and Oli Marks’ fresh faces that attracted viewers or the lady on the Lamborghini tractor that attracted so many viewers.

The YFC AGM is always a great party and 2013 in Blackpool was no different. What was different was hundreds of young farmers dressed up in Where’s Wally-themed fancy dress.

The weather continued to cause havoc in 2013. Strong winds in Suffolk were responsible for a freak accident when a double-decker bus was lifted up and landed in a farmer’s field.

The worst weather was early in the year with heavy snow causing havoc for livestock farmers. We spoke to sheep farmers in Cumbria whose flocks were decimated in the snow.

Farmers often feel misunderstood by townies but that did not stop one farming charity from spreading a bit of love and understanding by bringing farming to the centre of London. Busy workers were delighted by the site of farm kit on show right outside the iconic St Paul’s Cathedral. And love and understanding seems like a good note to end the year on.

Watch the videos below.