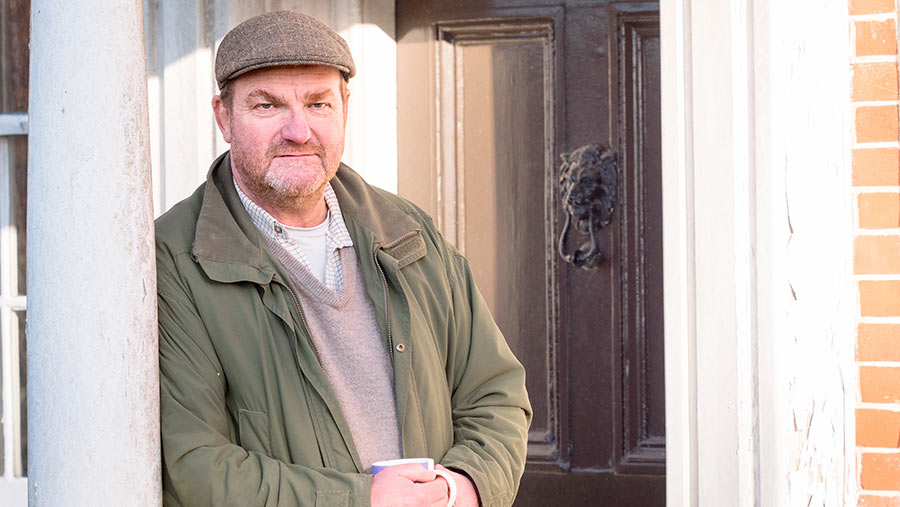 I hate to sound like the clickbait that can be found around the edges of the assorted dodgy websites I frequent (“Posh and Becks – it’s over!!!”; “You won’t believe what this 80s star looks like now”), but it’s time to point out that “You’re doing it all wrong”.

In clickbait-land, this last one can apply to everything from cooking an egg to wiping one’s backside, but I’m aiming it fair and square at the meat industry.

And just what is it we (because I include everyone in the industry, from little producers like us right through to the highest flying TV chef) are doing wrong?

We’re arguing with the vegans and vegetarians (V/Vs) in the wrong way.

The V/Vs’ moral high ground is very simple: eating meat is murder. From this high ground they shriek, lecture, insult and, without even the teeniest weeniest trace of irony, make death threats.

The meat industry isn’t quite sure how to handle this. We squirm and look embarrassed, and makes noises about how well the animals live, and how healthy the meat is, and assorted other excuses.

Unbelievably, some even write to Farmers Weekly saying (a-la-Noël Coward) “Don’t let’s be beastly to the vegans,” because they are the public and “our customers”.

Enough. The time has come to own up. Yes, we breed animals, we kill animals and eat them. We ensure that every single last piece of them is used somewhere, somehow, in ways evolved over centuries, in food, in clothing, in medicine.

“Sustainability” is the hideous buzzword falling easily off the forked tongue of the lazy ecowarrior, but livestock farmers do it for real.

And once we’ve proudly owned up to this fact, we should pay closer attention to the V/V menu, and swing the spotlight on to the very staple of their diet: bread. And the bad news for V/Vs is that bread production is far from animal cruelty free.

A year on an acre of arable land is a bloodbath. It starts in the autumn, with the cultivations: rats, worms, mice – think about the slugs after a dose of metaldehyde, dying long slow deaths from dehydration.

If slugs could scream, there’d be no sleep in the autumn countryside. And it never stops: the aphids, the midges, the spiders – assuming, of course, that these don’t miss the V/V care radar by not being cuddly.

And harvest? Ugh! The rabbit with its back broken by the combine, the hare with half its head sheared off. The list is endless.

I’ve decided to try and make that list. In the course of the upcoming arable year, I’m going to document the carnage.

I’m going to keep the camera handy, and every time I kill a poor innocent animal in the course of growing wheat, I’m going to take a picture, and document that death. I’ll pester my agronomist and my vet, and try to get gruesome and gory post-mortem details.

Being an up-to-date farmer, I’m going to make use of this new-fangled internet thing, and start what young people call “a blog”.

I’ve even registered the name: “deadforyourbread.com”. It’s up and running now, and when the tractor finally makes it out of the shed, I’ll be charting the death and cruelty that goes towards producing that loaf – the loaf that proudly claims to be “suitable for vegetarians”.

You fellow arable farmers could join me in this mission. Send me your own pictures of deaths of animals killed and discarded.

Visit the blog – and you never know, you might be the one millionth visitor and be eligible for a stunning prize!