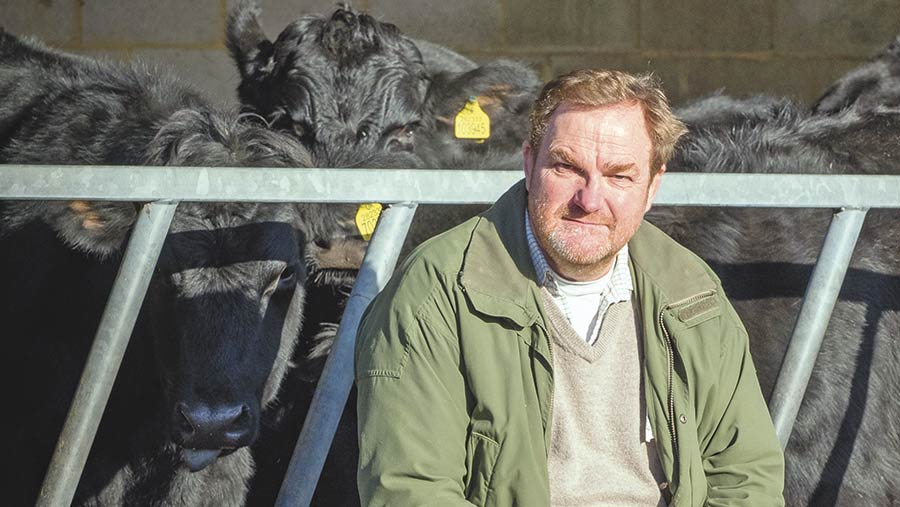 You may find this hard to believe, but we have actually done a bit of farming recently, in among the rain, frost, snow and the endless rows with the RPA about missing fields.

We had a TB test, for a start. This always presents a challenge for us. We have to drag the teenager out of bed to supply some muscle, and build a sturdy mini-yard on the concrete with assorted hurdles and the crush.

The next job is to get Hazel’s dopey cattle used to going through the crush. This is easier said than done, and involves a lot of gentle calling and numerous bags of cattle nuts.

Luckily, by the time the nice Spanish vet arrived to do the jabs, they had reluctantly got the hang of it, even if I was still having to lean on them in a way that made me nostalgic for my number 3 shirt.

The vet’s return visit was interesting: Snow-mageddon was just arriving, and if you want to see the face of long-suffering misery, it’s a native of the Iberian Peninsula fondling cattle in an English snowstorm.

The cattle were a bit livelier this time too. You can’t blame them; last time they went up the crush they got no nuts and a couple of sharp pains in the neck.

The vet, of course, was the very model of professionalism, and announced that we were all clear. This is, of course, a huge relief all round, but especially to Hazel, who takes the welfare of her 400kg black teddy bears very personally.

We sent him on his way into the growing blizzard with a cheery wave and my traditional cry of “¡No me gusta las albondigas!” – which I’ve assumed for decades was a cheery Spanish farewell, but apparently isn’t. No wonder it has attracted so many puzzled looks over the years.

There has also been a burst of activity on the arable front too, although “burst” might be overstating it a bit.

I managed to find the tractor (not used since November), start it (a pleasant surprise), hitch it onto the trailed sprayer without the Christmas slipped disc going again, and, best of all, found a flush-through of liquid fertiliser in the autumn really does act as excellent antifreeze.

I have managed to get a much-needed first dose of N35(S) liquid nitrogen and sulphur fertiliser on the oilseed rape and the winter barley – both of them looked in desperate need of it, too.

The barley sown into chopped wheat straw was coming second in the race to grab a bit of residual nitrogen.

I found two fields of wheat that could carry the tractor – they were chalky ones that had peas last year, so probably weren’t in desperate need, but at this time of year, you go where you can.

The heavy fields could hardly carry a 17st farmer in size tens, so they will have to wait. When the sun does shine, and the ground dries up, we’re going to be chasing our tails, that’s for sure.

There was some more good news, though. The four badger setts out in the Folly have been abandoned by their occupants this year.

Not sure why, or not sure when – I’ve been tiptoeing round them for three or four years, as they have been methodically bulldozing the brilliant white subsoil to the surface.

This spring? Gone. No sign. Very good news to go with the totally unconnected and utterly coincidental news about the TB test.