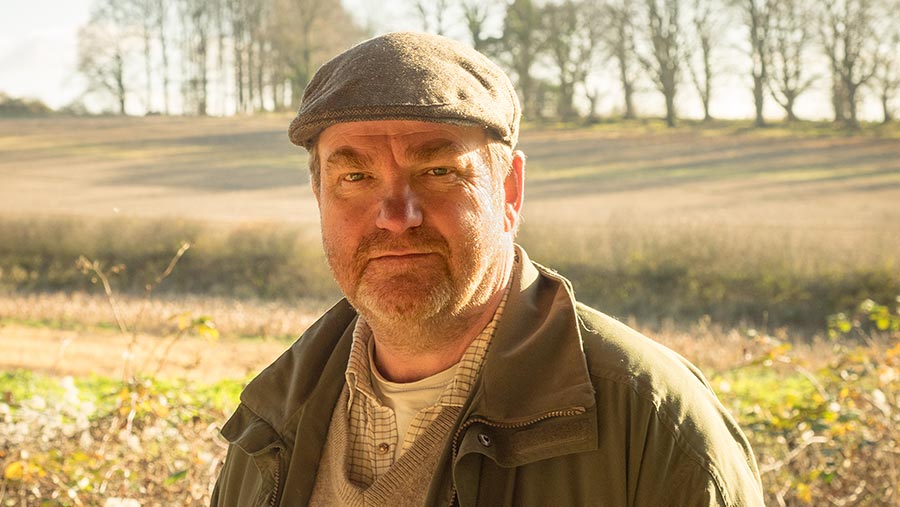 This is a story for Mr Gove, part 1. The email that I’d been dreading finally arrived last week.

It was lurking in the spam filter, deep among the Bitcoin offers, messages from grammatically-challenged Nigerians trying to get millions out of the country, and the numerous offers to enlarge crucial bits of my anatomy (how do they know?).

But this wasn’t spam; it was from the Rural Payments Agency, and said that I had one new message.

The panic set in. Now we’re in trouble, I thought to myself. The EU satellite has been over and spotted our bit of fencing – the bit I thought we’d got away with.

Back in the spring, you see, just after cattle turnout, Hazel’s dopey monsters had broken a corner post, and an urgent repair was needed.

We couldn’t take the whole lot down and rebuild – we had to knock in a new strainer on the inside of the corner, and reroute a short length of fence to meet it.

Just as I was knocking the last blood-stained staple in, a horrible thought struck me: we’ve changed the area of the field.

The pasture has been enlarged at the expense of the bit of rough ground where assorted cultivators are randomly parked.

Had we changed it enough to upset the spy-in-the-sky, and should we start printing off and filling in the dreaded RLE1 form?

In previous years, tiny shifts in fences would have meant nothing – our fields were being measured in hundredths of a hectare, or to the nearest 100sq m.

But one of the most chilling features of last year’s field data sheets was the new measurements – down to the nearest sq m.

We’ll leave aside the frankly ludicrous notion that a whole parcel of farmland can be accurately measured to the nearest square metre, and concentrate on the panic that went through Flindt Towers. By how much had we changed the area?

Well, the bit of fence that was moved was a short length, and we’d left one end anchored to the barn. So we’d effectively gained a small triangle.

Out came the farm’s vintage tape measure, resplendent in its leather and brass case. A triangle’s area is base multiplied by perpendicular height, all divided by two.

The base length wasn’t more than two hands, the perpendicular height was almost exactly half a chain. (That’s two perches – look it up, kids.)

Some nifty sums in the mud on the back of a rotavator gave an area of 1.22sq yards – quite spookily, a whisker over the crucial square metre. Bother.

“Well, that might explain the email from the RPA,” I said to myself as I searched for the log-in page on their website.

In went my 10-digit number, in went my password… and nothing. I had another go; nothing. This could only mean one thing: we would have to call them.

Hazel bravely volunteered for this arduous task, so I set her up with a Thermos, a sleeping bag, emergency rations for 48hrs, and tiptoed away as she dialled the RPA’s number.

I was only halfway across the yard when I was summoned noisily back; “They won’t talk to me!” shouted Hazel.

Back in I came, sat down at the desk, and talked through the security questions. I passed this test, and handed the phone back to Hazel (who was, somewhat prematurely,  just getting stuck into a bar of Kendal Mint Cake). “Mfff mfff,” she said.

Ten minutes later, it was all sorted. They would email us a code, which we’d use to reset our password. Simple. Or so you might think.