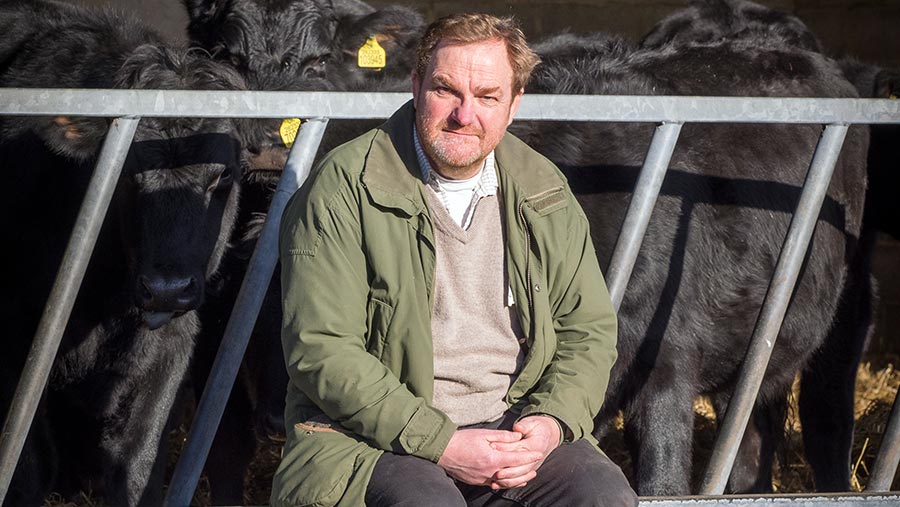 It’s at about this time of year, when the days are just beginning to get longer (by a gnat’s fart, as Ken the tractor driver used to say), that I have a little review of everything – a sort of “State of the Farm” summary.

Is Manor Farm up together and ready, after the long Christmas lay-off? Far from it.

I’m not saying we’re chronically behind with everything, but I’m worried that the numerous locks to the diesel compound may well have seized up; it’s been that long since I went round and topped up with fuel.

True, we had a good-ish October and early November. But modern thinking (influenced by the new blackgrass rules) means we had to sit around and twiddle our thumbs for most of October.

And then we may have got a bit too keen to roll heavy seed-beds that didn’t appreciate the winter’s deluge. “Patchy” would be a kind word for some of the cereals.

So there’s 8t of expensive new stock of bean seed stacked up in a leaky lean-to (just my luck to refresh them this year).

Next year (and how often do we farmers start a sentence with those two words?) I might resort to putting the winter beans in first.

We’ve put winter beans in in February before, and they did OK, and it means another dose of glyphosate can go on.

At least the pre-emergence cereal spraying is up together, and, according to the agronomist, appears to have done its job.

Mind you, the bill for all the chemical came the other day. If I have to pay another penny for graminicide, I’ll be sulking. And that’ll make a change. Not.

Luckily, Hazel’s side of the farm has been trundling along with no dramas. Sixteen 14-month-old Angus-cross cattle are burping contentedly in the south-facing back barn, dry on the wet days and soaking up the winter sun on the rare dry days.

The 18-month-old hay/silage bales have kept fantastically, and get scoffed with alarming speed. And with barns full of barley straw (“You can never bale too much straw,” said Grandpa Flindt), we appear to be very popular at the moment.

40 Exlana ewes are feeling slightly sorrier for themselves out in England Pastures, but they are quietly getting on with being pregnant, and psyching themselves up for all the National Trust visitors to chase them round the field come the spring.

We’re lucky to have our Single Farm Payment, splendidly boosted by Brexit (you’re welcome, everyone), and Mr Gove has been telling us all that a payment of some form will be in place for several years to come. Now, who would have predicted that?

So, there we are. It’s the usual Manor Farm end-of-January mix of complete agricultural shambles and starry-eyed optimism.

And best of all, those nice people at Farmers Weekly have asked me to do this column every week. I’ll be able to keep you up to date with injuries, mishaps, bad decisions and what neighbour Robert and I discussed in the Jolly Flowerpots on Tuesday.

We’re getting old, so it was probably exactly the same as last week. Well, enjoy it anyway.