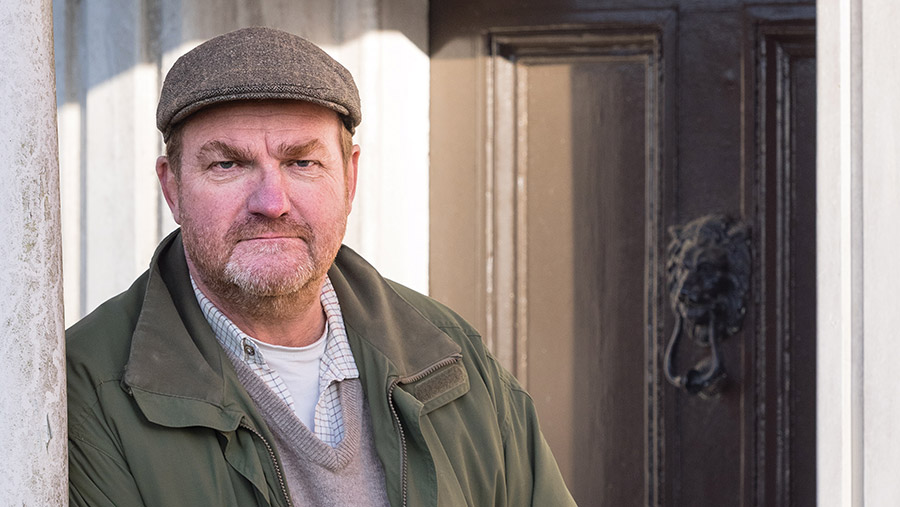 The orthopaedic surgeon leaned back in his plush leather chair. “So,” he asked, putting fingertips to fingertips, “When did you finally decide to go ahead with this hip operation?”

I had to think about it for a moment or two. I’d abandoned the front row because of neck injuries, so it wasn’t then.

I gave up wicket keeping, but still soldiered on without the gloves.

But then I found I couldn’t even wield my mighty Newbery properly, and tried umpiring; but standing still for four or five hours started to hurt too. But still couldn’t face surgery.

For a couple of years I’ve sat in the tractor with what feels like an open knife in my right pocket. I had to change the habit of a farming lifetime and abandon the foot throttle: angling the right leg out was just too painful. Using the hand throttle was a whole new skill for me.

A few months ago, the surgeon filled the hip with a scary mix of painkiller and cortisone; life did get easier, which confirmed that the hip was the problem.

You could tell the surgeon is of good Scottish farming stock; as he withdrew the huge needle from the deepest recesses of my groin, he casually remarked: “In an ideal world, we’d install a grease nipple on the outside of the hip.”

But what was the moment that persuaded me to bite the bullet and agree to let him loose with his scalpel? The family was having a love-in with Fred the flatcoat, who, at twelve-and-a-half, has long since picked his last bird.

The back legs don’t work terribly well, he’s totally deaf, but being a flatcoat, he still considers life is fantastic – even when he has tumbled over into an undignified and helpless heap again. The tail still wags.

“If he were in as much pain as you are,” said Hazel, “we’d have shot him.” That was the moment. I was on the phone to make an appointment faster than you can say inflammatory arthritis.

There was one more decision to be made: total hip replacement or “Birmingham resurfacing”? The differences are gory (but fascinating if you’re into a bit of bone grinding), and probably best not discussed over breakfast.

The fancy “resurfacing” job is the better choice for a fat man who still reckons on shovelling a bit of the proverbial when he returns to work.

“Will I get back in the scrum?” I asked. A shake of the head. “Back behind the stumps?” Another shake. “Batting at number 5 for the White Hunter CC?” A welcome smile and an approving nod.

I drifted off as memories flooded back of striding boldly (and without pain) to the immaculately kept square of the Brockwood Oval, the very man to steady the ship with the White Hunter score at a traditional 9 for 3. A polite cough interrupted my daydreams. Well? “Right,” I said. “Let’s do it!”

And so it is, if all goes to plan, that while you’re settling down with this week’s Farmers Weekly, I will be enjoying day two of my new right hip.

I have no idea what to expect. I may be sprinting up and down the hospital corridors, rehearsing that quick single.

Or I may be moaning and whining, milking my helplessness for all it’s worth. Although that will all have to stop when Hazel asks causally about the keys to the gun cabinet.