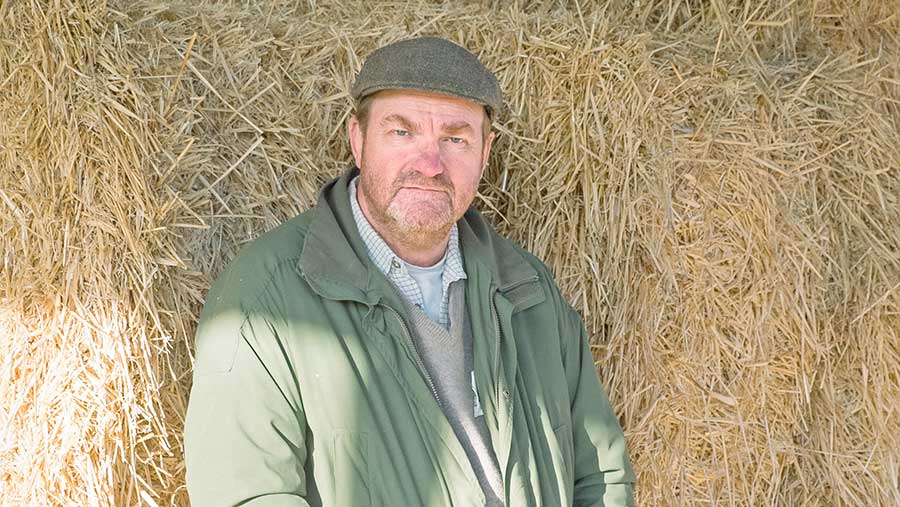 Good advice sometimes comes from unlikely places. For instance, let’s go back to the second week of August last year.

We were about to get stuck into our block of spring barley, and were trying to decide what to do with the straw – and, as usual with Propino, there was lots of it.

We didn’t need the straw – we had one barn still full of last year’s. But oilseed rape was due in those fields as soon as possible, and the last thing that crop needs is a slug-friendly mat of badly chopped straw.

But then again, how much damage would balers, trailers and loaders do to the already soggy soils? Just then, a ghostly fatherly voice popped into my ear: “You can never have too much straw!”

Decision made: we bale. And in an astonishingly lucky display of shower-dodging, the whole lot was cleared, some in big square, some in less convenient round bale.

But when the contractor manages to squeeze you into his frantic schedule in the world’s shittiest harvest, you take whatever shape he offers. “Rhombicosidodecahedron OK for you, Charlie?” “Yes, Colin, anything you say!”

We ended up with two barns chocka with squares, a single-level round bale “stack” that could be seen from space – and all this to go with a pyramid of wrapped haylage from June 2016, and half a gross of sweet round bale hay from June 2017. Too much, surely?

Eight months on, the whole lot’s gone. You’ve never seen such a frenzy of assorted loaders and trailers. Even the usually unmarketable round bales vanished to Hampshire’s buffalo country on a bale trailer so long it could hardly make it round the Hinton bends.

Mind you, we couldn’t start selling them until we agreed what price we were going to ask. And here it got bloomin’ awkward.

We sat round the kitchen table with Mad Mac, who was doing most of the marketing and loading, and talked prices.

We knew what we charged for a square bale or a round bale this time last year. We also knew what some poor buggers are being charged over in the West Country this season.

We were torn between being ruthless bloodsuckers, taking as much as we could from those who were desperate, or taking what seemed fair, in the possibly naive hope of building up the favour bank with those who might be useful if straw needs clearing in years of plenty.

As we chatted, a 6’ 5” teenager emerged from the farmhouse’s dining room, which has been converted to an A-level revision room.

I’ve always scoffed at economists; how they faultlessly predicted seven of the last four recessions, how 364 of them wrote to The Times saying Mrs Thatcher’s policies wouldn’t work, how they manage to make astrology seem like a real science.

But our budding economist listened to us for a minute or two while he waited for the kettle to boil, and then joined in.

“Do what ‘satisfices’ you,” he said. Three blank faces greeted this. “It means the economic result that brings you peace of mind rather than maximum profit.” He picked up his tea, raided the cupboard for more Hobnobs, and headed back to his revision.

So that’s what we did. And, oddly, we do feel “satisficed”. They were wise words indeed from my father’s grandson. The old boy would have been proud.