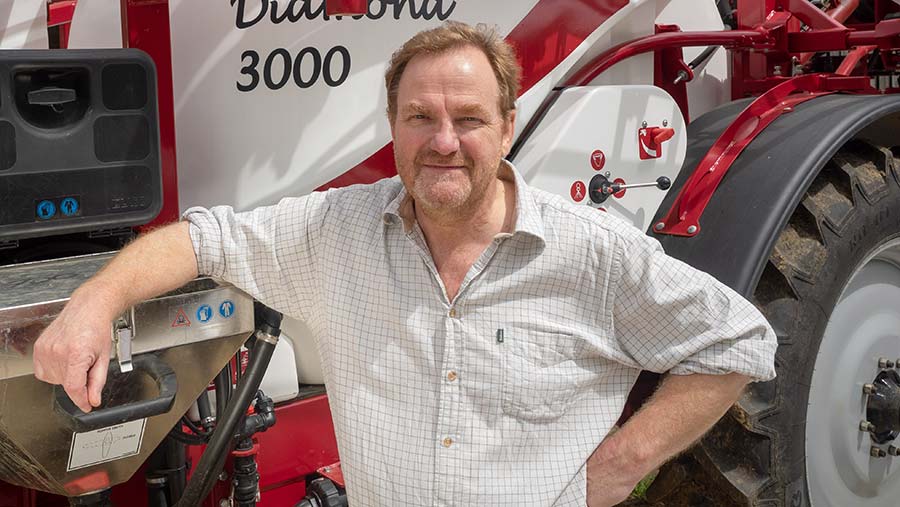 As the years pass, some skills are lost. Physical abilities wane – the days of hand loading a seed drill with hundredweight bags are long gone, and even when the weather allows time to make hay in small bales, we go for big round.

We have firmly adopted neighbour Robert’s wise words: if it can’t be done from a tractor cab, we don’t do it.

Then again, as the birthday cake gets more crowded with candles, some skills improve: estimates of how long it will take to finish that field, how much corn is in that heap or by how much to drop the seed rate/spray pressure to make sure I complete the job.

One farm skill that has vanished – and it still pains me to admit that for me it’s a lost art – is buying a tractor. It wasn’t that long ago – 2012, in fact – that I was quite good at it.

I thought it was time to change the main machine, did the online research, and visited one of my local dealers. “Here’s the spec,” I explained. “150hp, six cylinder, lots of suspension and big speakers.”

“What, like that one in the yard – except for the speakers?” asked the dealer. A short test drive, a couple of emails, a phone call or two, and some three-way Alpines later, and I had a shiny new tractor.

In early 2017, I had another go, this time to replace the loader tractor. I did the research and chatted to some dealers over the kitchen table. This took longer than normal, because I’m getting very fussy about the spec.

Never mind just the speakers: the tyres have got to be just right, the suspension must be particularly kind, and the seat must swivel, swing, hinge and accommodate my enormous nether regions with ease.

Ten thousand Hobnobs later, the deal was done. Delivery was promised in September 2017.

Spring came and went, summer lurched soddenly in and out, autumn arrived. Numerous phone calls were greeted with numerous assurances of imminent arrival and plausible excuses for tardiness.

The old tractor had a puncture; “Just put a patch on it,” I said to Tyreman. “It won’t be here long.” The endless rain masked the arrival of winter, but December was lurking somewhere under the leaden skies. But still no tractor.

And then, the Friday before Christmas, it arrived. At first glance, it looked fine, but as it rolled off the low loader, something didn’t seem right; despite all that calculation of lead ratios and tractor height, it was on the wrong tyres. “We’ll sort that out later,” promised the dealer.

Unfortunately, it wasn’t just the tyres: the grab solenoid didn’t work, the loader suspension didn’t work, the brakes were dangerously useless and one side of the front suspension was locked solid. After a few days, I invited the dealer to swap it back for our old one.

Also invited was a senior man from the manufacturer, to give his view. “Yeah, whatever,” was the message Hazel and I picked up. Stunned, we cancelled the order.

The 12-week delivery time has inevitably lengthened, but the good news is the tractor is finally at the dealers. The bad news is they can’t get the right seat.

So, 18 months on, we still haven’t got our new tractor; and I used to be so good at buying them. Still – at least the puncture repair has held out. Something tells me it may have more months to survive.