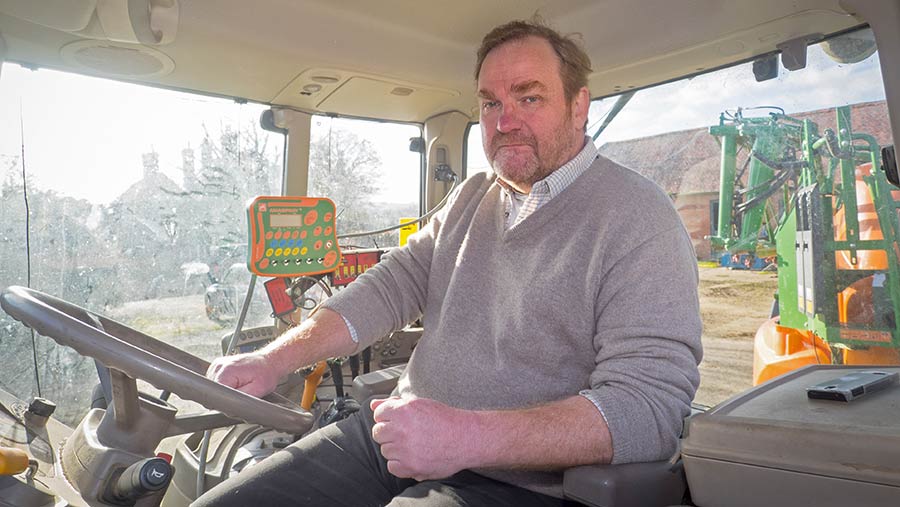 As soon as I can after harvest, I book an appointment with Jane the Physio for a bit of a work-over.

She’s a legend in these parts, working tirelessly to keep most of the farming community of central Hampshire proud and erect. (Stop tittering at the back, please.)

In days of yore she would have been hailed as a shaman, a magic treater of aches and pains, perhaps even a sorceress.

Anyway, our mid-September session was nearly over and I was flat on my back on her bench, clad only in threadbare boxers, recovering from a good all-round pummelling.

I opened half an eye to see her advancing on me with a tape measure. She spotted the look of slight panic in my eyes as I wondered what on earth was about to be measured.

“I’m going to compare your thighs; see if they’re levelling up after the weeks of post-hip-op idleness.” That was a relief – it was a cold day. “Your right thigh is still pathetic,” she said. “You need to build it up a bit.”

Luckily, I have just the bit of kit to sort this unevenness out. You might be expecting some fancy weights bench, or a “stepper”, but I have no need to invest in anything as sophisticated as that. I have a new tractor which should do the job nicely.

Compare a modern tractor with the ones we drove in the late 1970s, and the list of improvements is endless.

Look at the cabs, the suspension, the sound systems, the sophistication, the oil-change intervals (Ford 7600 – 150 hours). Yup, life for us tractor drivers has improved enormously. We’re dry, we’re warm, and we’re entertained as we work.

But in two departments, things are still a bit squiffy. First is the standardisation of controls. Compare them with cars, which over the years have gradually become almost identical from make to make.

Jump in any car, and you can be pretty sure you can start it and drive away without too much trouble.

Jump in a new tractor, and you can bet your life you’ll be going, “Now, where’s the key/handbrake/gear-lever, and what do I press in what order to get moving?”

The second area is one in which tractors have actually got worse: ergonomics. I was taught that it’s all about efficient use of the body in the working environment, and that means all parts of the body.

Get right on it

Consider that V-reg oil-guzzling Ford 7600. There’s a job for every limb, some for more than one. Clutch – left leg. Brakes/diff lock/foot throttle – right leg.

Now consider my brand new machine. Almost everything has shifted to the right. The left hand changes direction, but even that can be delegated to the right. It applies the handbrake, and that’s about it.

Which brings us to the legs. The modern, ubiquitous electric push-button clutch has rendered the left leg redundant.

Yes, it can be used to declutch, but there’s a button on the gear stick for it, all gear changes are automatic, and even the brake pedal can be set to declutch.

That’s why I’m confident that after another few weeks in the new machine, with my right leg in charge of braking, declutching and throttle control, and my left leg doing diddly-squat except tapping away to some high quality tunes by Napalm Death (once I get the radio to work properly, of course), I will rediscover thigh equality.

Which will be a relief; I’m wary of Jane and her tape measure.