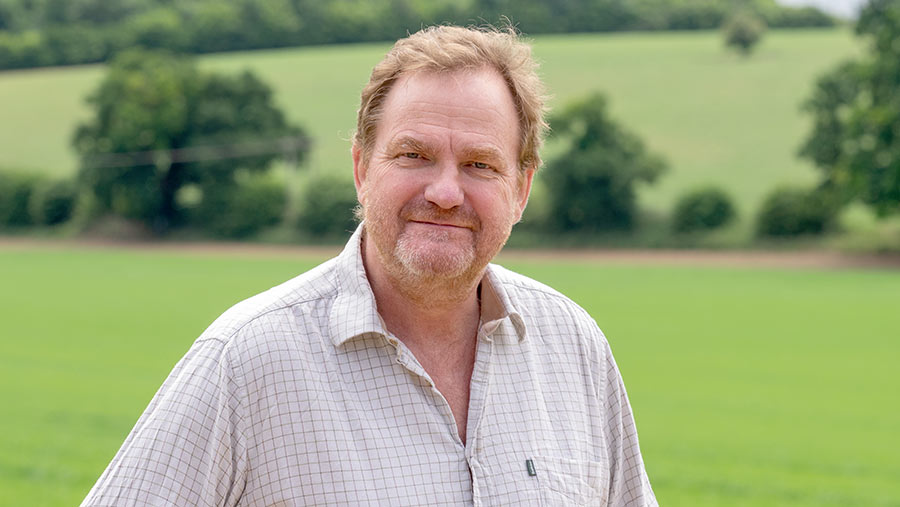 The letter from Hampshire County Council’s “Culture, Communities and Business Services” came as a bit of surprise.

In it, the “Technical Data Officer” explained that there was a problem with one of the cross-field footpaths in Godwin’s Park: it had been “subject to ploughing and cropping obstructions”.

Ploughing? In the yard I’ve got a 5F Kverneland and a 4F Overum, rusty and unused for several years – so that wasn’t right.

Cropping obstruction? “Hide a hare in March” is what they used to say about a healthy wheat crop, but the Zulu, still dozing in the cold clay of Godwin’s Park, would only just hide a soporific beetle.

We have had this letter before, many years ago, and that time it had a point: a bean crop had got away, and, yes, the paths were somewhat inaccessible.

But we went out with the topper and cleared them, and since then we’ve been very conscientious.

Sometimes it’s not easy: it’s a heck of a battle sending Hazel out with a strimmer or the knapsack sprayer on a baking May day.

So I rang the Technical Data Officer first thing the next morning.

She was chatty and friendly, very much on the farmers’ side, and said that this particular case was nothing to do ploughing or blockages; the route of the footpath hadn’t been marked out, and someone had registered an official complaint.

This was mystery, too. I clearly remember, after drilling and after doing the pre-em, driving along the route of both paths in Godwin’s Park.

Anyway, I wasn’t going to argue – I was due there later that day with fertiliser, so I’d check for myself.

Lines in the mud

When I got out there, I reluctantly admitted to myself that the anonymous complainant did have a point – but only just.

The more popular cross-field path was worn clear (reminding me of Dad’s motto on footpaths: “If it’s not used enough to be kept clear, I’m not clearing it!”), but the one in question was less distinct.

It was possible to see my old mark, but only if you had spent 35 years looking hard for lines in the mud from a tractor cab.

If you were a stranger in the parish, or a local who might recently have had a sharp exchange with the farmer about loose dogs or not being on the Right of Way – then it would be dead easy to lodge a complaint.

So once I’d dribbled on some fertiliser, I carefully re-drove the route of the “missing” path, trying not to get wound up by the tracks left by straying bicycles and galloping dogs.

A couple of minutes later, there was a perfect straight path of parallel 18.4R38 lines showing the way as clear as day for those who couldn’t see, and even for those who wouldn’t.

The long and the narrow of it

On the way home, I promised myself that this year we’d finally invest in a mini-boom sprayer to go on the UTV, and mark the paths with the glyphosate in the spring. If it’s still legal, of course.

The irony is that Godwin’s Park is the busiest field on the farm for paths. It’s long and narrow, with six irregular sides.

Two of those sides are Rights of Way, and there’s only half of one of the remaining sides that isn’t used as a path by locals.

Add that lot to the two footpaths that cross the field, and it would probably be quicker to mark out the area of the field that isn’t walked.

Another Council letter would probably follow, though, and I doubt they’ll be polite and considerate for ever.