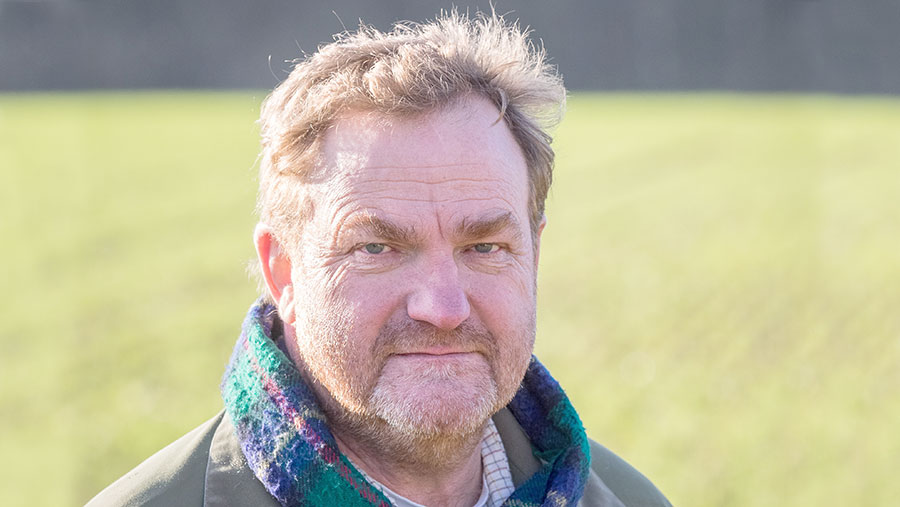 It was great honour to see my new book, Sweet Home Hinton Ampner – the tenant farmer’s diary from 2015, featured in the Farmers Weekly Christmas gift guide last week, tucked neatly between the FW desk diary and the Tractor Ted onesie.

(I call it my “new” book, even though it’s my “only” book, but “new” sounds far more professional and dramatic.)

Since then I’ve had a flood of messages pouring into Flindt Towers, and both of them wanted to know the same thing: what on earth possessed me to sit down at the end of every day and bash out yet another 600 or so words, chronicling the day’s events?

Well, I thought it needed doing. The world is full of diaries: the two-liner ones we all keep (“Harrowed upper meadow. 40 units N on OSR”), the best-selling diaries of brave and hardy souls farming organic rare breeds on a mountainside (good luck to them, but not my thing), and the celebrity diaries which clutter up the bestseller lists, but whose sole purpose is to knock conventional agriculture.

The last farm diary I read that told of the nitty gritty of day-to-day non-woke farming (the sort that nowadays does the vast majority of food production) was H Rider Haggard’s A Farmer’s Year – from 1898, when the word “woke” hadn’t been invented.

You never heard a farmer say “sustainable”, “sequestration” or “organic” back then, either.

Anyway, I finished my ramblings in a ferocious hailstorm on 31 December, and they sat on the computer for many months, unused.

And then I read one of those celebrity diaries, The Running Hare by John Lewis Stempel.

It had featured heavily in the bestseller charts, and was getting fawning reviews in all the papers.

It was full of utter nonsense.

Not just the usual anti-farming eco stuff, but huge whopping falsehoods that anyone who actually knows about farming would have corrected. (I particularly enjoyed one claim that he ploughs his ground in lands, but simultaneously all uphill.)

Read it at your peril – you’ll need breaks to calm down.

It was enough to make me dig out my 140,000 words and find someone who wouldn’t laugh at the idea of polishing them up a bit, and knew how to turn them into a book.

Why should you buy one? Because you’ll recognise the endless battle against rain, paperwork and rural crime.

Because in 10 years’ time, when St Greta and the Packhamaniacs have banned everything we do (conventional farming, recreational travel, shooting), it’ll be a great nostalgia trip.

And in 15 years’ time, when the food runs short, it will remind people how to grow healthy bounteous crops using chemicals and machinery – although much of the time I illustrate how not to do it.

You should also buy it because I need the money: hardcore Remainers have bought the Jolly Flowerpots, and my tab is likely to be called in (not far off £350m/week).

You must buy it because the nice people at Farmers Weekly reckon this week’s column is just a gratuitous advert for a book, and seem reluctant to pay their usual generous fee. Can’t blame them.

So make your way to Amazon or eBay and find it there. Or, if you still like cheques (and who doesn’t?), pop one for £11.99 in the post (payable to CH Flindt) to Manor Farm, Hinton Ampner, Alresford, Hants SO24 0LE.

It’ll make my Christmas; I do hope it will make yours, too.