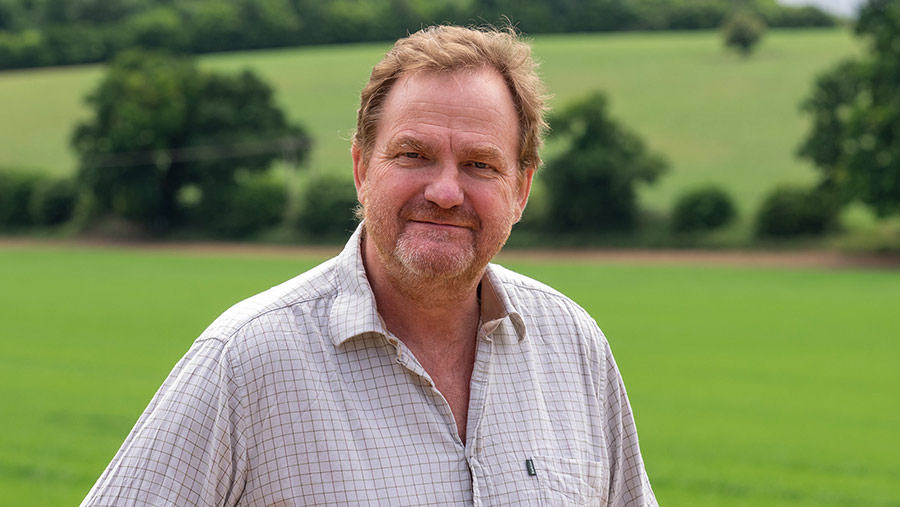 Right. That’s it. Oilseed rape is definitely off next year’s cropping plan. Yet only a couple of days ago, there was still a respectable area of yellow on the carefully coloured-in farm map.

I really thought I’d won the battle this year. We sowed it at a ludicrously high seed rate (some planned, some accidental), and after 11 months of “will it, won’t it?”, there was a 48-acre field looking crisp and mostly even, if not deep.

It would be worth the grim job of installing the special lower sieve and the brutal side knife.

After a turn or two of headland, I was feeling even better. The first 9t trailer had left after about 10 acres, but they included bald bits, rabbit bits and partridge beetle bits.

The second trailer was full after about seven acres. “Hah!” I thought. “We’ve got this sorted!”

We got to just under six trailers. Some high-speed mental arithmetic reckoned that with a yield like that we’d be up there with the top rape growers this year.

But it all went downhill from there. For some reason, the job of getting the special sieve back out turned into head-butting competition with the sharp underside bits of the little New Holland.

My son, who was helping support the sieves while I battled with the arms’ length M10 bolts (I’d be a great gynaecologist) thought the blood running down my buzz-cut head was hilarious.

He offered to buy me a helmet. That’s all I need – an even narrower field of view.

And the way the day was going meant that we went a bit over the top with the plastic guard and duct tape on the side knife – a bleeding head is one thing, fingers v knife sections is another.

We got there in the end, even if the yard did resemble an episode of Casualty. And I was sure that by the time we’d brimmed two artics, the pain would be worth it.

When the first lorry arrived, I was doing more conversions on the combine, fitting the lifters for the peas.

I’d had an argument with a large stone in the wheat (no seed-bed rolling last autumn) so there was also a section and a couple of fingers to be replaced.

The phone rang. It was Team Shovel reporting from the bounteous heap of oilseed rape.

They’d filled the lorry and there was next to nothing left. It turned out that it was weighing a tad light – somewhere between polystyrene and goose down. I could forget my optimistic ton-and-a-good-bit to the acre figure.

My mind wasn’t on the job when reassembling the sharp bits on the combine – I was miles away, contemplating whether the future was different break crops, two-year eco-mixes, or even if we give oilseed rape one more last and final chance (again).

As a result, I carefully undid the carriage bolts on a perfectly good combine finger, and then, once I’d sorted that and moved to the broken one, put the collar for the lifter back on the wrong bolt.

By this time, I was hot, I was sweaty, and getting a bit fed up. Sod it, I thought. The carefully spaced lifters will just have to look a bit skew-whiff this year.

As I started the long ungainly climb off all-fours, my left hand went firmly and neatly down on to a flat and perfectly palm-shaped thistle lurking on the edge of the field.

Once my Tom and Jerry howl had died down, I had decided: that’s it: no more oilseed rape. Anyone want a sieve and a side-knife?

The last straw – or rather, the last thistle © Charlie Flindt