In a normal job, it must be dead easy to look after your glasses. But after a couple of decades of being bespectacled, I think it’s safe to say that farming and glasses don’t mix.

I was very proud of my first pair. They were precious transparent miracles. The monthly battle with the ledger suddenly ended: 5 stopped looking like 8, and 1 was no more mistaken for 7.

Wearily plodding my way through all the invoices in search of the missing couple of pennies became a thing of the past.

They got the full coddling treatment: a hard case, plenty of polishing cloths, and a solemn vow to treat them with the respect they deserved.

Mind you, the money they’d cost in the pish-posh optician in the local pish-posh town meant that I was duty bound to cherish them.

And then, somehow, they made their way out of the office and on to the farm. They became needed for non-office stuff like the workshop and the tractor.

The paperwork started to pile up in the cab: drill records, spraying records, dodgy Transit number plates – lots of recording to do. (Funny to think you could once do a week in a tractor without a pen.) 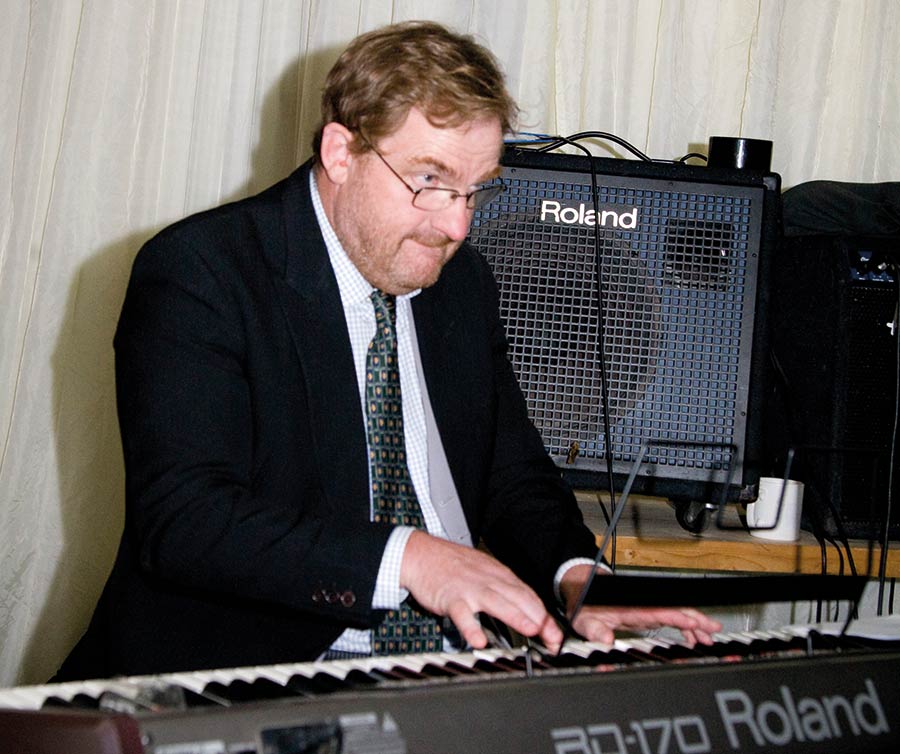 Glasses became a permanent companion – even out on gigs with the band. I bought a slim case to pop them in when they weren’t needed, but that became more trouble than it was worth.

The glasses were either on the nose or in the shirt top pocket.

I toyed with the idea of putting them on a string round the neck, but the H&S implications didn’t bear thinking about – and I didn’t fancy looking like a creepy geography teacher.

Delicate designer glasses really struggled under farm conditions. One “temple” (the arm that goes down the side) broke clean off and had to be replaced with a thermoformed strimmer blade attached with tiny zip ties and heat shrink tubing.

I was actually rather proud of my DIY job, even if they didn’t fold and removing them in a hurry risked re-enacting the most gruesome scene from Reservoir Dogs.

Once I’d moved over to internet shopping, things got a lot cheaper – having taken my life in my hands at the next eye test and pointed out in a Bateman moment that I was not obliged to shell out another 300 quid for fragile Armani.

You could buy ‘em cheap online, so when the next pair vanished off the face of the earth, you just grabbed the spare ones.

Hazel often picks up a pair or two in the supermarket – always good for emergencies, but a far cry from that cossetted first pair.

Nose pads go missing regularly, snagging in clothing when being yanked from the pocket. The glasses suddenly become rather painful to wear, and now sit off-centre.

In my case, it’s not helped having a nose that collided with an elbow many years ago in a line-out, and is already half an inch off-centre.

Great for shooting (larger field of view from my master eye) but terrible for supporting frames – even with pads.

But the time has come to seek a fresh pair. I have just bought a new harvest machine. It’s huge, it’s green and it comes with a screen.

I’m going to need good specs to keep an eye on proceedings, not ones scratched to blazes from hours in a gritty pocket – but I’ll be staring into the middle distance/cutterbar at the same time.

It looks like a bit of string will be in order. I’d better go and swot up on oxbow lake formation and map contour cross-sections.